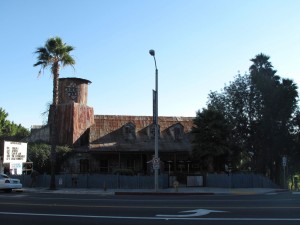 In Moira Roth’s seminal essay, Toward a History of California Performance: Part Two,

she argues that one of the reasons why there was such an abundance of performance-based work being executed in 1970’s era Southern California was because of an influx of East Coast artists visiting Los Angeles in the previous decade and staging original performative works here. This, in her opinion, influenced the following generation of L.A. based artists into direct action and outside of a traditional object-based studio practice. I would add that this outside influence Roth speaks of not only came solely from the East Coast, but also from Europe, as well as smaller, closer art centers like San Francisco. These observations challenge the notion that Los Angeles (as a site for art production) existed at that time as a detached, desolate outpost where artistic influence was neither imported or exported, but existed somewhere else completely.

For the Legacy fellowship, I will expand on Roth’s notion by using the smaller project room/gallery as a studio/research laboratory to further investigate and elaborate on the specific influential outside projects Roth mentions in her essay. I will also bring to light other performance pieces from that period that have been largely ignored or forgotten about, but nonetheless had a huge immediate influence on the creative culture here and ultimately abroad.

My proposal is odd in that its focus isn’t derived from the work and history of the local artist, but from the artist who was simply passing through. Much like the work that these individuals produced, their stay in Los Angeles was ephemeral. As a result, their pieces executed here remain in a form of art historical limbo because of their dislocation from the major art capitals of that time, like New York, London, or Paris. This is where the notion of site comes in and its importance in regards to the material and project. Throughout this whole process, I keep asking myself, what do we do with this work? Is it any less relevant because the artists weren’t from here? Is it truly a part of our history? If anything, the pieces by these “outsider” artists collectively amounted to a very impressive opening set of acts for the collective main events that would follow in the next decade from the local cognoscenti.

My exhibition in the gallery will essentially be an ongoing visual “timeline” documenting these somewhat disparate projects. It will consist of primary and secondary source material that will include: ephemera, drawings, photocopies, photographic documentation, newspaper articles, maps, catalogs, transcribed interviews (my own and pre-existing), photographs (of locations where these performances originally took place), and audio and video components. The project will not be complete by the time of the opening, but will exist in a work-in-progress state that will allow me to continue my research throughout the duration of the show. This methodology will make the exhibition less of an exhibition and more of an ongoing intervention by a young artist trying to locate himself within this multi-layered framework. As a result of this, I will be on hand in the space consistently throughout the fellowship to engage with the viewer in an effort to share my findings on a one-to-one basis. While there, and because the smaller project room is more conducive to a studio environment, I will be working on my own pieces (both performance and object based) that will function as responses and reflections of the specific works and artists included in the show. This makes my proposal slightly performative in nature, yet set within the physical context of a constantly evolving, process-oriented installation.

Vincent Ramos was born in Santa Monica. He received his BFA from Otis College of Art and Design in 2002 and his MFA from the California Institute of the Arts in 2007. He has participated in numerous group exhibitions, most recently “All Time Greatest” at FOCA, Los Angeles (2009), “Post-American L.A.” at the 18th Street Art Center, Santa Monica (2009), and “NY/LA: Artists from New York and Los Angeles” at GBK Gallery, Sydney, Australia (2008). He had a solo exhibition entitled, “Motown Took Us There and Motown Brought Us Back” at Crisp London Los Angeles in 2008. He will participate in a two-person exhibition at Las Cienegas Projects in Los Angeles next spring and is currently in the process of curating a group exhibition entitled, “8/29/70” for the Vincent Price Art Museum at East Los Angeles College that will open in the fall of 2011. His work has been written about in X-TRA, Art Week, and the Los Angeles Times. Ramos is a 2010 recipient of the California Community Foundations Emerging Artist Fellowship. He was raised, lives and works in Venice. Visit www.vincent-ramos.com for more information.