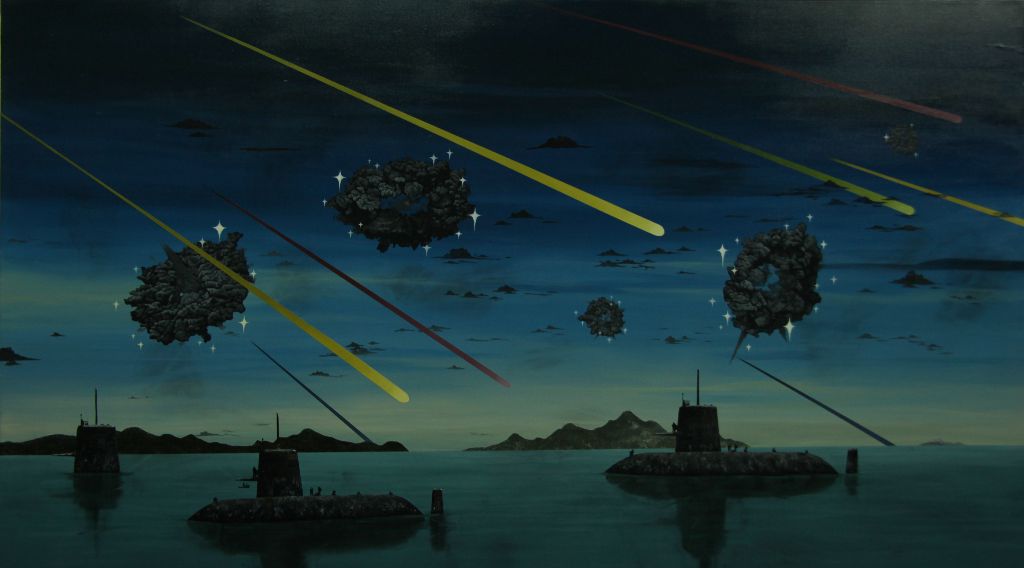 During the daytime, Tsai Shih Hung is a strict art teacher in an elementary school in Taiwan. At night, he transitions into a creative artist expressing what he feels and sees in society through his paintings. His artworks are full of the contradictions and complexities of life. “My works are my conscience responding to different incidents that happen in society,” Tsai says. “They never tell lies.”

Tsai is currently a visiting artist in residence at 18th Street Arts Center, with a solo exhibition opening on September 6 alongside two other solos by resident artists Miljohn Ruperto and Yukako Ando. His residency and exhibition are supported by the Ministry of Culture, Taiwan, and Taiwan Academy Los Angeles. Tsai earned an MFA from Taipei National University of the Arts in 2006. He has won several awards including ART TAIPEI MIT and Art Tainan in 2013, and the Kaohsiung Award in 2012. The Ministry of Culture has supported Taiwanese artists in residence at 18th Street annually since 1999, providing artists with opportunities for dialogue and cultural exchange in Los Angeles.