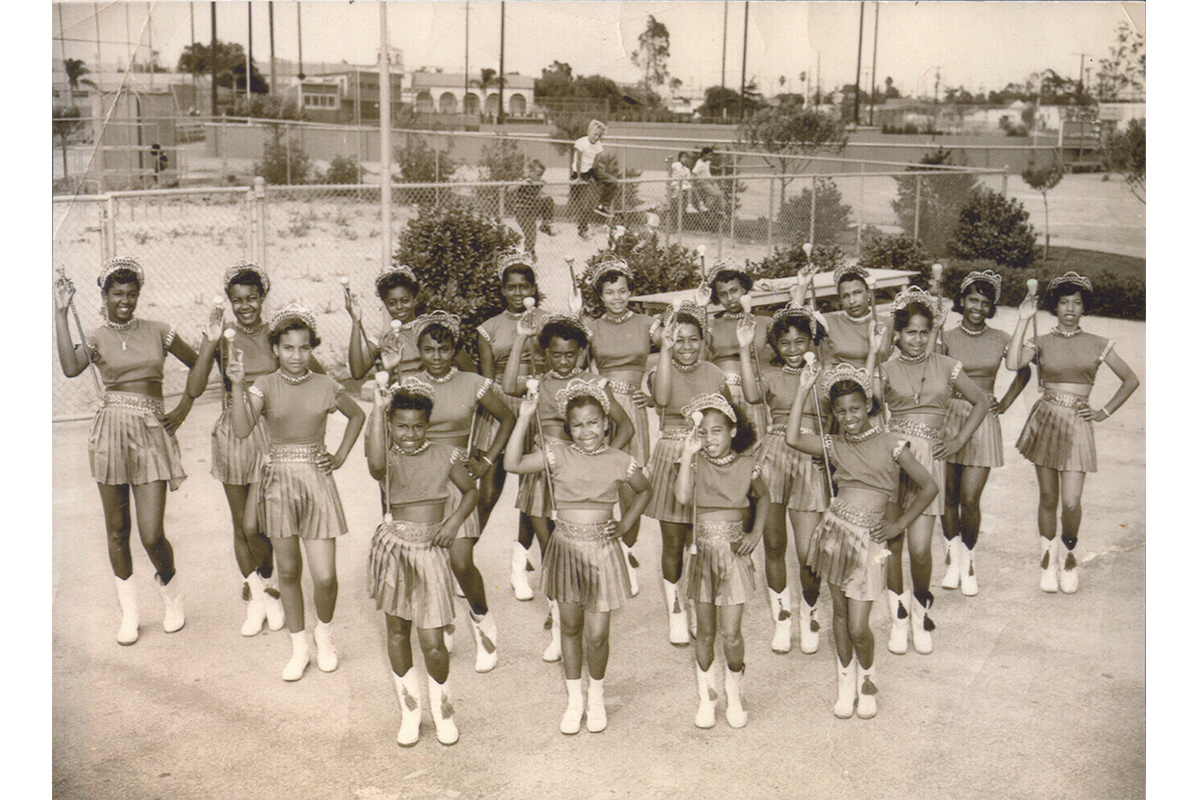 In observance of Women’s History Month, Virginia Avenue Park, 18th Street Arts Center, and the Quinn Research Center are teaming up to celebrate the life and work of Thelma Terry, a community leader with a lasting legacy around teen recreation, athletics, and arts education in the Pico Neighborhood of Santa Monica. Through her life’s work, Thelma Terry touched so many in the community, but has very little presence online or in the history books. Through the efforts of Quinn Research Center, researcher Sabrina Fields, Virginia Avenue Park, and 18th Street Arts Center, Terry will finally have a Wikipedia page that matches her profound influence in the community. The Quinn Research Center provided photos and historical information on Thelma Terry from their archives for this page, and 18th Street Arts Center was able to provide some first-hand oral history accounts from their culturemapping90404.org project. Through art-making, sharing stories, local history presentations, food, and more, the community will celebrate Thelma Terry’s legacy at the Thelma Terry Center on Saturday March 7, 2020 from 10am-1pm.

Nestled in Santa Monica’s Pico neighborhood, the Thelma Terry building is a recreation facility right in the heart of Virginia Avenue Park. The building is used primarily for community gathering activities: everything from baile folklorico rehearsals to rent control information sessions. Although the essence of these activities are in line with the legacy of Thelma Terry, only a few know about her influence in the Westside, specifically in Venice and Santa Monica.

Upon having this realization, Carolyne Edwards, co-founder of the Quinn Research Center, expressed this frustration to Carla Fantozzi, Principal Supervisor of Virginia Avenue Park and Sabrina Fields, longtime resident and community organizer of the Pico neighborhood. Having recently attended a training session put on by the national organization Art+Feminism, which trains people to write new Wikipedia pages particularly for underrecognized women of color artists, Fields suggested constructing a Wikipedia page for Mrs. Terry. From there, a committee of cultural workers began to gather once a month with the goal of unraveling and materializing Thelma Terry’s role within Santa Monica history.

“She had a natural talent for reaching out to young people, and people were just naturally drawn to her. She listened to young people.” Edwards says as she recalls how Mrs. Terry used to work at The Recreation Center, also known as The Rec, now Memorial Park, home to The Cove Skatepark. For African-Americans coming of age in the 1940s, Mrs. Terry addressed their needs when no one else was willing to through her leadership in parks and recreation.

Mrs. Terry was known to host teenagers in her living room, providing a safe space to many, especially those with working class families who had nowhere to go due to the lack of after school programs at the time. Edwards recalls how Mrs. Terry worked with her uncle Al Quinn, the namesake of Quinn Research Center, and his wife Sylvia Quinn, in the late 1950s. Together they provided an after school program at Garfield School, now home to Santa Monica/Malibu Unified School District, focused on crafts, music, dancing, and movies. This space was an important piece of social infrastructure for the community, especially during the summer months when school was not in session.

“Ever since I learned that so few women and especially women of color are included in Wikipedia, I have been motivated to do something about that. So when I heard about the Wikipedia-thons and our interest in documenting Thelma Terry, I thought that we had an opportunity,” says Carla Fantozzi. The committee of cultural workers, led by Carolyne Edwards and Sabrina Fields, began to gather the fragments and evidence of Terry’s life using the Wikipedia entry process as a framework.

The Quinn Research Center’s archive housed crucial material on Mrs. Terry’s life.  Some of the artifacts observed and referenced during this process were the minutes of a Santa Monica social club called “The Negro Musicians Club,” a collective of African American piano players whose members included Thelma Terry and Daisy Quinn Payne, Edwards mother. The notes were taken on an airmail stationery that was used to send letters to the military during WWII. In fact, Mrs. Terry attended Phillip Chapel Christian Methodist Episcopal Church, the city’s first African-American church, located in Santa Monica’s Belmar neighborhood, and played the piano throughout the year in support of the youth that organized there and their programs. The archive also has newspaper clippings of Mrs. Terry and Mr. Quinn, who were featured in Santa Monica’s Evening Outlook newspaper as judges of a youth beauty contest in the Santa Monica and Venice areas. In addition, the archive prides itself for having an image of The Terryettes, an all girl drill team organized by Thelma Terry. These pieces of memorabilia helped shape the story of Thelma Terry.

“Working with Carolyne and then Sabrina being willing to write the article, it was the perfect combination. It has taken us a while to accomplish but we are finally here! Now we have to identify additional women to feature. It is so exciting!” expressed Fantozzi.

The event on March 7th will feature a community art-making activity with Debra Disman, a presentation from Art+Feminism’s West Coast rep Stacey Allan, memories of Mrs. Terry from her contemporaries and students, and a call for more Santa Monicans to get involved in future Wikipedia-thons to record and write the histories of underrecognized women leaders of color in this community. For information or to get involved in a future Santa Monica-focused Wikipedia-thon, please email sbyank@18thstreet.org.

ABOUT THE QUINN RESEARCH CENTER

The Quinn Research Center is the concept of Carolyne and Bill Edwards as a tribute to the legacy of Dr. Alfred T. Quinn, a prominent Black educator, community leader and icon of the Santa Monica Bay Area in the mid to late 20th century. As his niece, Carolyne wants to preserve and share the contributions and achievements of a man dedicated to education and the advancement of every individual. She also wants the QRC to be a place of inspiration and empowerment for future generations.