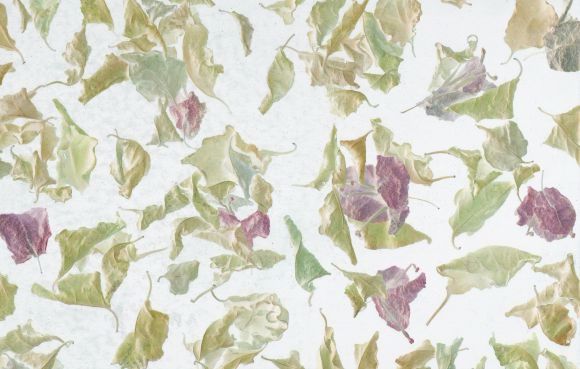 Where do flowers go when they die? Taiwanese artist Chih-Chien Chen explores the life cycles of plants in a series of conceptual artworks in video, drawing, and sculpture for his debut exhibition in Los Angeles, “Flowing.” Chen’s exhibition is presented in conjunction with a three-month residency at 18th Street Arts Center supported by the Ministry of Culture, Taiwan and the Taiwan Academy in Los Angeles. He is exhibiting four works, three of which are new creations made on-site, in 18th Street’s Atrium Gallery through August 29. The new pieces all contain the Bougainvillea plant, a motif that has been extended from his previous work in Taiwan. Chen will open his studio and exhibition at 18th Street this Sunday, July 19 from 11 a.m. to 3 p.m. as part of the campus-wide Champagne Social open studio event, and will also be featured in a closing reception on Saturday, August 29, from 6 to 8 p.m. alongside Artist Lab Resident Candice Lin. 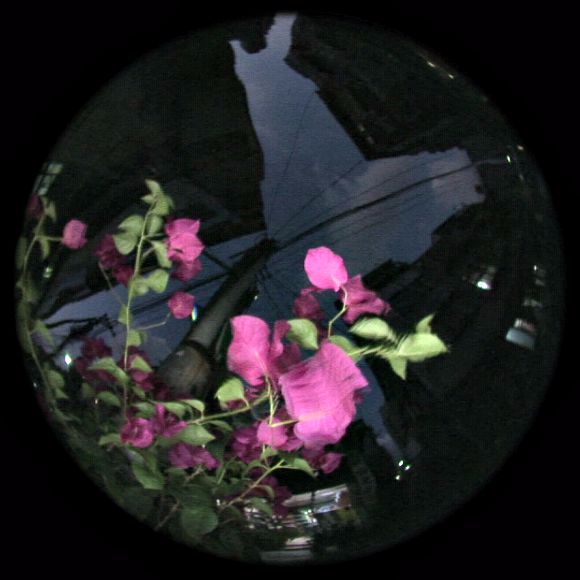 Chen is one of four members of the Taipei-based digital art collective LuxuryLogico, who mainly create video installations that explore the theme of “time.” At 18th Street Arts Center, Chen has taken the opportunity to experiment as a solo artist during his residency and has chosen to narrow down his research to “the value of existence.” Just before he left Taiwan for Los Angeles, he came across an article in The Daily Mail entitled “Your entire life is an ILLUSION: New test backs up theory that the world doesn’t exist until we look at it,” describing a recent scientific experiment which proves the famous quantum mechanics theory arguing that a particle’s past behavior changes based on what we see. Physicist Andrew Truscott, Associate Professor at Australian National University where the experiment was conducted, argues, “It proves that measurement is everything. At the quantum level, reality does not exist if you are not looking at it.” In other words, reality, or the external world, only exists as we perceive it, and if we perceive it. Complementary to Chen’s own research, this scientific theory calls for a rethinking of existence and its value. How do we know that something is real? How do we determine the eligibility of something’s existence, and what unit of measurement can we use? “Before I came to the States,” Chen says, “I had a lot of imaginations about the place since I’ve never been here. When I arrived and gradually experienced L.A., I felt disoriented and unsure — time and space were in disharmony. That enhanced my awareness of existence.” Chen attempts to recreate such disruptions in his work so that audiences can share in this heightened awareness. 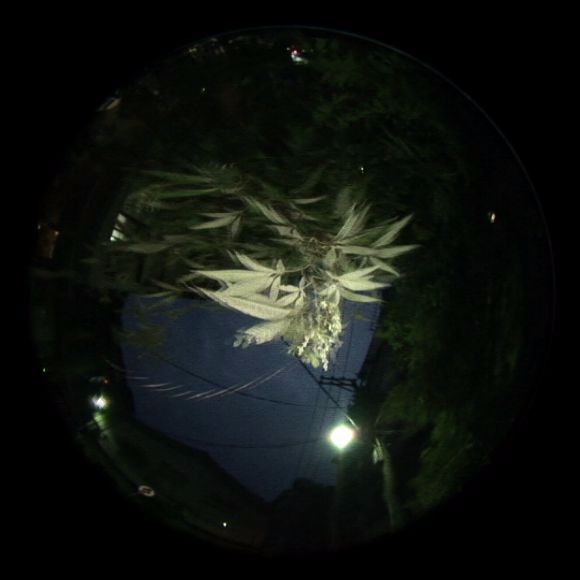 “Flowing Pride: Ripple” (2009), a video created in Taiwan, makes use of observation as a method of obtaining lost time, as the imagery is received and collected into the brain’s memory banks. It displays a distorted view of a Bougainvillea flower, set against a cloudy cityscape. The flower seems to be floating on water, its reflection seemingly warped by ripples. It is an overlooked corner in the city, a forgotten scene recorded by individual images. Information may be missing and irretrievable, but to Chen, the action of reassembling the images to imitate the view he witnessed manifest into a conservation of lost time. “The cityscape is my material to explore the idea of existence,” he explains. “There are many people and happenings that are under the spotlight, things that people love to talk about. But for those things that nobody mentions, they seem invisible, almost disappeared. Does that mean they are non-existent?” Chen strongly believes that one’s existence is made up of the many people, things, and events that garner one’s attention, aspects which vary from person to person. Only through being interested in these external factors does time have meaning, and life gain purpose. 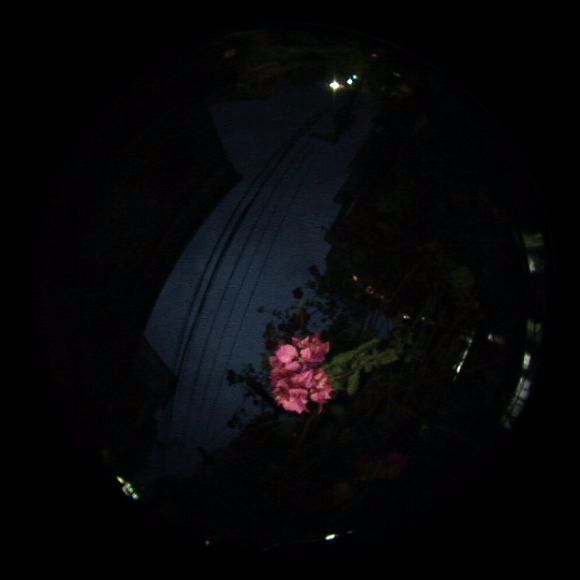 In order to explore how one measures the value of existence — be it one’s own or another’s, alive or dead — Chen started to develop a step-by-step method that contains four stages: selection, attainment, conservation and value. First he selects and attains his subject material: a pot of dying Bougainvillea purchased at the flower market in downtown Los Angeles. Creating new pieces based on the Bougainvillea not only extends the floral motif, but embedded in the selection of this particular flower is also a sense of nostalgia and homesickness, as the Bougainvillea is a common sight in Taiwan. Chen conserves the plant through action — drawing, sculpting, photographing. Observing the Atrium Gallery space, he was attracted by a skylight that created elongated shadows against the wall. Thus, for “Elapses” (2015), he placed the potted plant on a large sheet of paper on a plinth, with the paper falling down the edge. Under the sunlight, he quickly yet carefully traced shadows as they distorted throughout the day, ending up with a dizzying overlapping of shadows created by different positions of the sun. Speaking of the drawing process, Chen describes how “through the drawing pen, time seems to gain gravity. It is guided to the margin/edge/boundary; it slides down, and rises back up to the horizon. This is one fashion to conserve time.” The last stage, value, is indicated by the time Chen spent working with the plant, which is physically manifested as the drawing. 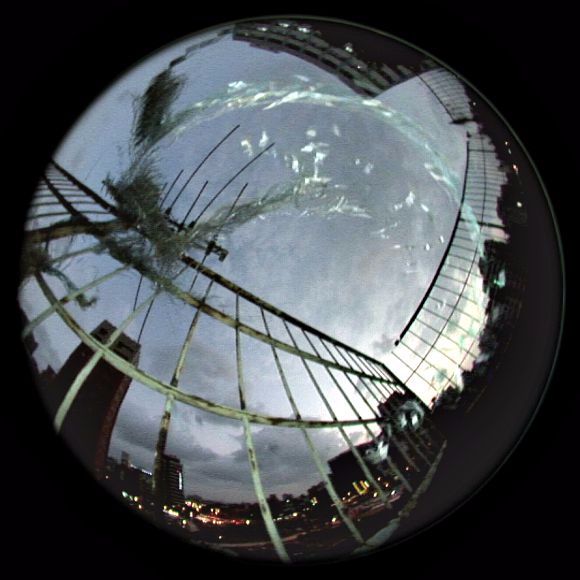 The concept of commemorative statues fascinates Chen. “How do we memorialize people who matter to us? We spend time grieving, we build graves and statues.” Time and space hence become indirect units of measuring value. For “Memorial” (2015), Chen recreated the silhouettes of fallen leaves with thin copper wires stripped out of discarded electrical cables. The result is an amalgamation of sculpture and drawing. Arduous and scrupulous, Chen observes the leaf as he twists and sculpts, concentrating on its crinkles and veins, on every minor detail. He explains that this effort of concentration is his method of memorializing the potted plant that he fondly calls his “roommate,” the same way a writer does while writing a eulogy for a deceased person. The measured and orderly positioning (each one is 10 cm apart) of the exquisite tiny sculptures on the plinth is reminiscent of the American Battle Monuments Commission cemeteries located in 16 different countries. Inspired by their simple design — thousands of white crosses arrayed in symmetrical rows upon a vast field — the result is breathtaking and touching, recalling how the vastness and number of the cemeteries’ identical white crosses drive home the magnitude of lives lost. Similar yet different, Chen utilizes the concept of space, in addition to formulaic arrangement, as a physical medium to determine importance. The small scale of the sculptures and their seeming delicacy draws in the viewer’s eye, offering a reminder of the Bougainvillea flower’s once glorious past. The plant that is generally taken for granted now has its status elevated, rendering its existence memorable. 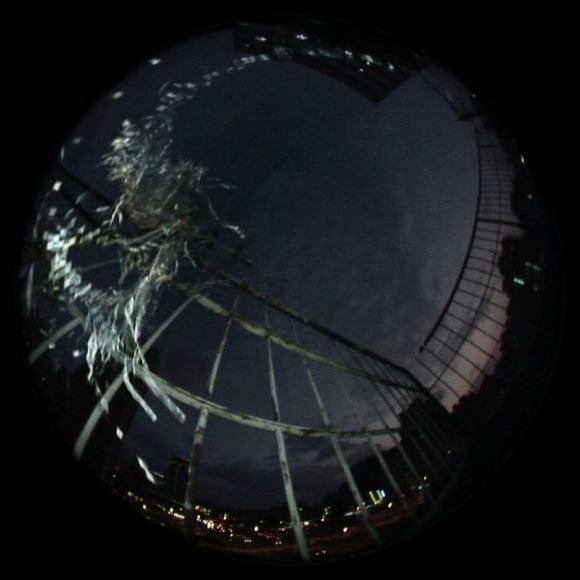 Further experimenting with various methods of conservation and bestowing value on unlikely objects, Chen has started a new series of prints called “Heaven,” one of which is displayed at the gallery. It depicts decaying leaves and petals scattered about, wrinkled and shriveling. They look as if they are floating weightlessly against a white background, their previously vivid colors drained into a muted palette. As to why the print is titled “Heaven,” he explains, “I was adjusting the exposure and colors of the image, when I got to this point where the background was a glowing white, and I realized that it looks as if the leaves were in Heaven!” Who would have thought that a common leaf would be granted entrance to the Pearly Gates? Such is the quirky and humorous mind of Chen. He finds humor in heavy conceptual ideas, and simultaneously manages to extract the serious in the surreal. “For one to be accepted into Heaven — isn’t that one of the highest achievements?” he asks. Chen is not religious, but recognizes the significance of the idea of Heaven: it acts as “storage” for the things and people we value, with the hope that someday we will be reunited. To him, the concept of Heaven itself feels like a very physical, realistic place, and is he glad that his roommate Bougainvillea has secured a spot. 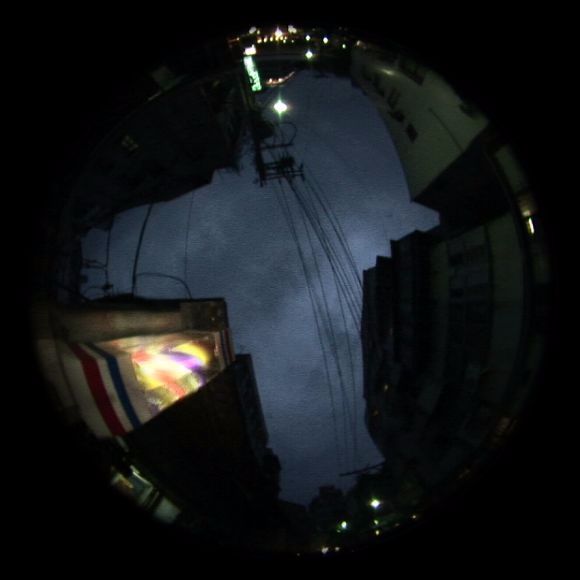