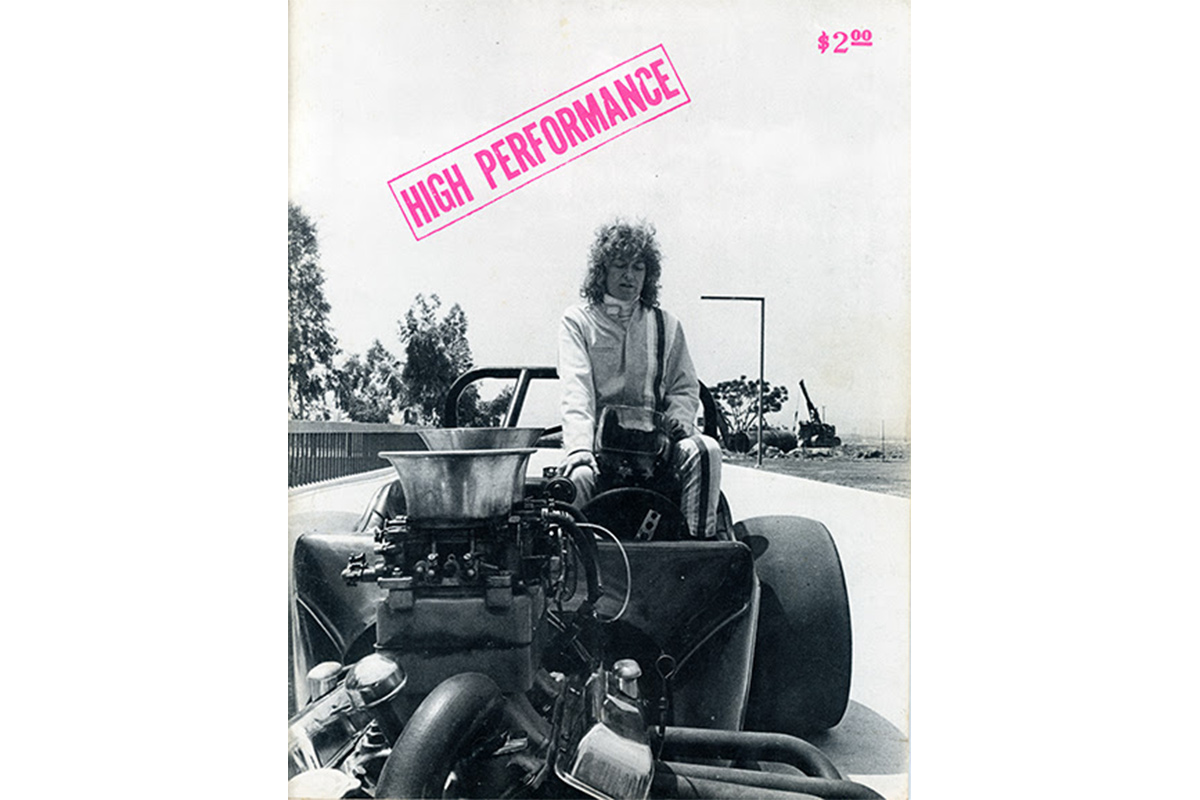 It was 1976, and the slim figure perched inside the loudly sputtering dragster was wearing a pale yellow jumpsuit. She pulled up in front of the Dominguez Hills State College library and began to speak in a rapid-fire monologue. 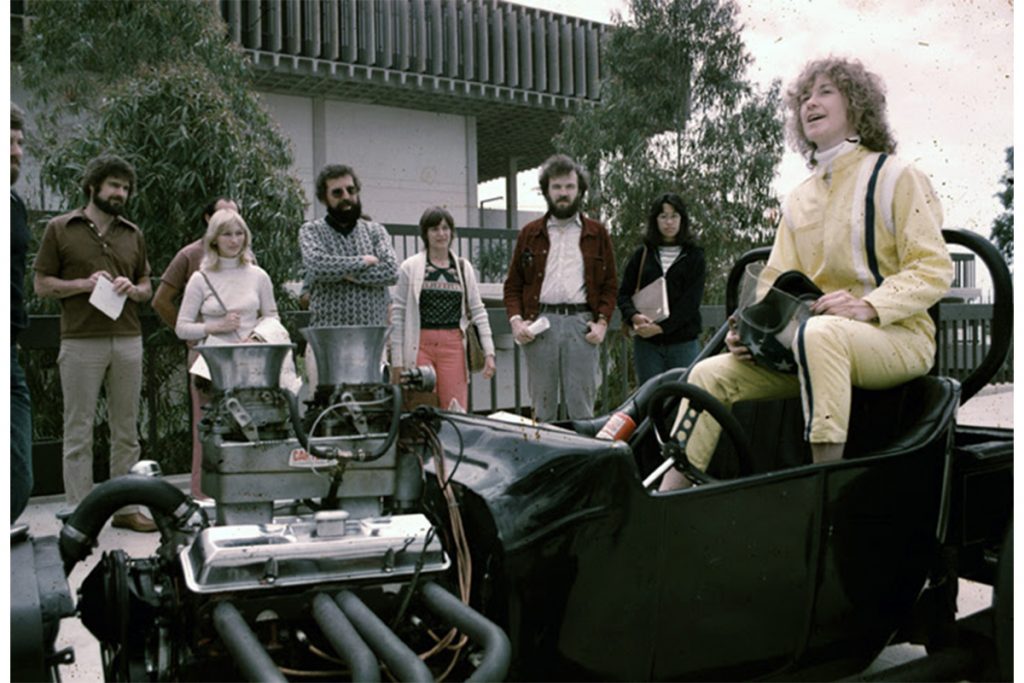 Beginning with her childhood in Wasco, CA, she calculated the number of blocks she traversed weekly, and how her movement across space grew exponentially until the present, when she moved up and down the length of the state each week, teaching one day in San Francisco, one in Los Angeles, and one in San Diego. She calculated the time she spent each year in travel and the time spent shaving her legs. She mused about how being an artist was like being Cinderella, building castles in the air and making coaches out of pumpkins. Survival as an artist, she remarked, requires an ability to build, then destroy, your own imaginaries in a search for the next metaphor.

As she spoke she casually put her foot up on the car door, revealing a glass slipper. At the end of the monologue, she tossed the slipper out of the dragster and drove off. 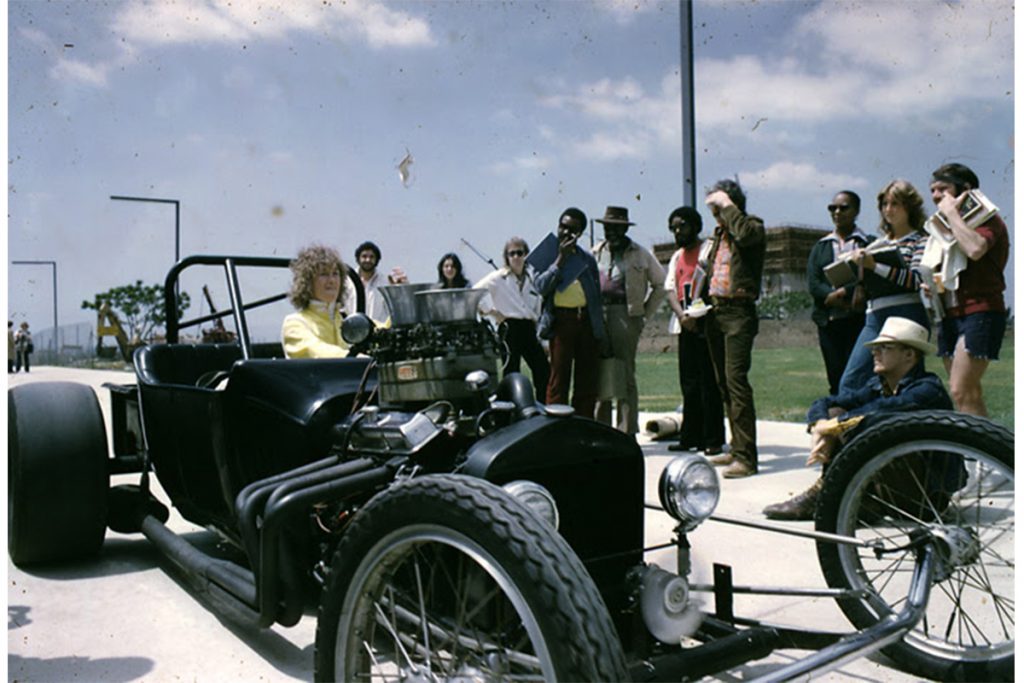 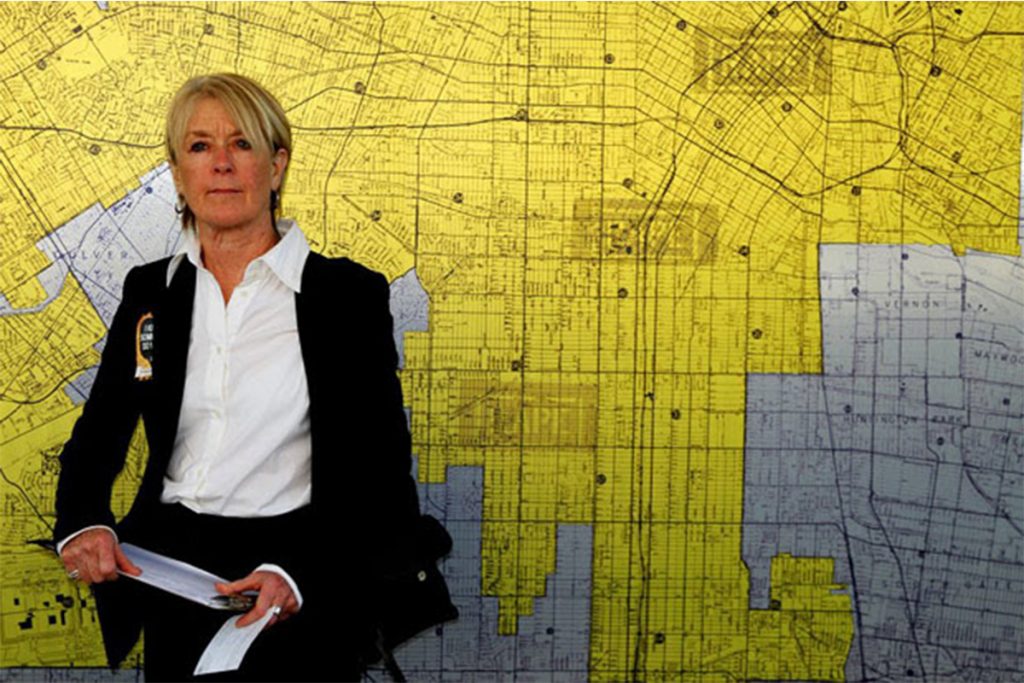 Since that early performance, Suzanne has gone around the world many times, collaborating with thousands of people, and training new generations of artist-activists committed to building (or destroying) future imaginaries in search of a more just society.

18th Street has grown up with Suzanne. She has helped shaped this place into the socially-minded platform for artistic expression it is today.

We believe in the work of supporting artists like Suzanne who make ambitious, big, risky, difficult works of art that challenge our assumptions and force us to look at society in new ways. But we can’t do it alone.

Help us reach our fiscal year-end goals, and donate today before the end of June.

And if you give $500 or more, we will gift you with a signed limited edition print of that very first High Performance cover from 1978, featuring Cinderella on a Dragster. 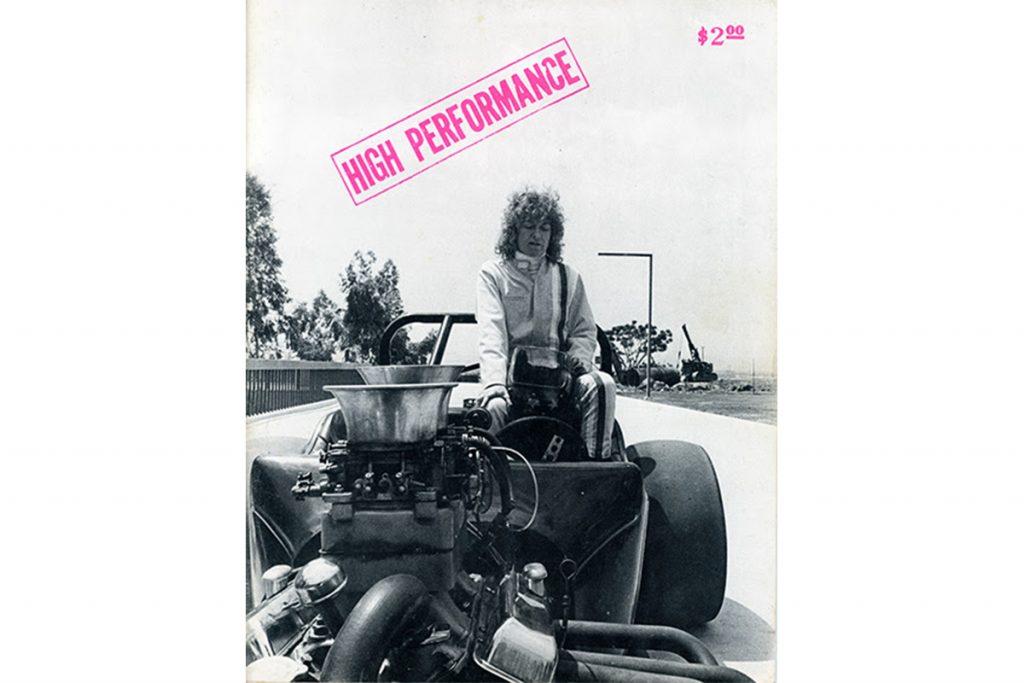 Join us now. Thank you for your generous support!