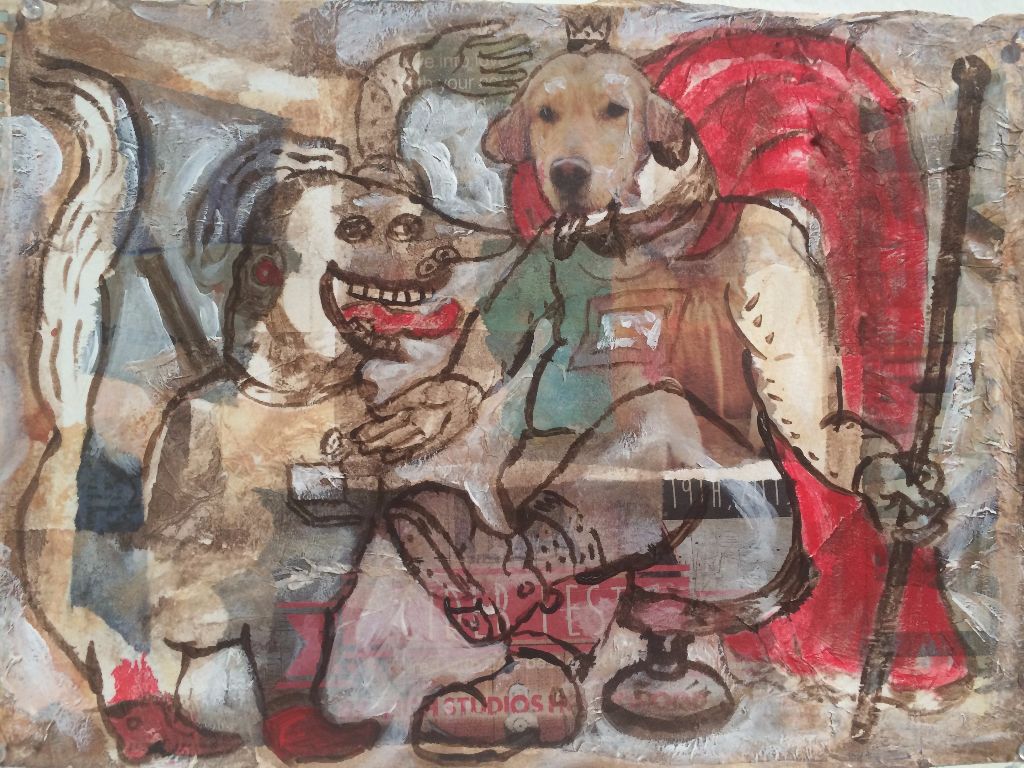 Following the opening of Juan Capistran’s solo show on September 12, 2015 Baik Art will send four Asian artists on a road trip to central and northern California. From September 13 to September 21, Ahmad Zakii Anwar, Heri Dono, Kow Leong Kiang and Putu Sutawijaya will travel together and visit many natural sites, including Big Sur, Yosemite National Park and Half-Moon Bay. The experience will culminate in an open studios event at the 18th Street Arts Center on September 22.

Each of the four artists is distinguished by the ways in which they address various themes through their work. Ahmad Zakii Anwar was born in 1955 in Johor Bahru, Malaysia. He uses paint and charcoal to develop highly realistic, metaphorical figures and still life compositions informed by his Islamic upbringing in Southeast Asia. Heri Dono, born in Jakarta, Indonesia in 1960, is often associated with the new internationalist movement in art. His paintings, sculptures and installations tend to combine humor and sociopolitical commentary. Kow Leong Kiang is known for his photographic portraits, in which a painterly, blurred quality is employed to alter the image’s aura. He was born in Selangor, Malaysia in 1970. Lastly, Putu Sutawijaya, born the same year in Tabanan, Bali, creates expressive paintings and sculptures often focused on the human figure. His figures’ organic forms and sense of movement are also influenced by sacred sites in Bali and Java, as well as the concept of the body as a temple.

Together, Anwar, Dono, Kiang and Sutawijaya will visit Hearst Castle, Big Sur, Santa Cruz, Half-Moon Bay, San Francisco, Sacramento, Lake Tahoe and Yosemite National Park. At Hearst Castle, they will explore California’s central coastline, and during three days spent in Big Sur, the artists will look for sea otters. In Santa Cruz, they will see redwood trees and visit various surfing destinations. Their drive along Half-Moon Bay will then take them to both the Crystal Springs Reservoir and Mavericks, where some of the largest surfable waves on Earth can be found.

Next, the artists will spend two days in San Francisco, visiting historical sites such as the Golden Gate Bridge, Alcatraz Island, Chinatown, and Coit Tower. They will also visit the Legion of Honor and the California Academy of Sciences, and they will have the opportunity to drive through Golden Gate Park and spend time at Mount Tamalpais State Park. From San Francisco, they will visit the Winchester Mystery House in San Jose, then continue up to Sacramento to explore the underground areas of Old Sacramento.

Finally, they will visit Lake Tahoe, and then spend three days at Mono Lake, Yosemite National Park and Mammoth Lakes. While traveling south to return to Los Angeles, the artists will also visit the Sequoia National Park, the Buena Vista Museum in Bakersfield and the Angeles National Forest.

Throughout the eight-day-long road trip, Ahmad Zakii Anwar, Heri Dono, Kow Leong Kiang and Putu Sutawijaya will consider ways in which these natural and historical places can influence their practice.