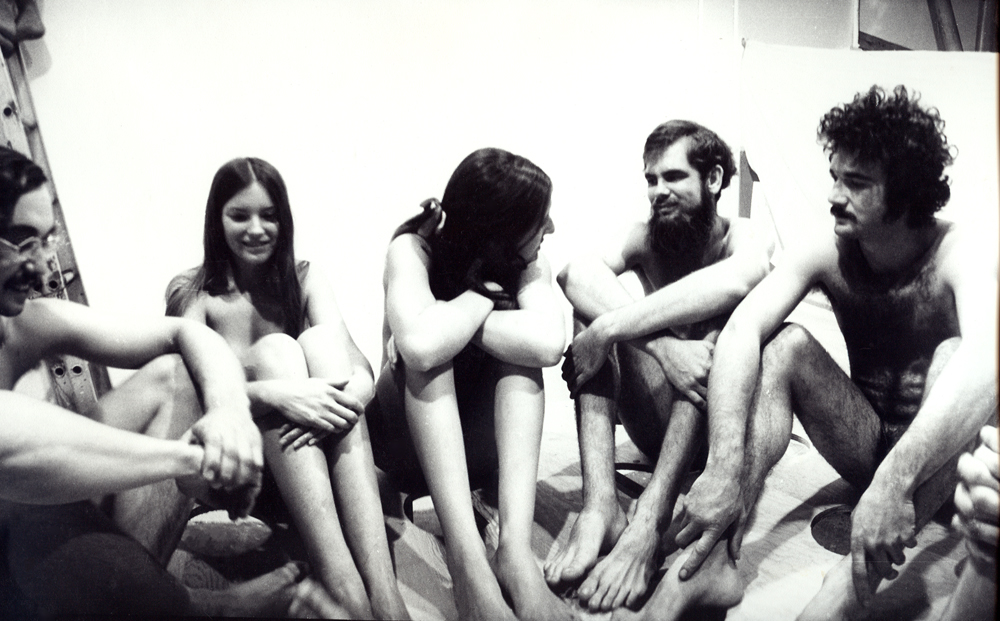 Collaboration Labs: Southern California Artists and the Artist Space Movement was unique in the Pacific Standard Time: Art in LA 1945-1980 festival of exhibitions. It demonstrated that much of the Los Angeles time-based work (focused on performance/video) in the 1970s grew out of and fed into the California artists’ space movement.  The political claims of ephemeral, time-based art (so often by necessity, collaborative) were forged in mutual dialogue with the alternative artist run spaces that increasingly shaped the landscape of post-war LA art. In addition, these practices, and the spaces that hosted and fostered them, were intimately related to the politics of the time (i.e. gay liberation, civil rights, freedom of information, and feminism). Curator Alex Donis references the social and economic conditions in California in the 1970s and presents artists’ works that reflect and investigate these conditions.

Keying in on five artists and collectives, Collaboration Labs: Southern California Artists and the Artist Space Movement tracked the alternative cultural infrastructures they developed to support their contemporary practice. Artist-run spaces in the 1970s were more than alternatives to the gallery system; they were frequently active locations of community organizing. The exhibition examined how the thinking that artists brought to the creation of their work was the same thinking that prompted the development of artist spaces. The exhibition focused on five specific case studies to trace the practices of artists and unique artist collaborations that were forged in dialogue with the artists-run spaces they were intimately involved in. The models they developed are now part of our cultural landscape and inform the work of emerging generations of artists.

From the seminal performance work by Rachel Rosenthal, the early queer video work of EZTV, boundary breaking art installations by Barbara T. Smith, pioneering media explorations by Sherrie Rabinowitz and Kit Galloway (Electronic Café International), to the feminist media interventions of Suzanne Lacy and Leslie Labowitz-Starus, these five influential and often overlooked artists and collaborative arts groups were fundamental to charting the course for the artists’ space movement and its vision of egalitarian artistic production and reception.

In selecting two media-based artists and three live/performance-based artists, curator Alex Donis proposed, through archival materials, documentation and original works, how these figures were informed by the loose, improvisational network of artists and how those loose networks were in turn reflected in the open-ended, collaborative works of these artists.