The exhibition is a curatorial collaboration between Saliha Kasap, the Istanbul based artist and Coordinator of Sanat Limani (İstanbul 2010 European Capital of culture ,  Antrepo 5) in Istanbul, Turkey, and Arzu Arda Kosar, a resident artist at the 18th Street Arts Center in Santa Monica, CA.

Inspired by the myriad of similarities between Istanbul and Los Angeles art worlds, both of which boast increasingly vibrant art scenes that may lack an art market akin to Europe or New York but counter balance it with the experimental and exciting work created in the absence of it, Kasap and Kosar curated a show that brings together artists from Instanbul, Turkey and Los Angeles at the 18th Street Arts Center.

.
About the Los Angeles-Istanbul Connection Artists: 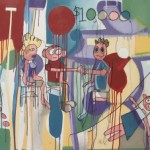 Carol Es is a self-taught artist whose work bears dark, yet childlike humor that interweaves throughout her paintings, drawings, installations, and books making these narratives nearly accessible. She is a two-time recipient of the ARC Grant from the Durfee Foundation and was recently awarded the prestigious Pollock-Krasner Fellowship. Her works are featured in numerous private and public collections, including the Getty Museum, Brooklyn Museum, UCLA’s Special Collections, the Jaffe Collection, and Centre Georges Pompidou in Paris. 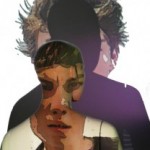 Gul Cagin is a Los Angeles-based installation, mixed media and performance artist whose work examines representation in relation to “sameness” and “difference.” She tries to explore exclusionary effects of representation in relation to bodies and places. Her projects focus on how established values, codes that are internalized by a part of society as ‘normal’ becomes subject to contestation, negotiation and alteration by other parts of a society. Cagin received her Bachelor of Fine Arts degree from the University of Southern California (1999) and Master of Fine Arts degree from Claremont Graduate University (2001). Her works have exhibited in venues such as Istanbul’s Sanat Limani, the Museum of New Mexico, Highways Performance Space (L.A.), Raid Projects (L.A.), Centre Civic-Barcelona, Occidental College (L.A.), San Diego Art Institute, Crazy Space (Santa Monica), LACMA, The Armory Center for the Arts (Pasadena) and private residencies. 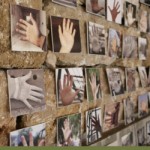 Insel Inal was born in 1969, Canberra, Australia. He lives in İstanbul and works as an assistant professor in the Faculty of Fine Arts, Kocaeli University where he heads the Ceramics Department. İnal organized “Performance Days” among other interdisciplinary panels and events, and chaired the “Association of Interdisciplinary Young Artists.” He founded the Keramos Art Gallery and organized exhibitions and activities, which questioned the relations between the arts and other disciplines. İnal’s ceramic work is featured on many architectural structures and in collections. His performances, videos, installations, sculptures and other works have been exhibited internationally. 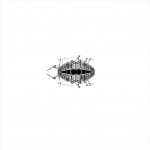 Saliha Kasap holds a degree in Arts Administration from Yıldız Technical University in Istanbul and has completed graduate work in Photography at Mimar Sinan University. Her photo collages resembling insects, derive from her observations on Istanbul’s cityscape and the omnipresent construction sites, giant cranes and incomplete skyscrapers that dominate the skyline. 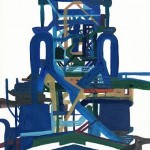 Marcie Kaufman earned her BA in Art History at the University of Southern California and MFA in Painting and Photography at Claremont Graduate University. Her work responds to the landscape and creates connections with the human body. Her mixed-media artwork was recently featured in New American Paintings, a highly competitive juried exhibition-in-print, and has been included in numerous exhibitions in Los Angeles including Couturier Gallery, Gallery 825, American Jewish University, and Zimmer Children’s Museum. 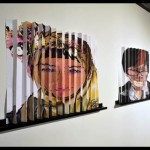 Arzu Arda Kosarearned a BFA in Studio Arts and Art History from the University of Pittsburgh and graduated from the University of Southern California with an MFA. Her work, which focuses on topics related to inter-group relationships and balkanization, has been featured in numerous exhibitions in Los Angeles, New York and Istanbul. She is a published writer on architecture and sociology in Doxa magazine. As part of the Gul & Arzu collective, Kosar conducted a two-year social engagement project for the Istanbul 2010 Cultural Capital events. In 1999-2000 she organized the International Survey of Alternative Artscene: a series of art exhibitions, workshops and lectures in New Zealand, Thailand, Turkey, New York and California. Currently, she is a resident artist at 18th Street Arts Center in Santa Monica, CA. 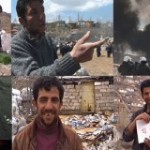 Alper Senwas born in 1977 in Ankara, Turkey. He graduated from the Political Science Department of the Middle East Technical University. He also studied Radio,T V & Cinema in the Graduate program at Ankara University. Since 2000, he has collaborated with different video collectives, such as a director or artist in Turkey and Europe. (VideA, Cinema for Peace, Film Collective, Kozavisual, NisaMasa, Karahaber). In 2007, he completed his video-documentary “Scavengers from Hakkari to Ankara”, which screened in various film festivals and video exhibitions in Turkey and abroad. In 2009, he directed two documentaries on football in Germany and France for the Turkish network NTV’s sport channel. In 2010 he was the editor of Antoni Muntadas’ video “On Translation: Açık Radyo”. Currently he is working as the coordinator of “artıkişler,” a visual art platform established by independent visual artists. 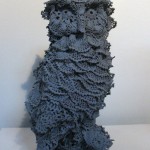 Ozan Oganer received his BFA in Sculpture from Dokuz Eylul Universitesi Fine Art Department in Izmir, Turkey. His sculptures explore topics as diverse as Aztec & Mayan culture and personal memories. Following a six month residency at Cité Internationale des Arts in Paris and under the sponsorship of Istanbul Foundation for Culture and Arts (IKSV), Oganer was featured in a two person show entitled “Secret Garden” with Bahar Oganer at Alan Istanbul Tunel and is having his second solo show at Ilayda Art Gallery in May 2011. His work ia on collection at Instanbul Modern Museum of Art as well as other private and public institutions. 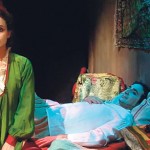 Elif Oner was born in 1980 in Istanbul. She studied painting and multimedia arts Marmara University in Istanbul, where she’s currently an MFA candidate for 2011. Her work has been shown at Mars Gallery, Siemens Art, Borusan Music House, Manzara Perspektif Art Gallery, Harfiyat, Moda Project Room in Istanbul and in exhibitions and video festivals in France, Germany, Bulgaria and South Korea. She is currently an artist in residence at the Borusan Arts Center in Istanbul, Turkey. 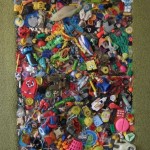 Blair Townsend has degrees in economics, art and design from Princeton, CalArts and Otis College of Art and Design. She creates custom interiors and makes custom design furniture that reflects on the memories, thoughts and possessions of the individual that inspired them. The rug she created by flattening a heap of plastic toys that has been accumulated over the years under a 9 ton steamroller was inspired by her son and his discarded toys.

This exhibition has been made possible by a grant from the Turkish Cultural Foundation. Additional sponsors of this project are: Turkish Airlines and Turkish Culture & Tourism.