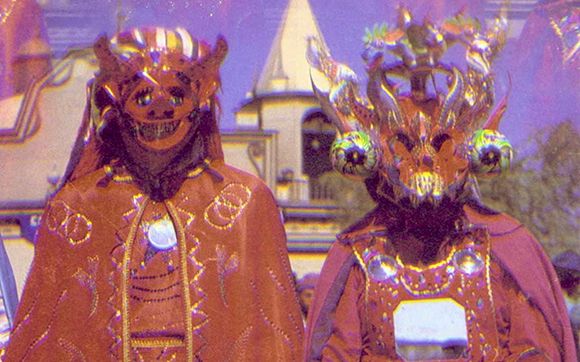 By Noé Gaytán and Anuradha Vikram

Javier Tapia is a Chilean artist, based in Denmark, and currently an artist in residence at 18th Street Arts Center. His exhibition opening November 7, “Travelling Dust,” is a multidisciplinary project in collaboration with artist Camilo Ontiveros. “Travelling Dust” seeks to explore the shared culture between the United States and Latin America. The artists consider themes such as history, geopolitics, immigration, diaspora, artistry, and even the Hollywood film industry to seek out graphic representations that have stayed in the imaginary of the region.

Tapia grew up in Chile, where he studied Visual Arts at the Pontificia Universidad Católica for the first four years of his formal education. After finishing his degree there, he decided to explore different contexts for his practice, so he went to study art theory in Barcelona, Spain, at the University of Barcelona for three years. Once he finished his program there, he decided he wanted to challenge himself by working within an even more different culture to his own. This brought him to Copenhagen, where he enrolled at the Royal Academy of Fine Arts from 2004 to 2010.