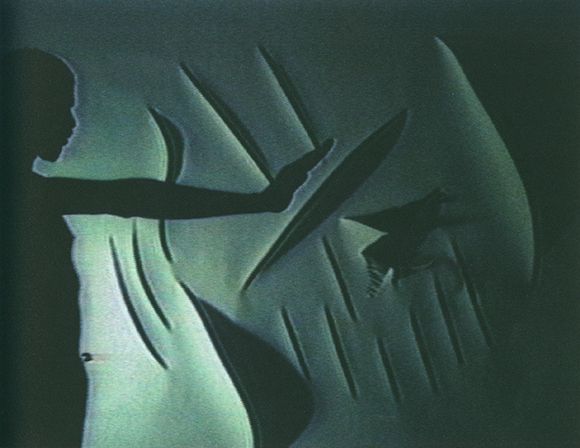 EZTV is a video and digital art collective that has been in long-term residence at 18th Street Arts Center since 2000. Founded by pioneering video-maker John Dorr, EZTV first opened its doors to the public in 1983 at a storefront space located on Santa Monica Boulevard in what was then the unincorporated area of Los Angeles County known as West Hollywood. Perhaps the country’s first micro-cinema dedicated exclusively to video, EZTV was both a screening venue and production house tracing its roots to earlier video screenings held by Dorr at the West Hollywood Community Center. During the early 1980s, video technology was increasingly becoming accessible, especially to individuals who didn’t necessarily have a background in film or art. It was a medium just taking its first steps out of specialization and into a wider circulation of creators, and EZTV was at the forefront locally. The space’s scrappy, DIY spirit — they often salvaged used tapes from Hollywood and rigged equipment to produce advanced effects — attracted artists and video-makers whose work wouldn’t or couldn’t be made in either the film industry or the traditional art world.

Explaining EZTV’s vision, co-founder Michael J. Masucci stated, “We get criticized for too much diversity but we take our cue from television: programming as opposed to curating.” Indeed, in comparison to other venues for video in Southern California at the time – most prominently the Long Beach Museum of Art – EZTV’s viewpoint could be characterized as free-for-all (in the best sense of course). While regionally well recognized throughout the 1980s, EZTV’s role as a video center and contributor to queer video history has gone largely unacknowledged and undocumented. The exhibition EZTV: Video Transfer at the ONE Archives Gallery & Museum in West Hollywood looks to excavate EZTV’s rich history of supporting queer video, as well as its involvement more generally with alternative video practices, performance, art, and community-building. Organized by ONE National Gay & Lesbian Archives at the USC Libraries, the largest LGBTQ archive in the world, this exhibition also marks the recent donation of the EZTV video collection to the archives’ vast holdings. Concurrently, 18th Street Arts Center is hosting EZTV: Hacking the Timeline v3.0, an exhibition of the history of digital art in Los Angeles curated by Masucci. The public art event ONE Night: EZTV, LA ACM SIGGRAPH, and Digital Art in West Hollywood presented in West Hollywood by the ONE Archives and LA ACM SIGGRAPH looks at this under-recognized aspect of EZTV’s history as well. Suffice it to say, EZTV’s aesthetic viewpoint was highly eclectic.