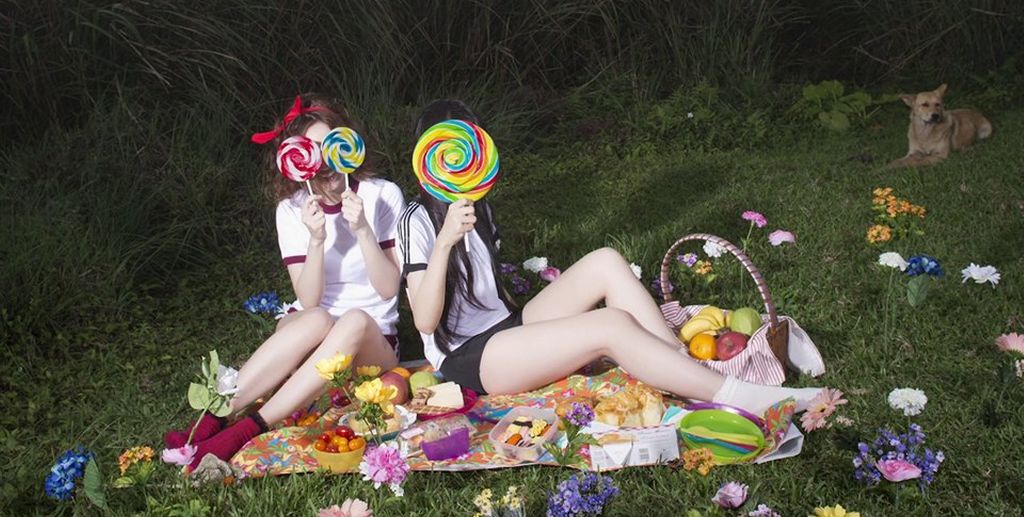 Liao Chi-Yu’s video works inhabit a contrived reality that gleans from memories, allegories, and convivial and communal experiences. In Picnic, Liao references childhood remembrances, using stories around food as an anchor for connecting to history and connecting to each other. Centering on the scenario of a picnic as a site for dreaming and dropping back into the past, Liao gives an impression of reality that seems to be rooted in the recollections of a previous time.

In Twinkle Liao presents a tableaux vivant through a series of video portraits of female characters. Each persona is situated at a dining table, offering to serve the viewer from diverse banquets of food and drink. Referencing 17th century Dutch still life painting and Asian animation genres, the artist creates video images that are caught between action and non-action, where narrative is both imminent and suspended.