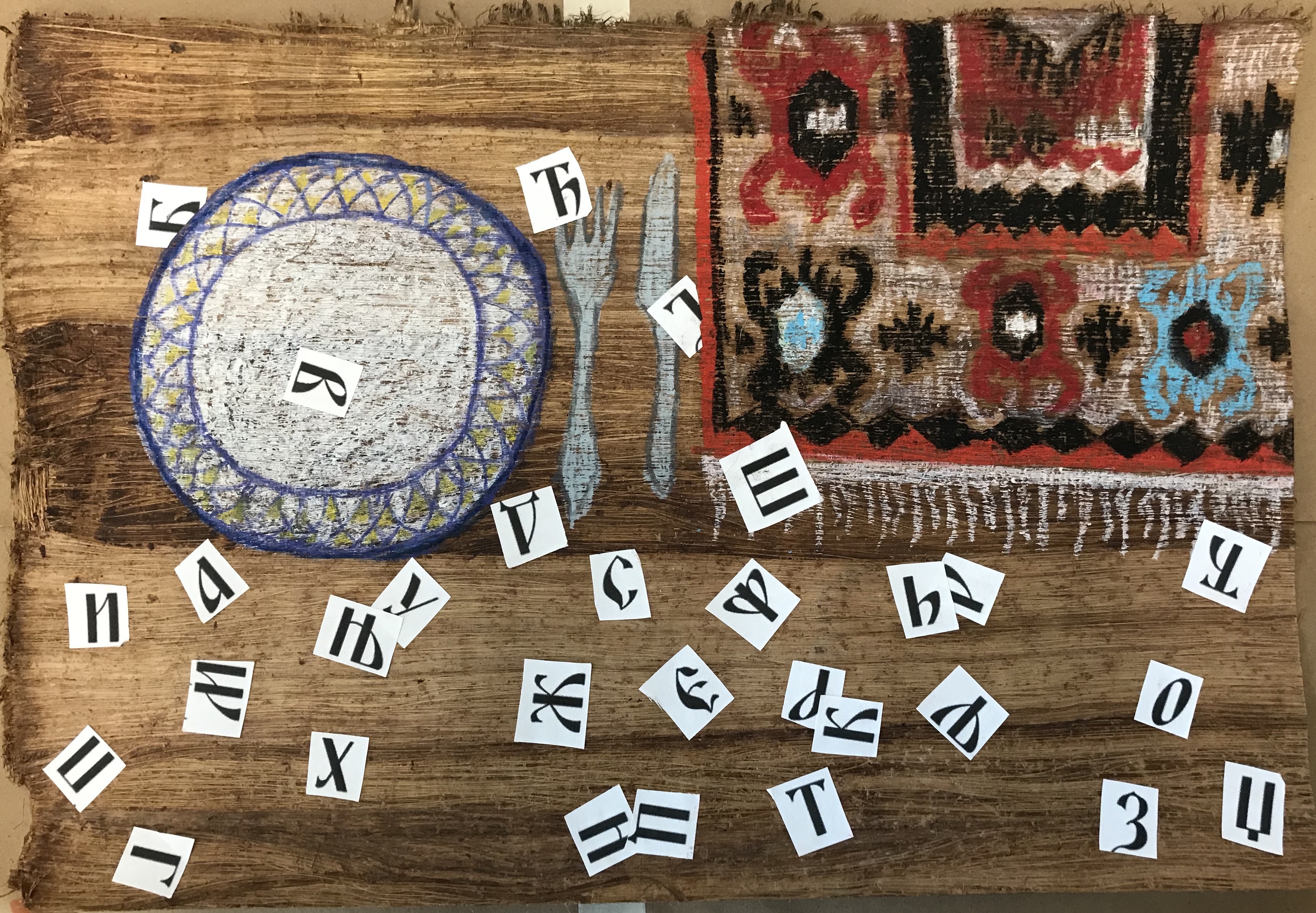 Due to poor air quality from the Creek Fire and school closures in Santa Monica, the original date has been postponed. Please join us at the new date and time!

18th Street Atrium Gallery & the Crossroads Sam Francis Gallery
At 5pm, visitors at each venue will be led to the alternate site in a short walking tour through the neighborhood.

Many of the works use the codex form to represent their personal histories in dialogue with the works of artists Mariana Castillo Deball, Gala Porras Kim, and Carolina Caycedo. Other works appropriate a censored artwork and reimagine it, as Venezuelan artist Angela Bonadies did with “Rompecabezas Street Meeting 1932-2016,” From the Series “David Alfaro Siqueiros, Street Meeting, LA, 1932,” 2017.

Students from John Adams Middle School and Santa Monica high school participated in 8 workshops with 18th Street Program Coordinator Betty Marín and local artist Paulina Sahagun to learn about the works in the exhibition and develop their own. The students visited the 18th Street and LACMA installments of A Universal History of Infamy, and experienced talks by local artists Carolina Caycedo and Gala Porras Kim.

Crossroads School students went on site visits to 18th Street with Program Coordinator Betty Marín to learn about the works in the exhibition and develop their own. They also visited the LACMA installments of A Universal History of Infamy. Crossroads Studio Art student participants, taught by Vincent Ramos, who has works in LACMA’s PST:LA/LA exhibition, will be sending handmade postcards  to 18th Street  addressed to “the future,” reflecting on the state of our country today and how they see themselves within it.

A Universal History of Infamy is part of Pacific Standard Time: LA/LA, a far-reaching and ambitious exploration of Latin American and Latino art in dialogue with Los Angeles, taking place from September 2017 through January 2018 at more than 70 cultural institutions across Southern California. Pacific Standard Time is an initiative of the Getty. The presenting sponsor is Bank of America.