Undanced Dances Through Prison Walls During a Pandemic 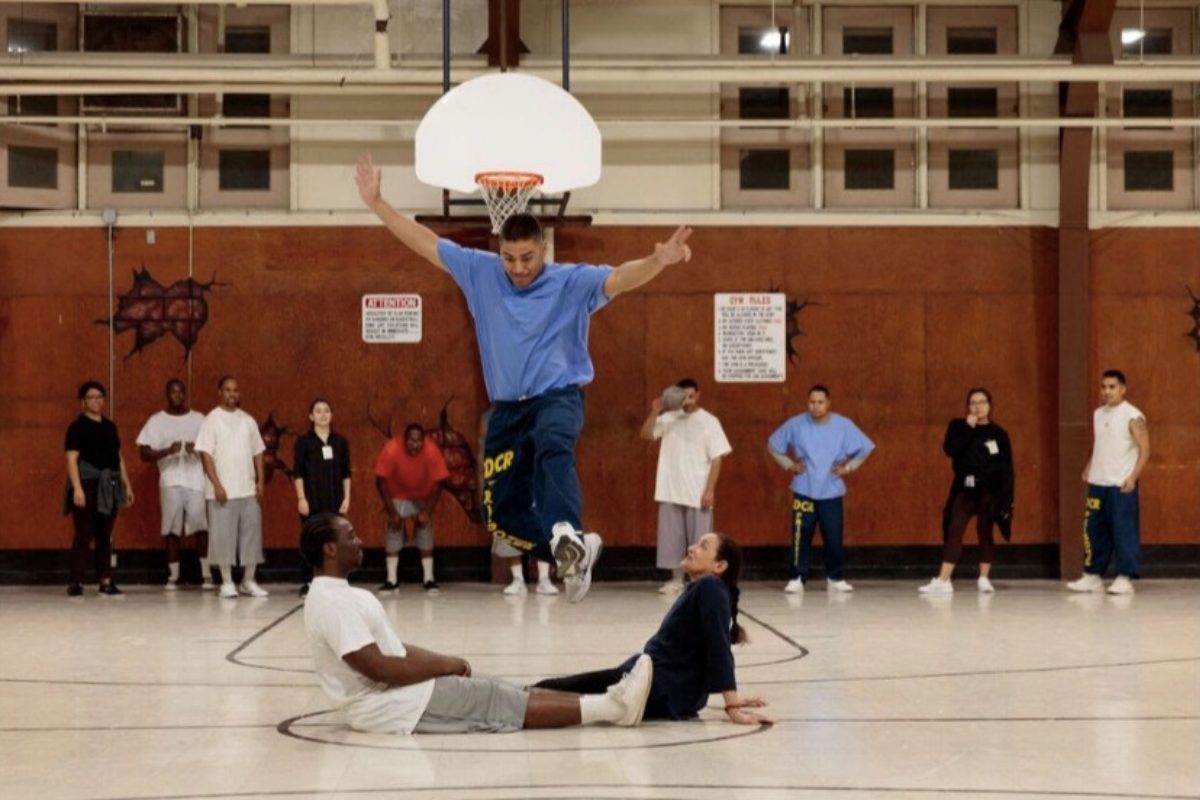 In 2016, choreographer and educator, Suchi Branfman, began a five-year choreographic residency inside the California Rehabilitation Center, a medium-security state men’s prison in Norco, California. The project, dubbed “Dancing Through Prison Walls,” developed into a critical dialogue about freedom, confinement, and how we survive restriction, limitations, and denial of liberty through the act of dancing. The project abruptly ended in March 2020, when the California state prison system shut down programming and visitation due to Covid-19. The work was rapidly revised, and the incarcerated dancers began sending out written choreographies from their bunks to the outside world. The resulting collection of deeply imagined choreographic pieces, written between March and May of 2020, was dubbed Undanced Dances Through Prison Walls During a Pandemic.

With artistic direction by Suchi Branfman and cinematography by Tom Tsai, the dances are powerfully narrated by Marc Antoni Charcas, Ernst Fenelon Jr., Richie Martinez and Romarilyn Ralston (formerly incarcerated movers and organizers) and choreographically interpreted by a group of brilliant choreographers: Bernard Brown, Jay Carlon, Irvin Gonzalez, Kenji Igus, Brianna Mims and Tom Tsai (all of whom have joined Branfman dancing inside the Norco prison). Each team was entrusted with bringing one of the written dances to action. Between them, they are steeped in hip hop, tap, breaking, performance art, quebradita, spoken word, Bhutto and contemporary dance forms. Released from prison during the summer of 2020, Richie Martinez joins the cast as he narrates and performs in “Richie’s Disappearing Acts” which he wrote while incarcerated at the Norco prison during the pandemic.

This project was made possible by Art of Recovery, an initiative of Santa Monica Cultural Affairs

Suchi Branfman, choreographer, curator, performer, educator and activist, has worked from the war zones of Managua to Moscow’s Bolshoi Theatre and from Kampala’s Luzira Prison to NYC’s Joyce Theatre, as soloist and with Wallflower Order, Crowsfeet Dance Collective, Liz Lerman, Gus Solomons Jr., Dan Wagoner and Augusto Boal. Her work strives to create an embodied terrain grounded in storytelling, dialogue, listening and action. Branfman is currently in the midst of a five-year choreographic residency at the California Rehabilitation Center, a medium security state men’s prison in Norco, CA, is Artistic Director of the multi-faceted Dancing Through Prison Walls project, serves on faculty at Scripps College and Cal Poly Pomona, and is a community gardener and prison abolition activist.

Tom Tsai is a dancer, choreographer, and filmmaker based out of Los Angeles. As a descendent of survivors and victims of Taiwan’s martial law era, and a perpetual student of B-boy/B-girl culture, Tom is deeply inspired by the voices of the underrepresented, who cope with and resist against injustice and erasure. Tom has made dance-documentary short films in collaboration with Suchi Branfman, “Sustained” and “Angee’s Journey”, both of which tell stories of resilience and hope through the experiences of those affected by the carceral system. Tom has performed his solo works at iconic venues including Judson Church (New York), Sadler’s Wells (London), Rotterdam Schouwburg (Rotterdam), and Esplanade Theatres (Singapore). He has danced with LA-based choreographers Suchi Branfman, Laurie Cameron, Victoria Marks, and John Pennington.