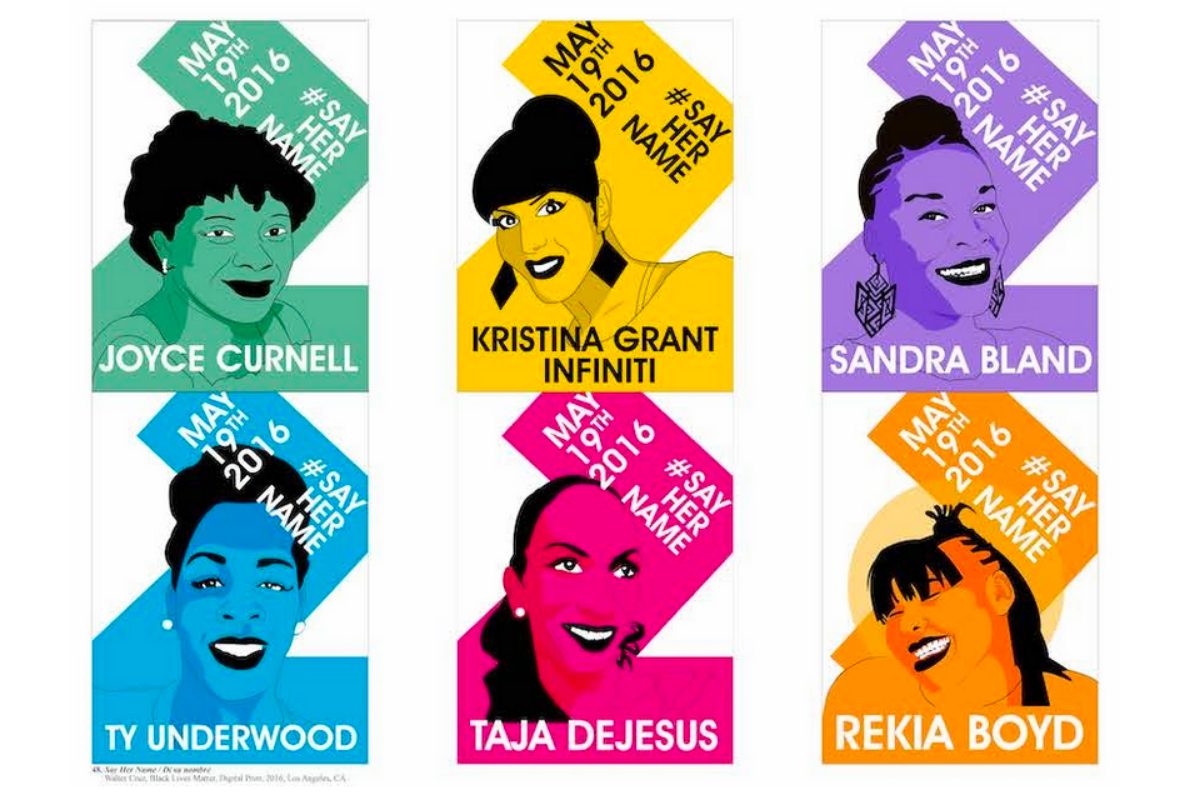 The exhibition may be viewed by appointment only. Appointment slots are 10am, 1pm, and 2pm M-F or by request.

18th Street Arts Center presents an exhibition in our Airport Gallery and online organized by the Center for the Study of Political Graphics (CSPG) featuring five decades of posters protesting police violence. To Protect & Serve? features graphics created during the last 50 years—from Los Angeles to New York, from Mexico to Bangladesh, and from Europe to Africa. The exhibition includes posters addressing policing as political repression, racial and gender profiling, the school to prison pipeline, immigration raids, militarization of law enforcement, and organizing resistance. To kickoff the exhibition, we will be hosting a panel discussion with civil rights attorney Cindy Pánuco, community organizer Kianna Smith, and community organizer Kwazi Nkrumah, moderated by CSPG founder Carol Wells. The panel discussion, which will take place Thursday September 17 at 4 PM, will take place via Zoom. Sign up for the panel here.

The murder of a succession of unarmed African Americans at the hands of police has catapulted the issue of racist police violence and state repression into the national and international spotlight. The shooting of Michael Brown in Ferguson; the choking death of Eric Garner while he repeatedly cried, “I can’t breathe;” the brutal “rough ride” death of Freddie Gray, whose voice box was crushed and spine nearly severed while in the custody of Baltimore Police; the senseless killing of 12-year-old Tamir Rice on a Cleveland playground; and the mysterious “suicide” of Sandra Bland in a Texas jailhouse, have exposed the pervasive brutality and inhumanity faced by people of color at the hands of police in the United States. Too frequently, other targets include immigrants, the LGBTQ community, the poor, homeless, mentally ill, and political activists.

The current struggles against police violence and state repression by organizations such as Hands Up United and Black Lives Matter are part of a long history of resistance, which is often documented in graphics produced by the activists, artists, and organizers engaged in these efforts. Posters tell of domestic and international efforts to challenge police brutality, and are one of the most effective tools for revealing these often-hidden or forgotten stories. CSPG is an activist, educational, and research archive with more than 90,000 social movement posters from the 19th century to the present, including the largest collection of post-World War II political posters in the United States.

Carol A. Wells is the Founder/Executive Director of the Center for the Study of Political Graphics. Carol Wells earned her B.A. in History and M.A. in Art History at UCLA. She taught the history of art and architecture for thirteen years at California State University, Fullerton. Wells has published numerous articles and catalogue essays on political poster art and has produced over 100 political poster exhibitions since 1981.

Sherry Frumkin is an LA based curator. Former Director at the Santa Monica Art Studios and Sherry Frumkin Gallery, Frumkin has organized over 200 exhibitions with local and international artists. Throughout many years and thanks to her gallery, many artists have been acquired by the Hirshhorn Museum in Washington, DC, the Getty Museum, the Los Angeles County Museum of Art, the Long Beach Museum, the Santa Barbara Museum of Art and the Laguna Art Museum among other public collections, and by numerous private collectors. Her gallery participated in international art fairs and introduced challenging work by artists from Japan, China, Canada and the former Yugoslavia to Los Angeles.

Cindy Pánuco became the Vice President and Chief Program Officer of Public Counsel in 2020—the nation’s largest pro bono law firm. Cindy was elevated to Vice President, after serving for one year as the Directing Attorney of Public Counsel’s Consumer Rights & Economic Justice Project. Public Counsel’s mission is to advance economic, social and racial justice by providing legal counsel for low-income individuals and their families, combatting inequalities in bargaining power through advocacy, opposing those who take advantage of the vulnerable, and holding wrongdoers accountable. Pánuco and her team at Public Counsel are presently litigating class action and impact cases on behalf of criminal justice system-involved persons, police reform, and debt stemming from system-involvement.

Kwazi Nkrumah is a nationally respected community organizer and labor activist. He has led campaigns against mortgage foreclosures in Maryland and California and has organized and represented working people – from steel workers in Baltimore to the faculty and librarians of the University of California. In addition to his organizing work, Nkrumah is well known for his presentations as a political analyst, and is valued for his skills as a consultant for numerous non-profit organizations and as a work-site facilitator in both the public and private sectors.

Keyanna Celina, member of the Coalition for Community Control Over the Police, is a mother, wife, recording artist, and activist. Her 7-year-old daughter was teargassed this month while at a demonstration against the fatal shooting of Dijon Kizzee by L.A. Sheriffs, who stopped Kizzee as he was riding his bicycle.