18th Street Arts Center is pleased to present Three Structures Touching, an exhibition of new works by artist Maj Hasager born out of her years-long collaboration with the Quinn Research Center, on view at 18th Street’s Propeller Gallery from July 26 – October 2, 2021 at 3026 Airport Ave in Santa Monica.

We encourage you to make an appointment for ease and convenience, but we also welcome walk-in visitors. Please note that all visitors to 18SAC’s campus must still wear a mask, regardless of vaccination status, until further notice. You can make an appointment here.

Can’t make it in person? No problem! Enjoy the 360 tour here. 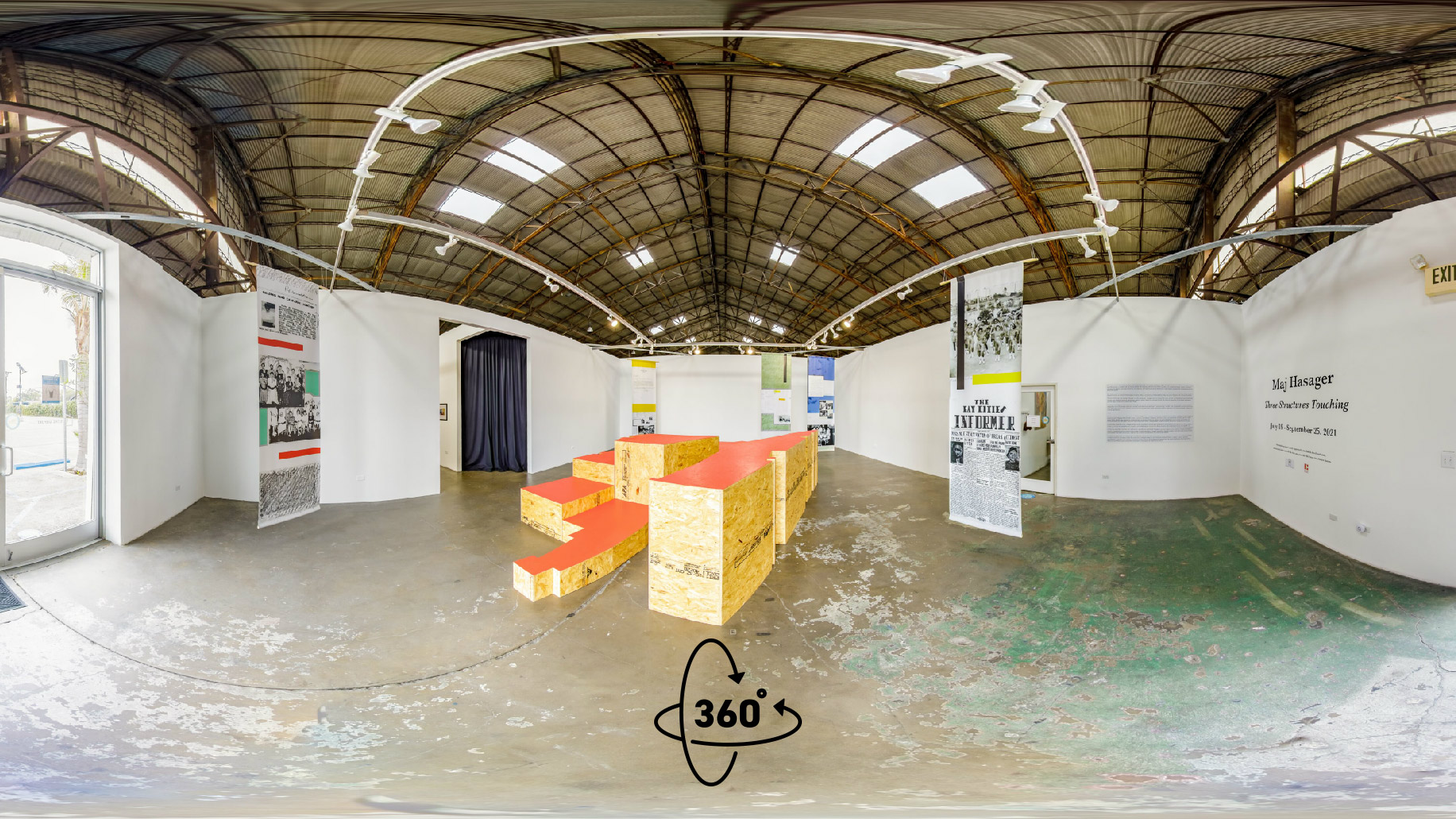 When Copenhagen-based Hasager first visited Santa Monica for a six-month residency in 2018, she was drawn to 18th Street’s Culture Mapping 90404 project, a resident-led oral history archive and mapping platform for the 90404 zip code, as it complemented her artistic process of plumbing the depths of personal memories, oral histories, and hyperlocal cultural identities to reveal deeper sociopolitical complexities and imbalances of power. In her 2019 presentation titled Iterations, Hasager delved into the history of contested places in Santa Monica (such as the construction of the 10 Freeway, which displaced thousands of families in the largely Black and brown working class Pico Neighborhood; and Nikkei Hall, a former Japanese community center slated for demolition and then preserved through a landmark designation process), Hasager became deeply interested in the myriad formal and informal ways we remember and honor places of cultural significance in our communities.

During this initial residency, Hasager also formed a close relationship and collaborative partnership with Carolyne and Bill Edwards of the Quinn Research Center, an archive of the small but influential Black community in the Santa Monica Bay area from the early 20th century forwards. The photographs, magazines, advertisements, letters, and ephemera the Edwardses have painstakingly preserved over decades catalogue the stories of a resilient community, and undergird Hasager’s artistic production. The title of the exhibition, Three Structures Touching, refer to the restrictive and somewhat archaic requirements necessary for historic district designation in the US (that multiple structures must be of “architectural significance” and “touching” in order to be considered), and reference the Edwardses long-standing goal to have the important sites of the Santa Monica Black experience officially recognized as places of cultural significance by the City. One such site is the Philomathean Building, the home of a charity society founded by a group of Black women in the early 20th century and purchased in 1921 (a feat in and of itself, when restrictive racially-based covenants made property acquisition incredibly difficult). The society still operates today, giving scholarships to young people and hosting Black-owned small businesses in its building’s several storefronts. In trying to realize these goals of preservation and recognition, the collaborators have been confronted with an inherently inequitable system of landmark preservation in this country (only 3% of landmark sites in the City of LA are linked to Black history). They have had to be resilient and imaginative, just as the Philomathean founders were 100 years ago. To dig into these issues around landmarks and how we remember our places of cultural significance, Hasager and Quinn Research Center will participate in a virtual roundtable discussion with writer and researcher Maria Rosario Jackson and landmarks expert Ruthann Lehrer of the Santa Monica Conservancy on August 14, 2021 at 11am. Register and learn more here.

Read Dr. Jackson’s essay “Do You Know Broadway?” about the work of Quinn Research Center, cultural heritage preservation, and their collaboration with Maj Hasager here. 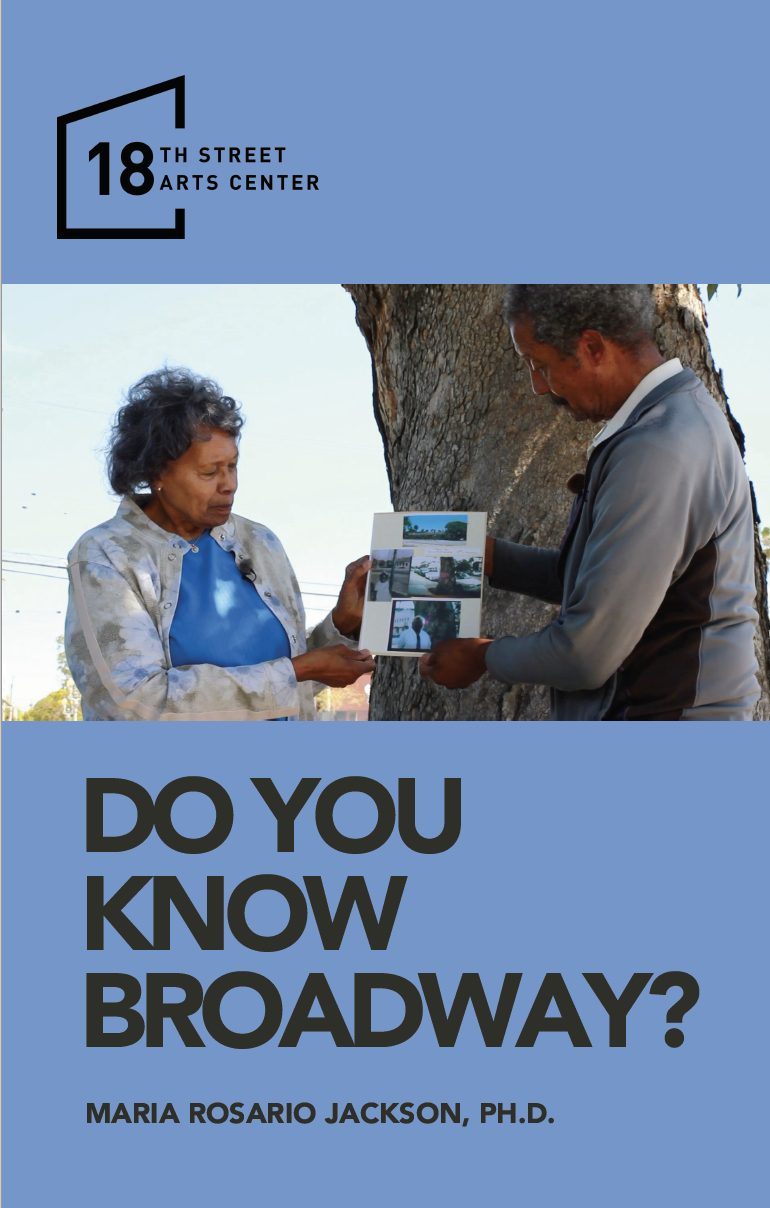 Hasager works on a long time scale, and her art manifests as documents that emerge from sustained research and process, weaving a poetic tapestry of personal stories, the material physicality of structures and places, and the larger sociopolitical contexts they inhabit. A new film work featuring the Edwardses with a score composed of Pico Neighborhood sounds collected by the Santa Monica Youth Orchestra, large-scale vinyl reproductions of archive objects and images, frottage drawings evoking the textures of place, and a monumental modular sculpture representing the geography of the 90404 neighborhood (meant to be climbed and walked upon and otherwise inhabited) are some of the emergences in this iteration of Hasager’s exploration of place and cultural remembrance. A new immersive soundscape installation by composer Ask Kaereby will be premiered at 18th Street Art Center’s Airport Campus on September 11, 2021, 1-5 PM. Register and learn more here.

Maj Hasager is a Danish artist based in Copenhagen, Denmark. Her work deals with power structures, identity, memory, architecture, and the construction of history, looking at how these interlinked phenomena are interpreted and represented culturally and spatially. Her artistic approach is research based and she works predominantly with text, sound, video, and photography. Hasager uses oral history interview techniques as a method for accumulating and creating narratives that address personal stories in a sociopolitical context.

Her work has been exhibited internationally in events and at institutions such as Lunds Konsthall; Fondazione Pastificio Cerere, Rome; Critical Distance, Toronto; GL STRAND, Copenhagen; Moderna Museet, Malmö; Cleveland Institute of Art; Laznia Centre for Contemporary Art, Gdańsk; Liverpool Biennial. Since 2011 she has been the Programme Director of Critical & Pedagogical Studies at Malmö Art Academy (SE). She studied photography and fine art in Denmark, Sweden, and the UK, earning an MFA from Malmö Art Academy, Sweden.

The Quinn Research Center is the concept of Carolyne and Bill Edwards, and was founded as a tribute to the legacy of Dr. Alfred T. Quinn, a prominent Black educator, community leader, and icon of the Santa Monica Bay Area in the mid to late 20th century. As his niece, Carolyne, and her husband Bill, focus on collecting, recording, and preserving the history and culture of African Americans in the Santa Monica/Venice Bay Area.

Established in 2010 as a nonprofit, the Quinn Research Center collaborates with other educational and cultural organizations to promote interest and knowledge of Black history, culture, and positive contributions made by African Americans through programs and events. Carolyne, who was born and raised in Santa Monica has many life long experiences along with community involvement to share with the Center. After retiring from Santa Monica-Malibu Unified School District in year 2000, both Bill and Carolyne have devoted time, energy and love to this endeavor with immense pride.

This exhibition is generously supported by the Danish Arts Foundation, the National Endowment for the Arts, and generous 18th Street Arts Center donors.

There are no related events. 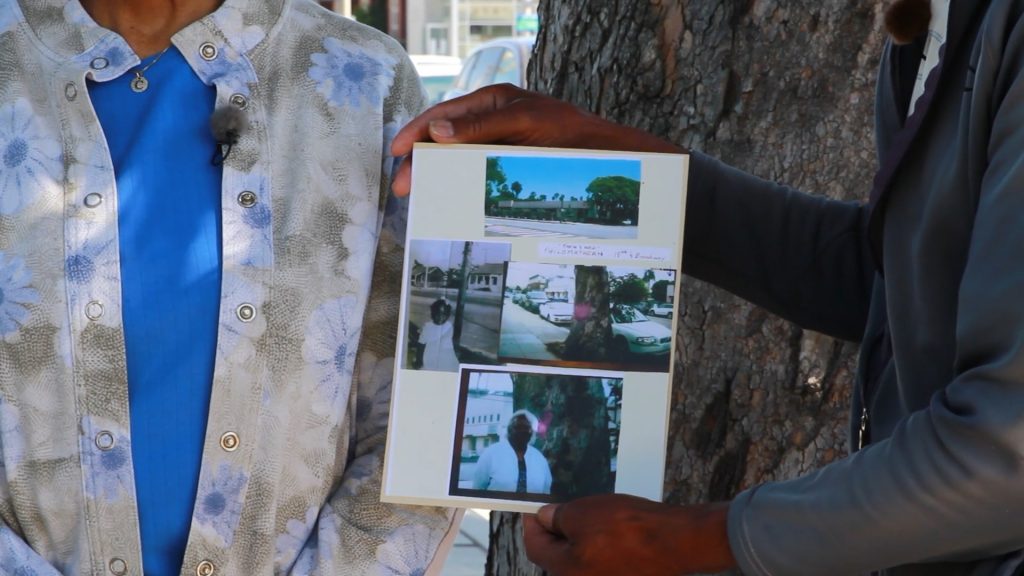 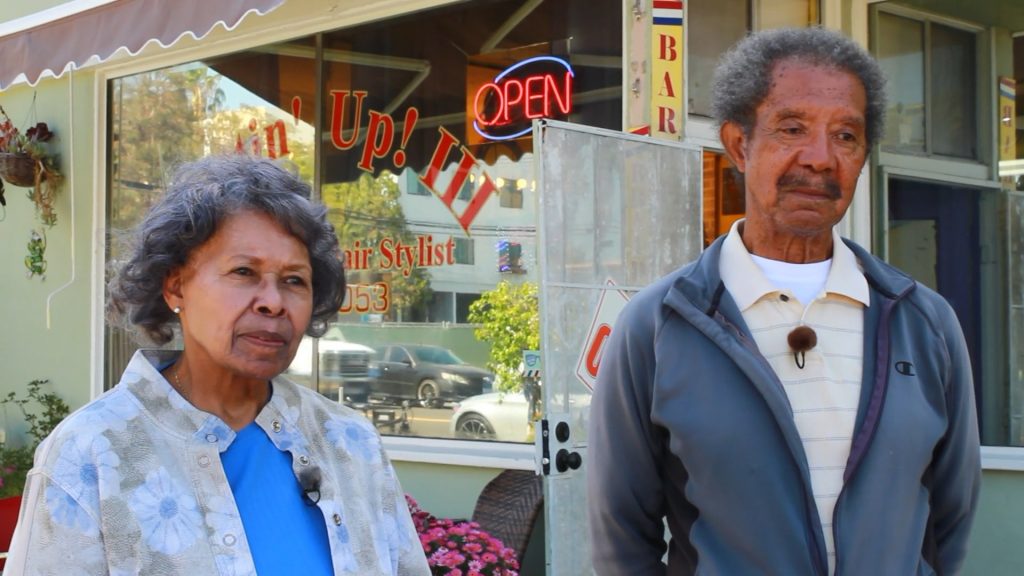 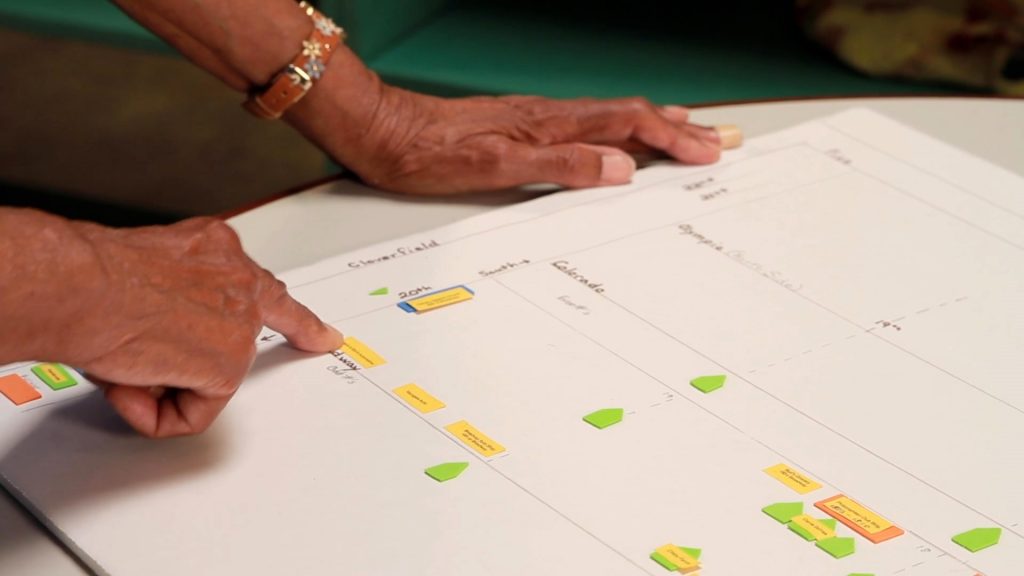 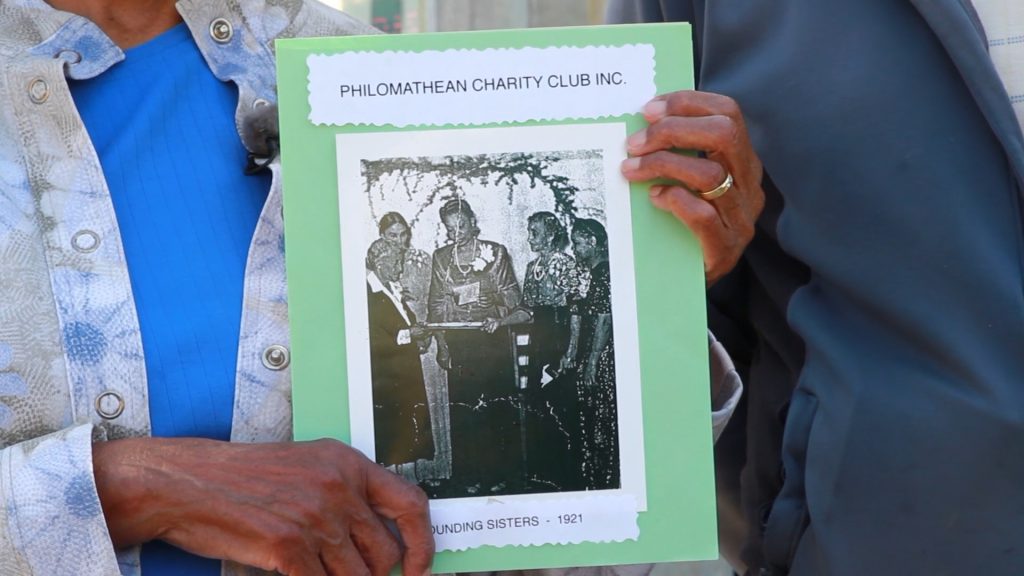 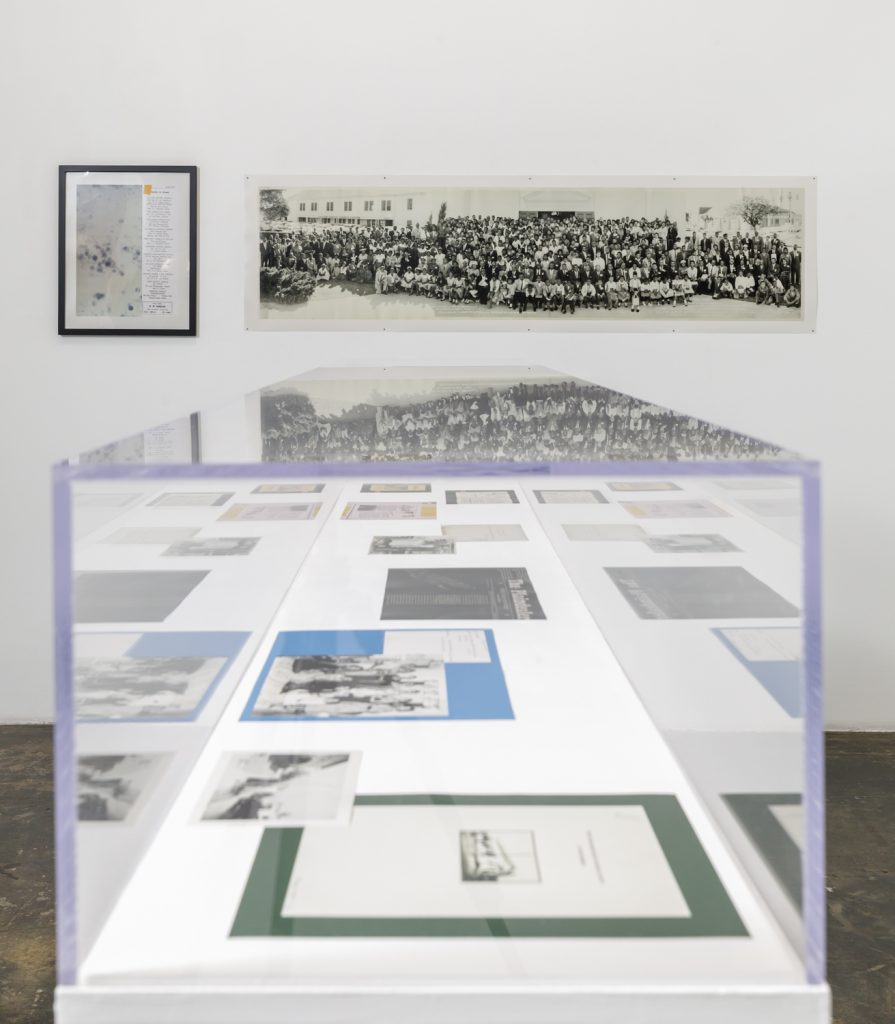 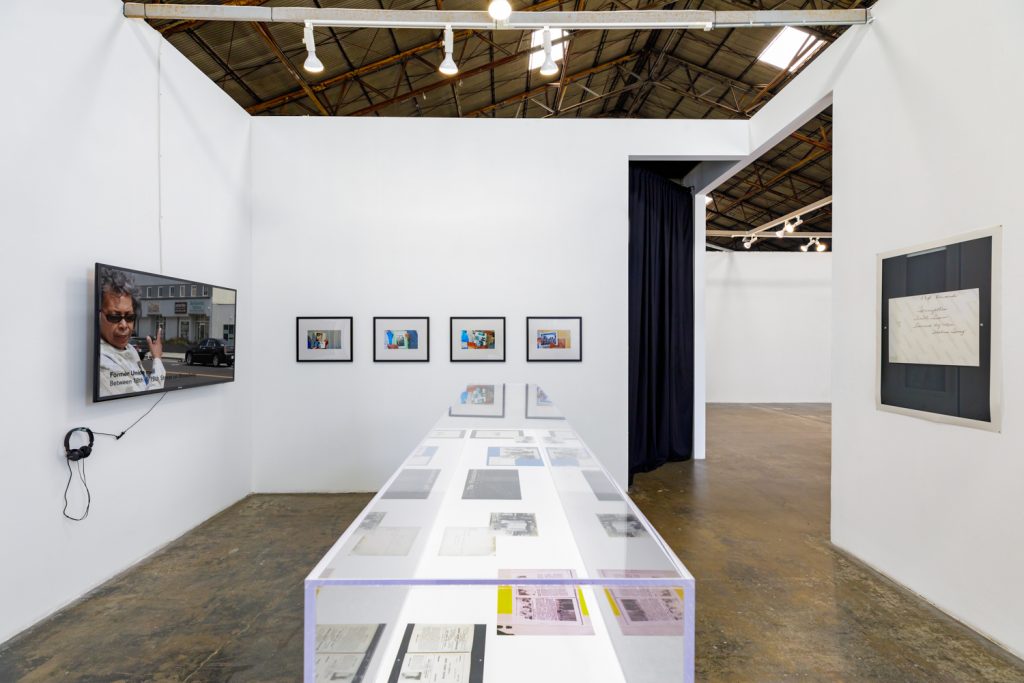 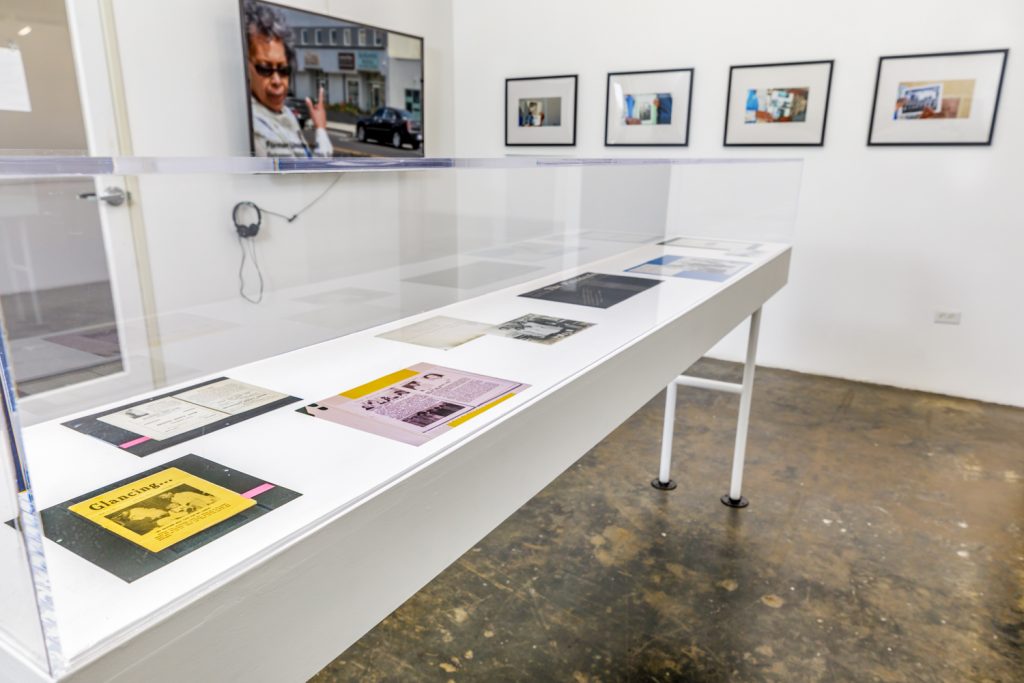 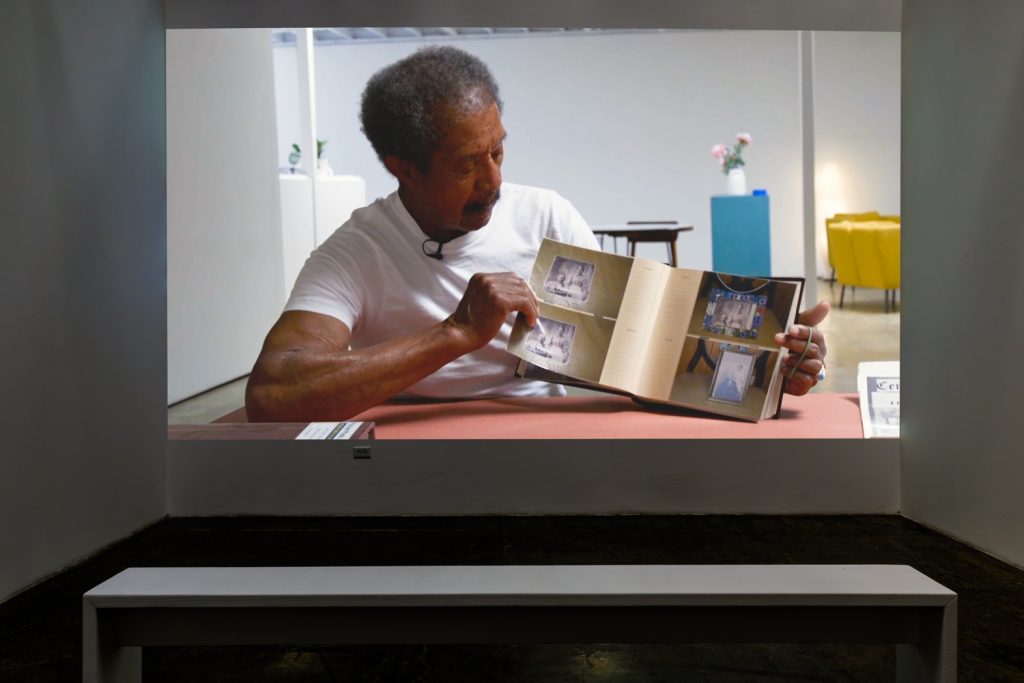 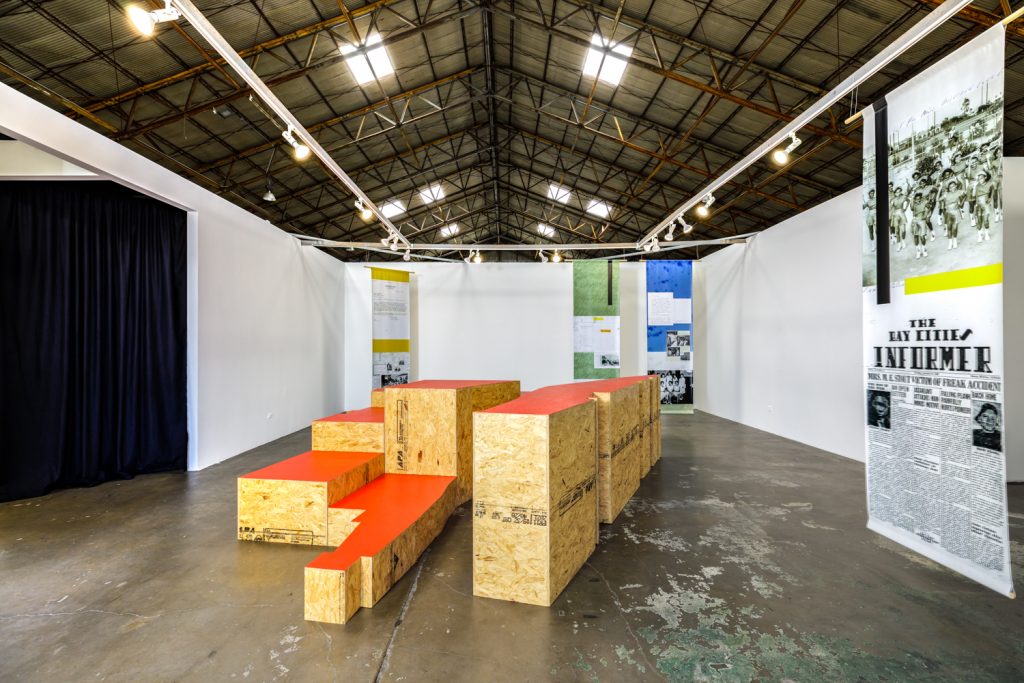 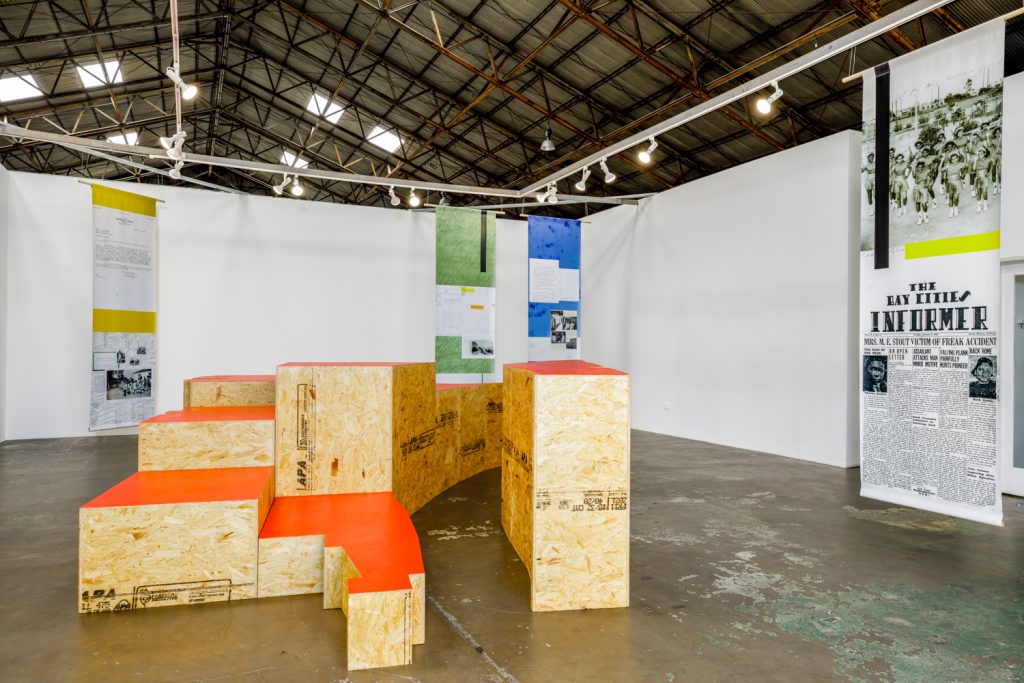 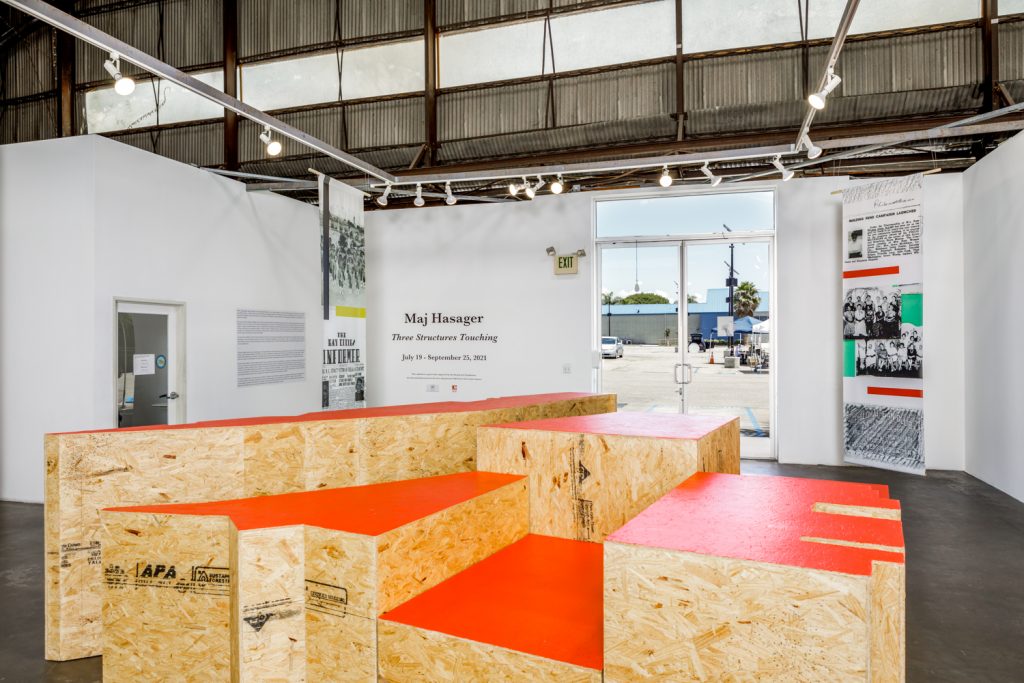 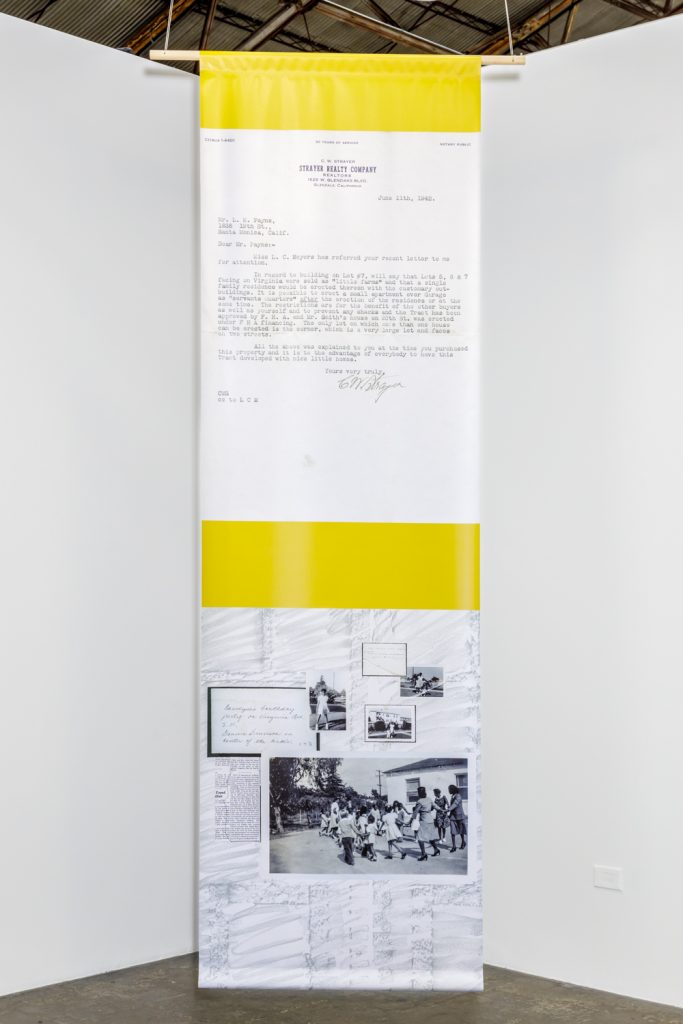 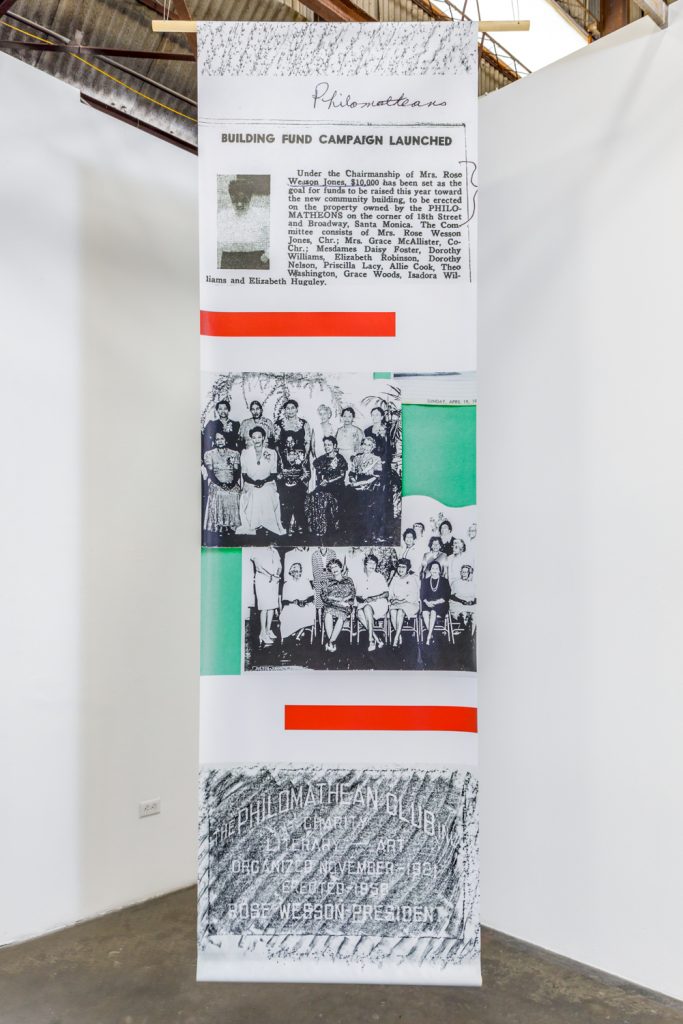 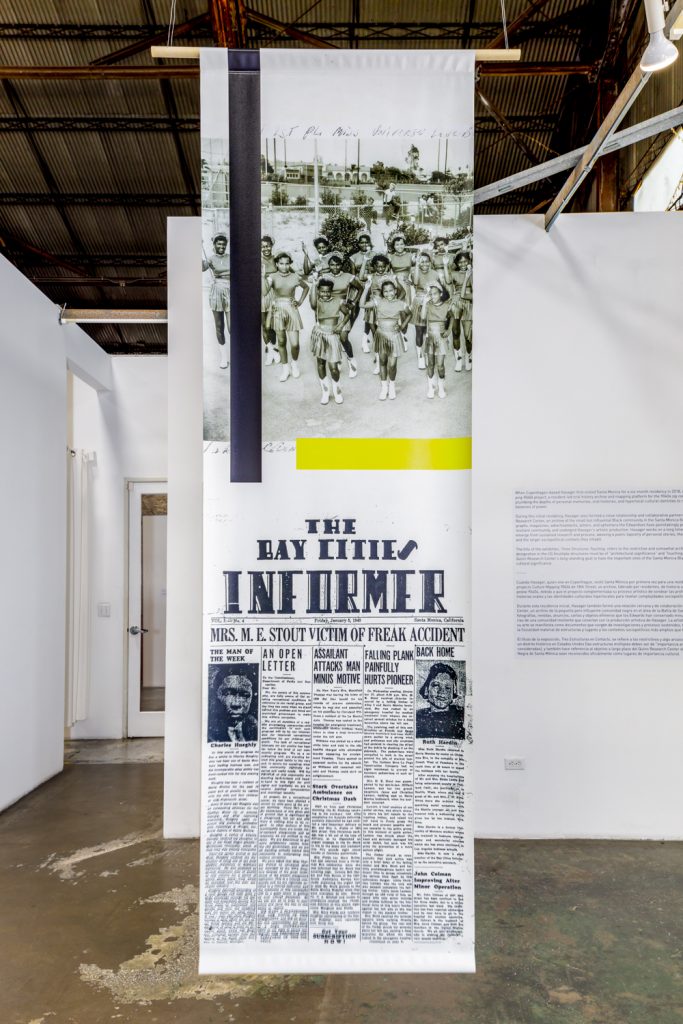 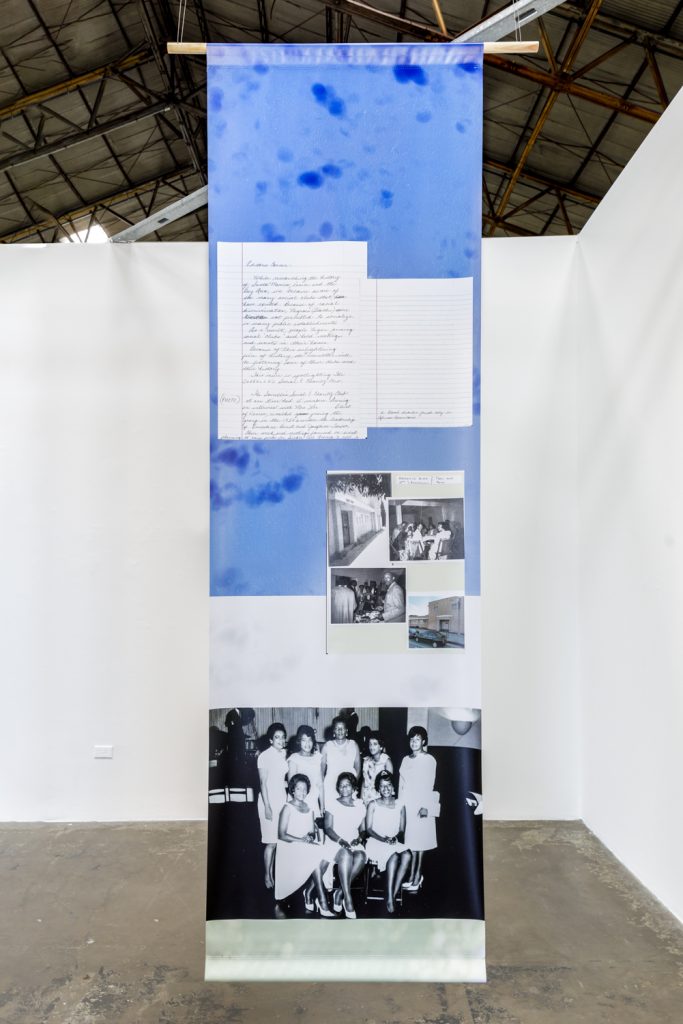 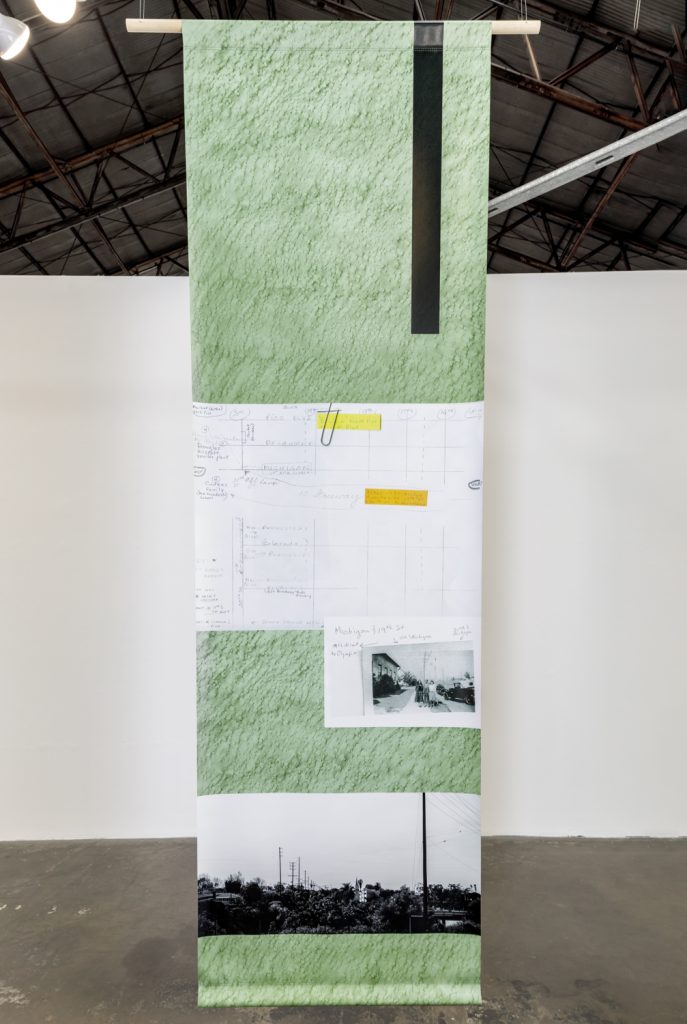 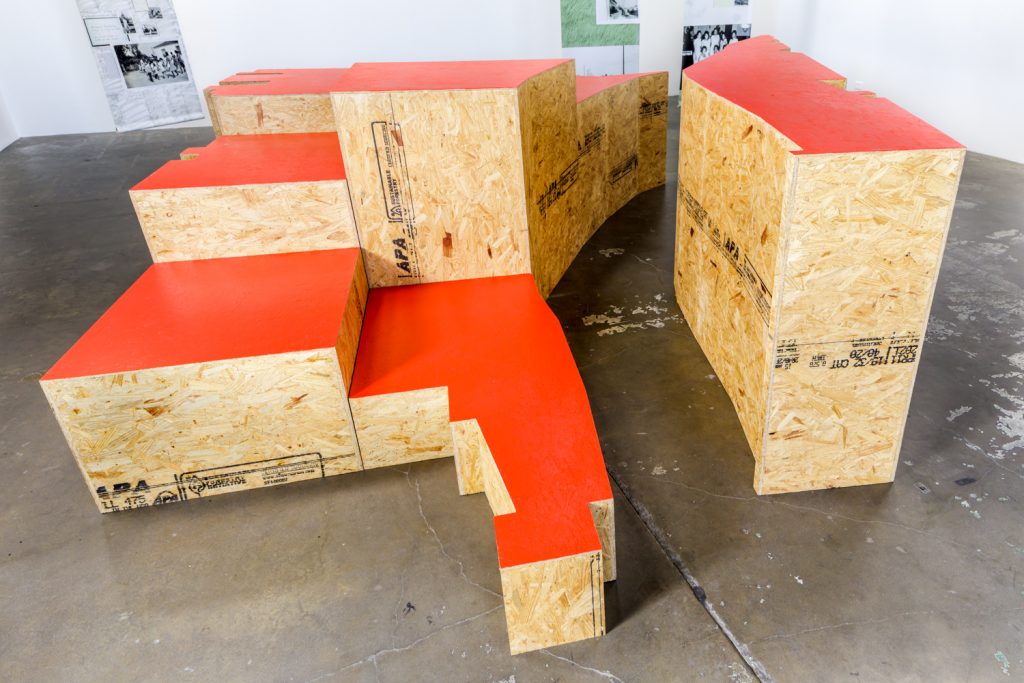