The Art of Family in “La Veinte”: A Conversation about Hidden Santa Monica Histories 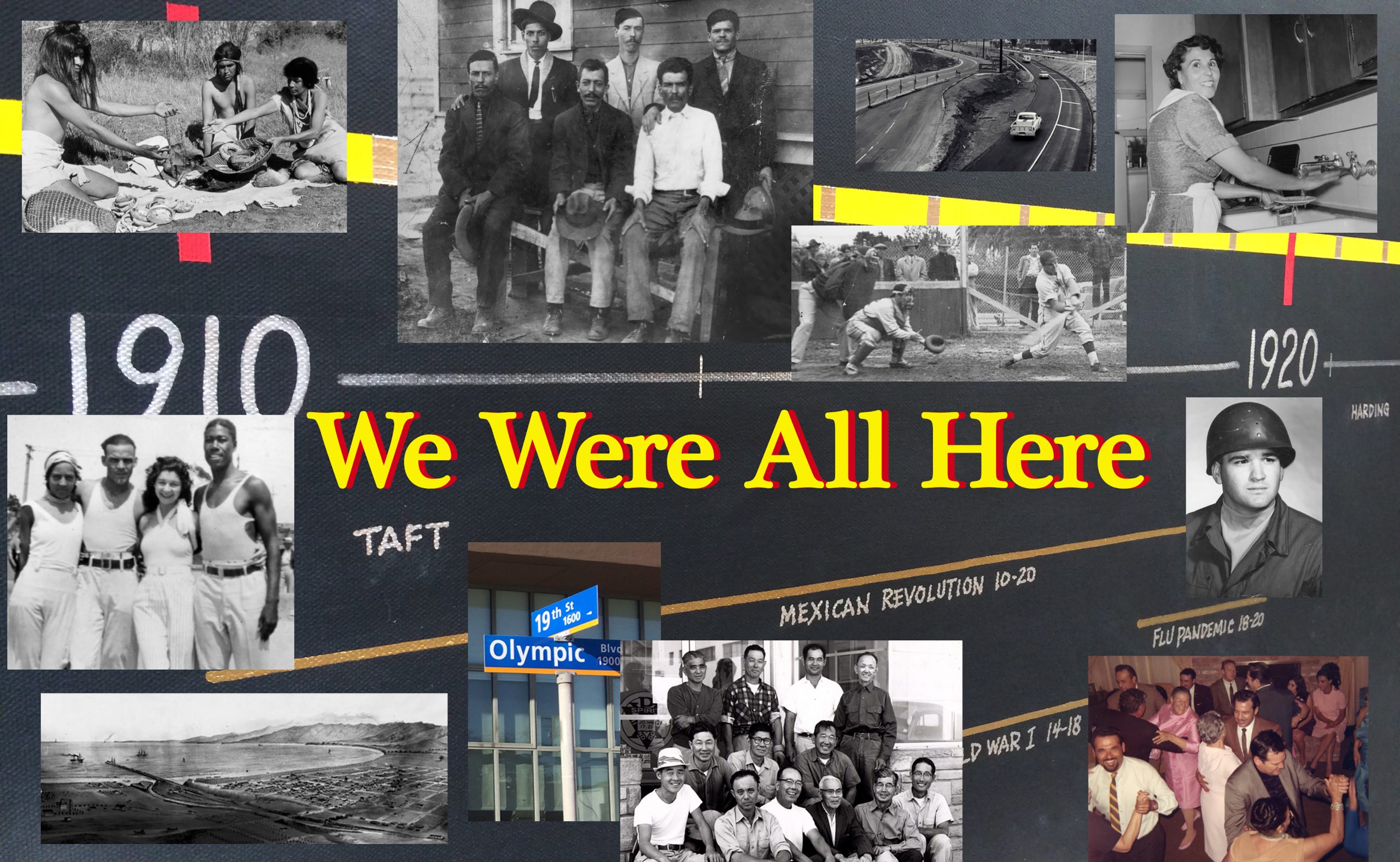 The Art of Family in “La Veinte”: A Conversation about Hidden Santa Monica Histories
A launch event for “We Were All Here” by Dan Kwong and Paulina Sahagun
Saturday, June 26, 2021 | 5 PM
Online | Zoom | FB Live

This event has passed: Watch the recording here in English and here with Spanish interpretation.

The Art of Family in “La Veinte”: A Conversation about Hidden Santa Monica Histories from 18th Street Arts Center on Vimeo.

Artists and creators Dan Kwong and Paulina Sahagun will be joined by West Side historian Miguel Chavez and multi-generational Santa Monica resident Genna Casillas for a lively discussion based on the new Kwong/Sahagun video, “We Were All Here: The Story of La Veinte, la familia Casillas, and the Pico Neighborhood of Santa Monica.” The artists will screen clips of the film during the discussion, and a full version will be available to view 48 hours before the event here.

The conversation will focus on the art of being a family, and delve into a series of topics that affected “La Veinte” throughout the 20th century; uncovering hidden histories of a community, migration and immigration policies, social/political movements of the 60s and 70s, and the price of assimilation.

Watch the full film below.

We Were All Here: The Story of “La Veinte”, la familia Casillas, and the Pico Neighborhood of Santa Monica from 18th Street Arts Center on Vimeo. 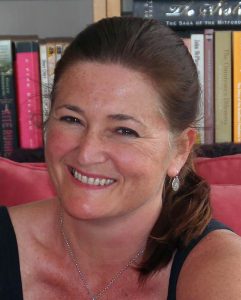 Genna Casillas is a fourth generation Santa Monican and a descendant of the largest single family ever to immigrate to Santa Monica from Mexico. She is also one of the keepers of Casillas family history which, in Santa Monica, dates back to 1918 when her great-grandfather first settled in the Pico Neighborhood around Olympic Blvd. and 20th Street, also known as “La Veinte”. 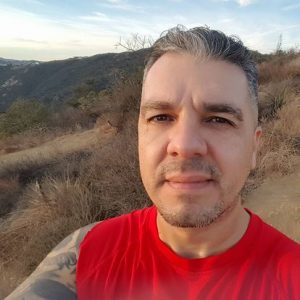 Miguel Chavez was born and raised in the Pico Neighborhood of Santa Monica. His parents arrived in the 1970s and worked in local factory jobs in Santa Monica. He attended Santa Monica public schools and graduated from UC Berkeley with a BA in History. Chavez obtained his PhD at UCLA, specializing in Chicano History with a special focus on the Chicana/o Movement in the West Side. Mr. Chavez is an Assistant Professor in the History Department at Lamar University Beaumont in Texas. 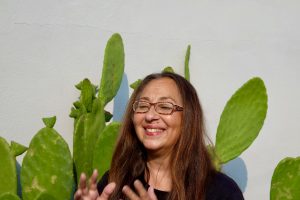 Paulina Sahagun is a theater artist, writer, director and master teacher. She has toured extensively throughout Mexico and the U.S, with the independent Mexican Theater Companies Los Mascarones and Grupo Zero. Ms. Sahagun is an accomplished solo performer and has worked with El Teatro Campesino, Luis Valdez, and Great Leap, a Multicultural Performance Company. She has been an artist in residence at the Center for Intercultural Performance at UCLA and received the  Rockefeller Foundation Gateways Initiative. She has performed for the Mark Taper Virtual Theater Series and the Music Center on Tour Program. She is a graduate of the Dell’Arte School of Physical Theater and the UCLA Department of World Arts and Cultures. She has been visiting faculty for The Cesar E. Chavez Chicano/a Studies Department at UCLA and for Otis College of Art and Design.  Ms. Sahagun was co-producer and actor for “90404 Changing,” a film by Michael Barnard. This film chronicles the diverse history of the Pico Neighborhood in Santa Monica.  Her community advocacy and engagement brought to the Santa Monica community, the culturally relevant celebration of the Dia de Muertos Mexican Ritual Celebration at Woodlawn Cemetery and Highways Performance Space, with the intention of restoring and preserving the essence of the indigenous roots of this Mesoamerican Tradition. In 2017 Ms. Sahagun was the recipient of the  Maverick Award for setting “high standards of individuality and self- styled creativity” by the Los Angeles Women’s Theatre Festival.

Ms. Sahagun’s father joined the community of “La Veinte” after escaping the Bracero Program in the 1950’s and joined his community of El Valle de Guadalupe in Santa Monica. The Sahagun family was displaced from Santa Monica due to the construction of the Santa Monica Freeway. 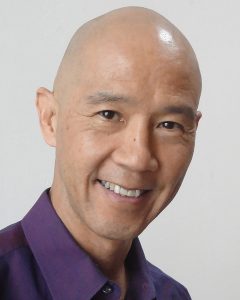 Dan Kwong is an award-winning solo performance artist, playwright, director and visual artist who has toured his ground-breaking work internationally since 1989. His first book, FROM INNER WORLDS TO OUTER SPACE: The Multimedia Performances of Dan Kwong, was published by Univ. of Michigan Press. He is one of the original Resident Artists at 18th Street, and part of the first wave of performers nurtured by Highways Performance Space under the leadership of Tim Miller and Linda Frye Burnham. He served on Highways’ Board from 1990 to 2007. Over his career Kwong has played a key role in the development of the Asian American solo performance community. He has worked on numerous collaborative performance projects in Southeast and East Asia, where he continues to teach and lecture. The significance of his body of work is acknowledged in “A History of Asian American Theater” (ed. by Esther Kim Lee). Kwong currently serves as Associate Artistic Director of Great Leap Inc., the Los Angeles-based multi-cultural performing arts organization founded by Nobuko Miyamoto.

ABOUT THE FILM
“We Were All Here: The Story of La Veinte, la familia Casillas, and the Pico Neighborhood of Santa Monica”

Due to historical discriminatory housing policies combined with economic forces, the Pico Neighborhood —  bounded by Pico on the south, Colorado on the north, Stewart St. on the east and 14th St. on the west — was the primary home base for Latino/a, Black, and Asian families in Santa Monica for many decades. Several factors, including the completion of the Santa Monica Freeway in 1966 that would displace 3,000 families and split the neighborhood in half, would change the area forever. Beginning in 1918, the extended Casillas family that settled around Olympic and 20th Street (”La Veinte”) would be the largest family ever to emigrate to Santa Monica from Mexico. Their story reflects the 20th century immigrant experience, the evolution of the City of Santa Monica, and the making of citizenry. Through storytelling, oral histories, archival image collection, and a poetic interweaving of individual and collective experiences, Kwong and Sahagun create a tapestry of imagery and memory in “We Were All Here” that evokes the history of this iconic Southern Californian neighborhood and its founding families with roots across the Americas. The film will be available to screen as of June 24, 2021 and may be viewed at https://18thstreet.org/event/we-were-all-here/.

This project is part of Culture Mapping 90404, a community oral history project of 18th Street Arts Center in partnership with the Santa Monica Public Library. This project is generously supported by the California Arts Council.