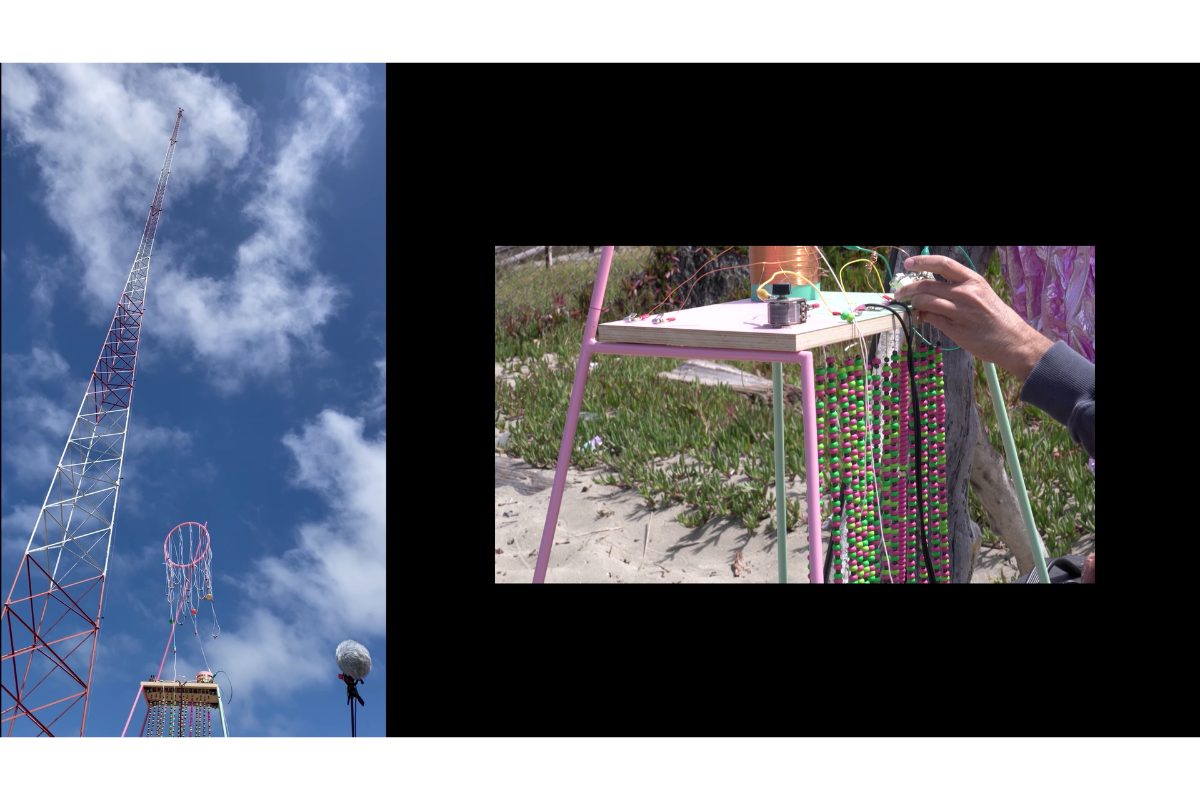 Join Peter Simensky and his Pyrite Pirate Radio in a live performance audio set that will feature local and regional sounds across Los Angeles and beyond. Pyrite, also known as Fool’s Gold, magically picks up AM frequency. For this performance, Pyrite Pirate Radio will broadcast AM transmissions played on a series of mobile radios, all handmade and designed by the artist using coiled copper wire, radio parts, and a pyrite stone. These radio sculptures will be used to transmit ideas, experiments, collaborations, community engagements, and interventions. Simensky will be joined by special guest XOLO.

Inspired by Quinceañera parties in the hills of Mexico and beyond & rooted in partying as a form of immigrant resistance, La Cosecha was started by XOLO. Playing all Spanish, all vinyl norteñas, corridos, rancheras, cumbia and banda classics, XOLO’s aim is to bring this music to a new generation.

For an afternoon, 18th Street Arts Center’s Olympic Campus will become a transmitter of sorts, both for community, critique, and culture.

Plus, artists in residence at 18th Street Arts Center’s Olympic campus will host open studios where visitors can see their exciting work in progress. Also, Market Exchange vendors will be on site selling their artisanal goods.

This performance is part of Peter Simensky’s radio tour across the US, which expands his work on the project Pyrite Pirate Radio, a series of performances and workshops with sculptural pyrite radios and AM pirate transmissions.

Want to collaborate on the performance happening this Saturday? Contribute recordings of sounds from your neighborhood, an interview with a family or friend, you playing an instrument, your favorite song, and more to Pyrite Radio! MP3 or WAV file formats only! Upload your 1-7 minute selections here.

Peter Simensky is an interdisciplinary artist whose work has been featured in solo exhibitions at the Portland Institute of Contemporary Art, Museum of Contemporary Art San Diego; Museum 52, NY; Museum 500meter, Sapporo; The Swiss Institute, NY; and Project Row Houses, Houston. He is a recipient of La Tallera Siqueiros Residency, NYFA Fellowship, Foundation for Contemporary Arts Grants, MacDowell Colony, and the Skowhegan School of Painting and Sculpture to name a few. Simensky Chairs the Sculpture, Individualized, and Community Arts programs at CCA.