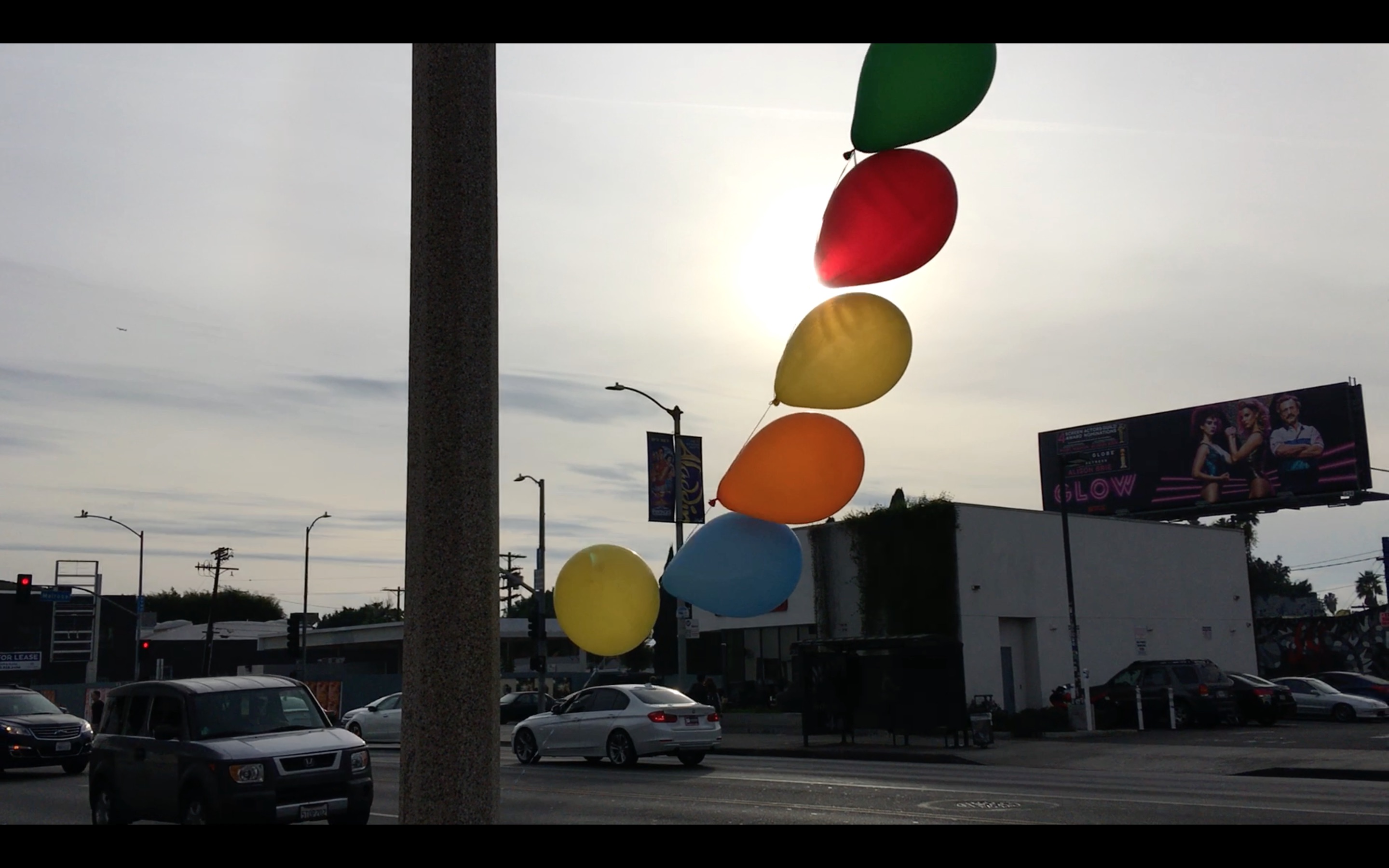 As part of this experimental residency, Pescador produced a feature-length film emerging from a set of actions, gestures and images oriented around neighborhoods he has lived in since moving to Los Angeles titled Going West, or 15 Years in Los Angeles. Pescador asks questions of himself and others about being a resident in Los Angeles through examining his own experiences and those of residents in each neighborhood. His work weaves in personal anecdotes about his personal experiences learning to live in a large metropolitan area, including past relationship heartbreaks, isolation, and “getting lost within a crowd.”

The film will screen three times throughout the day at 18th Street Art Center’s Main Gallery: 1PM, 3PM, and 5PM.