18th Street Arts Center is pleased to present a new solo exhibition of work by LA-based artist Patty Chang in the 18th Street Olympic Campus Main Gallery. With a new 5-channel film featuring 9 performers and lists of fears submitted by people from Los Angeles, New Mexico, and Hong Kong, Chang explores our debt to those who came before us, what it means to perform empathetic acts, and how we can make visible the hidden fears we share in this dark time.

Milk Debt is a multi-part video project consisting of videos of lactating women pumping their breast milk as they recite lists of fears drawn from multiple communities across different geographical regions. The artist collected lists of fears from different individuals in the local community, which were then turned into a script and read by a performer who is pumping her breast milk. Though the fears are read by the performer, they are not originating with that person, but from the greater community. These fears take many forms and levels, ranging from relational insecurities and private terrors, to systemic oppression and collective trauma.

The project arises from the artist’s environmental anxieties, and looks to feminist strategies to reconsider the relationship between body and land. As the overarching fear of climate change bubbles up multiple concerns around global unrest, changing geographies, crumbling democracy, and the future we leave for our children, this project makes visible the internal or invisible, and explores how acts of love and empathy (like the giving of breastmilk to a child) help us think expansively and beyond ourselves. The artist writes:

“I believe that the act of producing breast milk and lactation is an empathetic act. Biologically, breast milk is created when the body starts to produce the hormones of prolactin and oxytocin.  Oxytocin is a hormone that is produced when someone is in love. The act of producing breast milk allows the woman to engage in this state of being, which some might describe as being more connected, being more open and accepting, and not thinking of oneself first.”

For her solo exhibition at 18th Street, Chang presents video works that highlight several communities that live and work in the large metropolitan areas of Santa Monica, Los Angeles, Hong Kong, and the Texas/Mexico border. The title Milk Debt comes from the concept in Chinese Buddhism that a child can never repay the mother for raising and feeding it with her breast milk. Therefore, it is necessary to repay the debt through payments towards the afterlife of the mother. Milk debt is an arrangement that binds us to our history and to the earth. Through a process of collecting the fears of these communities to craft each film’s script, Chang exposes the wounds in our collective cultural consciousness so that we may rethink the process of healing.

Read Anuradha Vikram’s essay on Milk Debt, which will be included in our forthcoming 2019-2020 catalogue, to learn more about the exhibition.

There was an exhibition opening panel discussion on October 22, 2020 at 3pm on Zoom entitled MILK AND WATER, which included a conversation between Patty Chang and water scholar Astrida Neimanis. A 48-hour online screening of Chang’s film Milk Debt played for 24 hours before and after the talk. Please view the recorded talk below.

Chang’s exhibition was originally scheduled to open to the public on May 16, but due to COVID-19, was rescheduled to October 19, 2020 – January 22, 2020. Chang reopened participation in her List of Fears in March 2020 after Safer at Home measures were instituted, and held a livestream event of videos created from responses submitted during the pandemic. Curator Anuradha Vikram, who initiated Chang’s project at 18th Street, and curator Asha Bukojemsky of Marathon Screenings participated in a panel discussion (available below) on May 22, 2020.

**NOTE: Due to rising COVID-19 cases in LA County, 18th Street Arts Center closed appointments for this exhibition effective January 11, 2021. We encourage all interested viewers to enjoy the content on this page in order to experience the artist’s work. 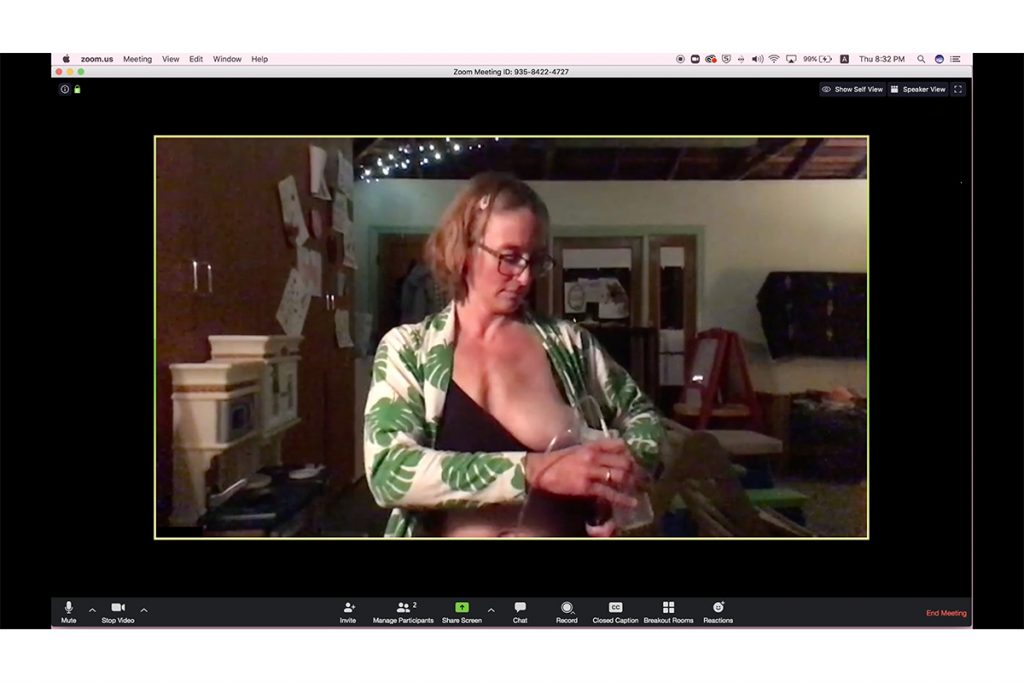 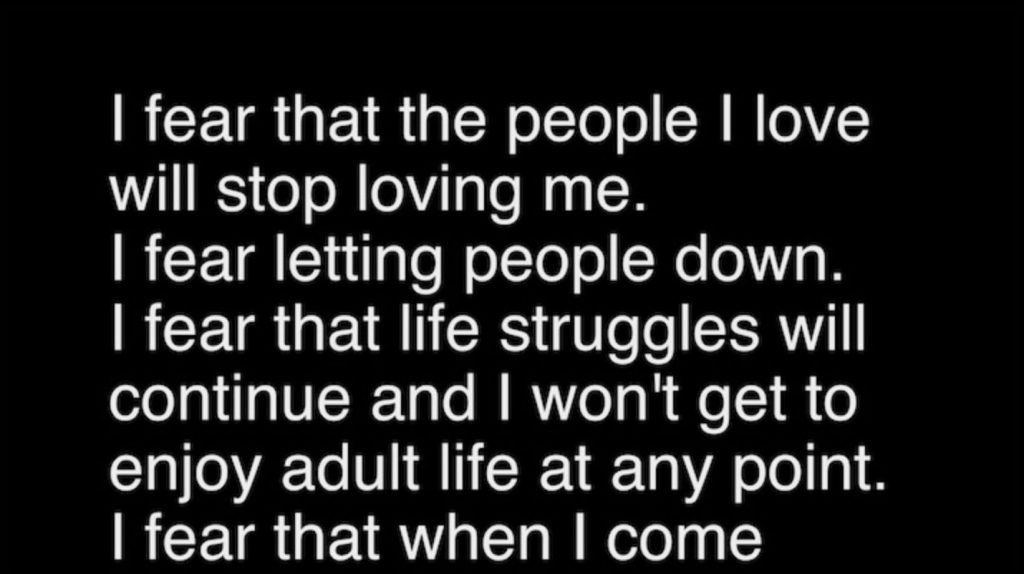 MILK AND WATER: A conversation between Patty Chang and Astrida Neimanis + 48-hour Screening! 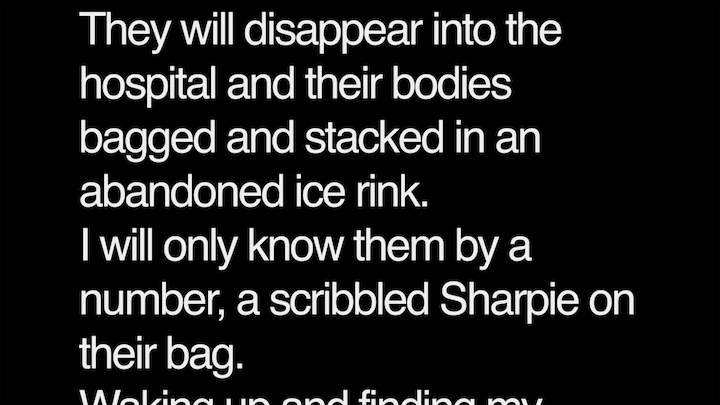 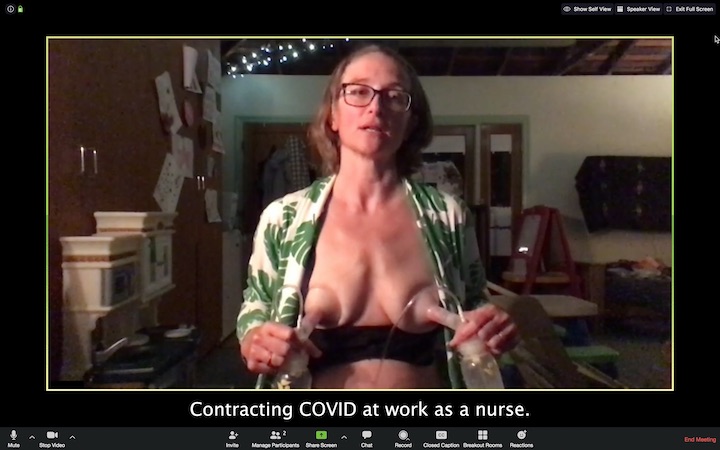 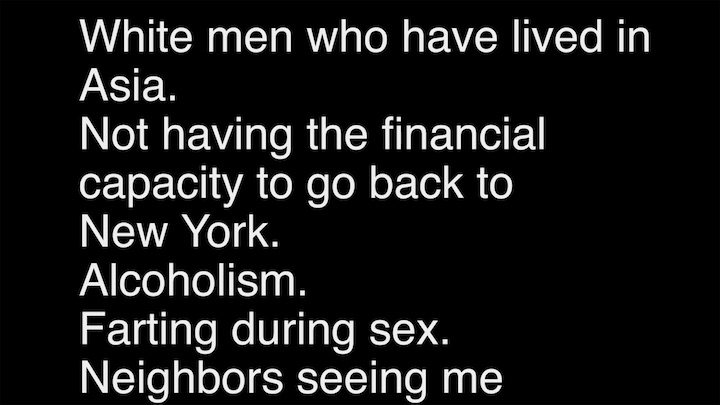 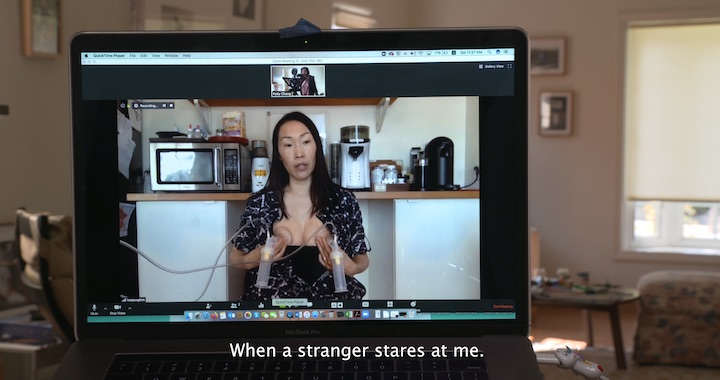 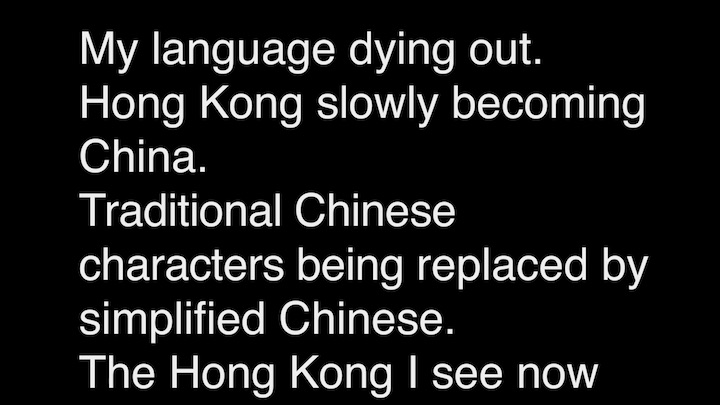 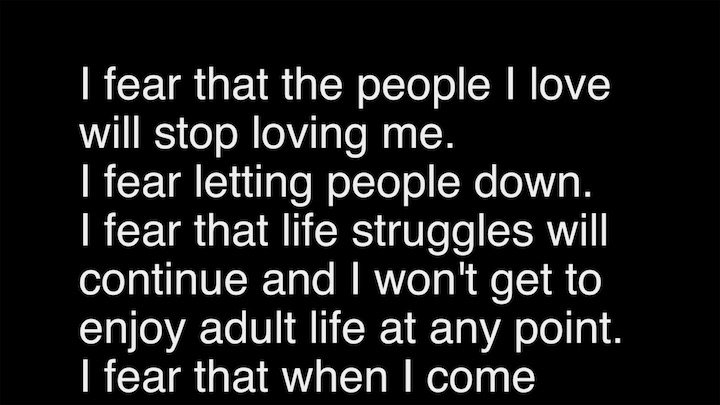 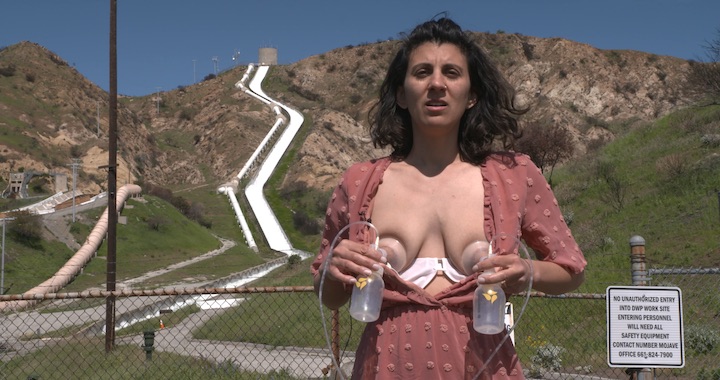 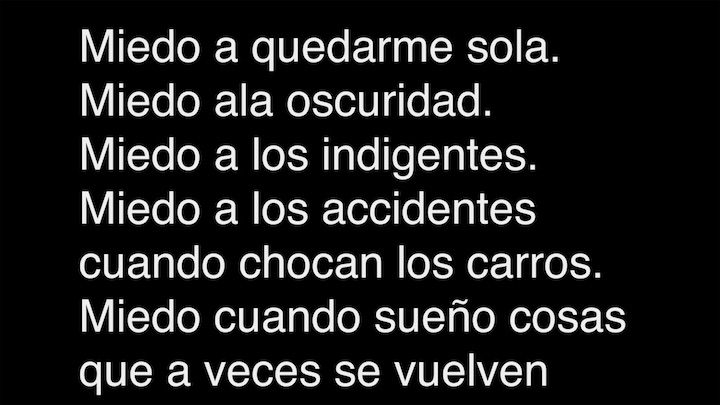 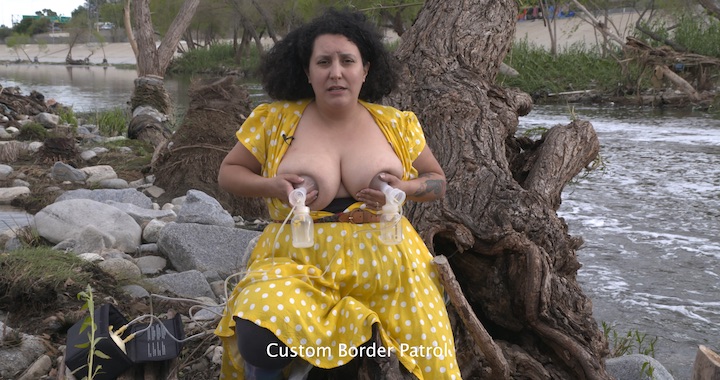 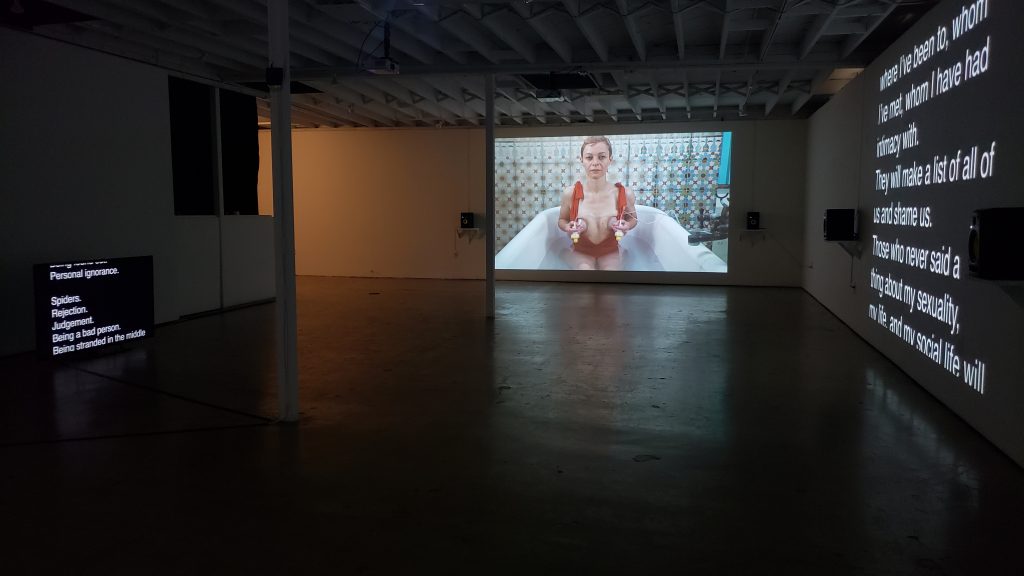 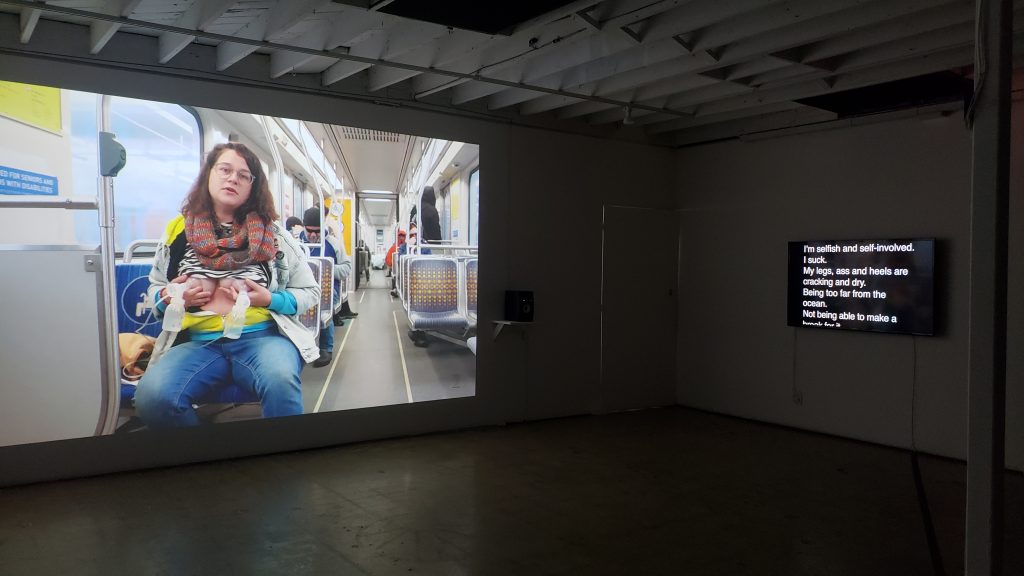 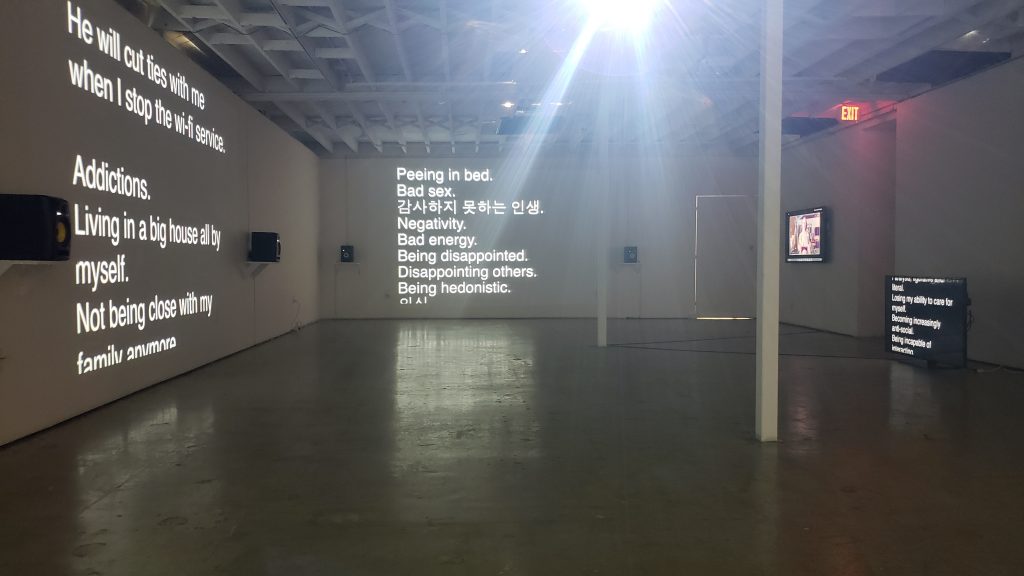 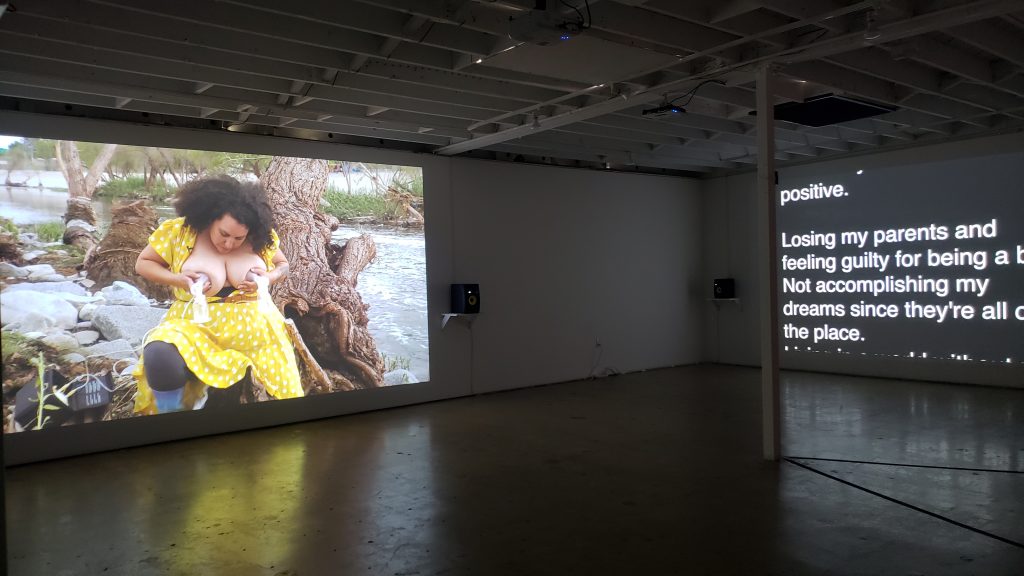