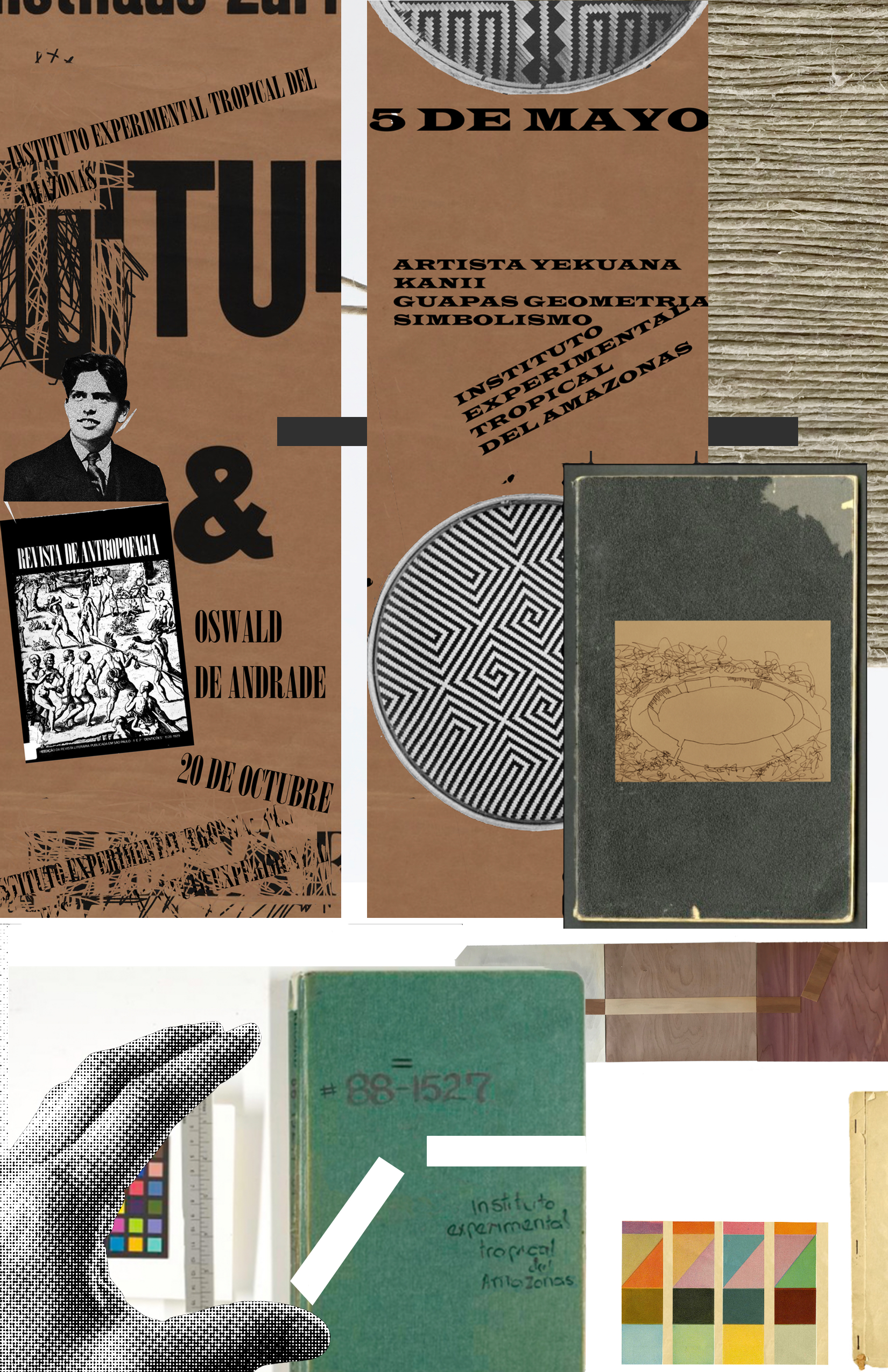 Join us for an Opening Reception featuring LA-based artists Carmen Argote and Mariángeles Soto-Díaz. The opening reception for Argote’s If only it were that easy… (Main Gallery) and Soto-Díaz’s Instituto Experimental Tropical del Amazonas (Atrium Gallery) is Saturday, February 24 from 6-8 PM. Danish visiting artists Silas Inoue & Kirstine Aarkrog and Jesper Dyrehauge will open their studios. Inoue’s work deals with scientific inquiry and employs unexpected materials, Aarkrog manifests site-specific interventions exploring phenomena related to time and the body, while Dyrehauge expands the formal and material properties of painting. The artists’ studios are adjacent to the Atrium Gallery.

Instituto Experimental Tropical del Amazonas is an installation of new work by Mariángeles Soto-Díaz, comprising a series of documents, posters and mixed media work from an imagined experimental art school that operated in the Amazon jungle between 1935 and 1942. Run by a team of feminist artists and designers with a communal spirit, the Instituto’s members studied the properties of rich tropical resources, learning building and crafts techniques with native populations (Makiritare, Yekuana and Yanomami) and setting out to re-imagine every aspect of living. They aimed to make art in concert with nature, within it and in contrast to it. Soto-Diaz’s installation at 18th Street aims to visualize a cultural institution founded on these indigenous values. One such value from the Manifesto, which will be on view: “WE HOPE the spirit of this school will outlast us: Post-brown, post-human, post-country are inaccurate designations. We recognize that by definition there is no embodied utopia, only the intention of living through the promise of propelling ourselves toward the circulating metaphysical powers that we can only imagine.”

The exhibition in 18th Street’s Atrium Gallery will open to the public with a reception on Saturday, February 24, from 6-8 pm, and runs through May 19, 2018.

Soto-Díaz was born and raised in Venezuela, where she began her art studies at the Instituto de Arte Federico Brandt in Caracas. She received an MFA in painting from Claremont Graduate University, and an MA in Aesthetics and Politics at CalArts. Her work has been exhibited internationally, from Venezuela to the United Kingdom to New York. Soto-Díaz is also the founder of the Unconfirmed Makeshift Museum (UMM), a cultural intervention in Irvine, California.

Mariángeles Soto-Díaz’s Moveable Lab Residency and Exhibition is generously sponsored by the Andy Warhol Foundation for the Visual Arts.