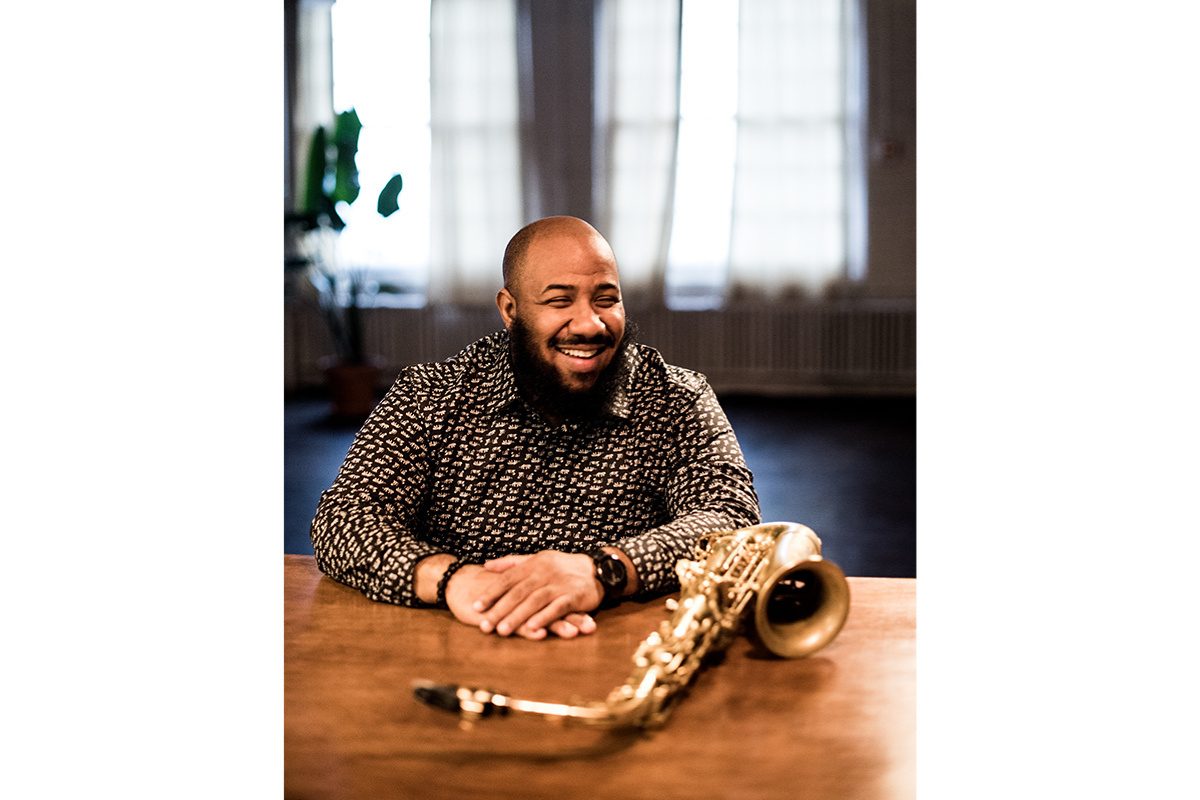 As 18th Street Arts Center’s 2022 Make Jazz Fellow,  alto saxophonist Christopher McBride brings his dedication in creating stories for audiences through soulful and melodically indelible tunes to a new body of work he will create while in residence at 18th Street Arts Center. The new compositions created during his Make Jazz residency will be performed in a culminating concert called “Lessons on the Path”, which will be live streamed from the World Stage in Leimert Park on March 26th beginning at 7pm (free). Musicians in Christopher McBride & The Whole Proof include Robert Rodriguez (piano), Pierre Charles III (keyboards/piano), Dan Chmielinski (bass), Anthony Fung (drums), Christopher McBride (saxophone/ compositions), and other special guests. Register to get a reminder! The livestream of the concert will be available on this webpage as well as 18th Street’s Facebook page.

Christopher McBride is a saxophonist based in Harlem whose work includes education, arranging and composition in addition to performance. He has been slowly but steadily turning heads with his ubiquitous work as an invaluable sideman since the mid-aughts. Now Christopher is gaining respect amongst fans, critics, and his peers as one of the most versatile saxophonists in the world. His 2012 debut album Quatuor de Force certainly establishes his ability to front a group and write his own soulful, melodically indelible tunes. Applauded for his ability to play in all musical situations, McBride has the ability to unleash a fiery attack and serrated tone, but on his recent album he explores a more measured, mellow sound heavily influenced by contemporary R&B—with a strong shot of Cannonball Adderley’s post-bop sensuality—but his improvising is very rigorous and cogent.

Christopher also serves as the Director of Education for the Second Line Arts Collective, a non-for-profit organization based out of New Orleans. His primary duties include writing curriculum for the Little Stompers division and teacher development. He has also worked as a journalist and consultant with Forbes Ignite, the innovation coalition of Forbes.