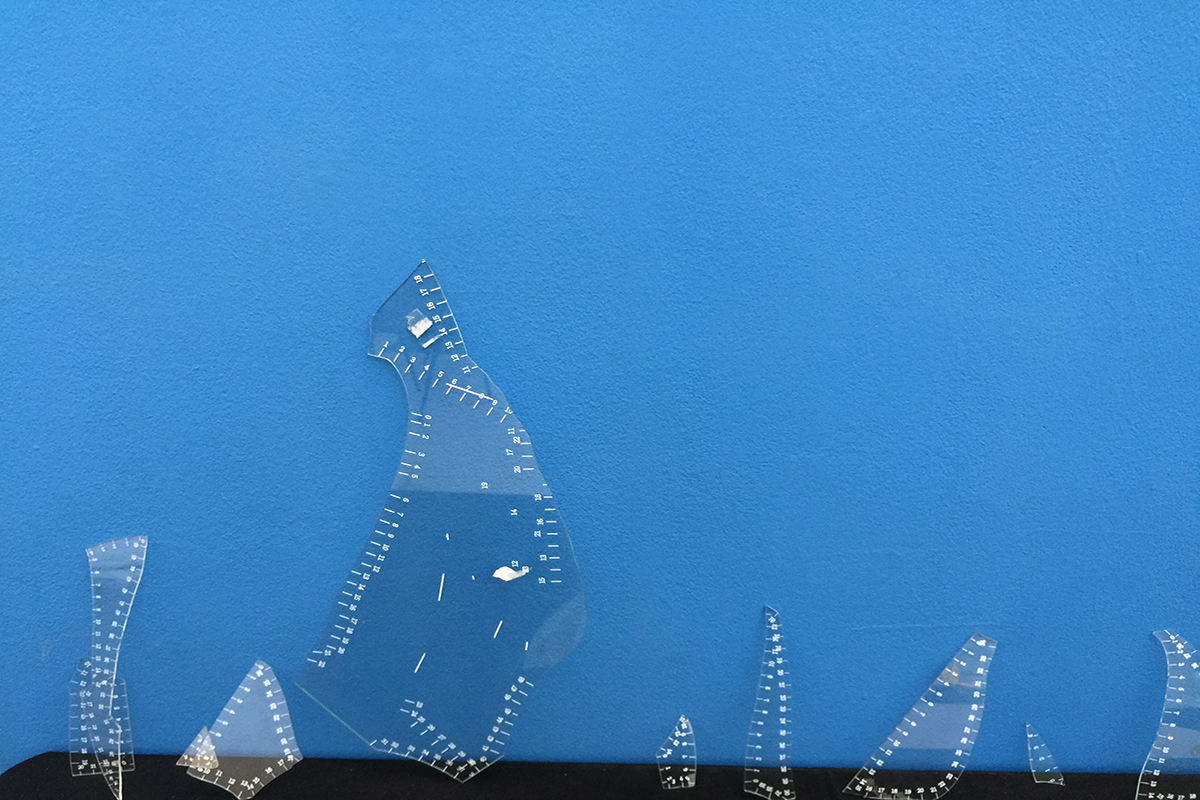 Taiwan-based artist Esther Lin’s practice explores the modern systems in which we live, whether physical or psychological. The exhibition Revolving Corridor (n.) evokes imaginary alternative spaces through objects, videos, audio samples, lights, and text combined in an installation, which showcases her most recent artworks. The title refers to sushi corridor restaurants where diners create their own physical space through time while waiting for food to pass. A sushi corridor is an in-between space that allows people to connect while preserving a sense of personal psychological space. In a similar way, Lin generates a space for people to move along the long South Gallery so that they may explore the transitional zones between languages and actions in daily life as they walk from one work to the other. By acknowledging the gallery as a space that challenges the traditional white cube due to its particular elongated and vaulted architecture and the continuous movement of artists accessing their studios, Lin invites viewers to move at their own pace to dialogue with each of her works and create an insightful territory of their own. Inspired by everyday details, Esther utilizes previous works created in various cities around the world (London, Taipei, Los Angeles) to inspire conversation about the past, the present, and the future by addressing the movement of time and human desire as driving forces behind civilizations.

The exhibition includes a three channel video accompanied by digital printed works, a lighting installation and samples of a book, printed receipts, images and text along with sound, and objects in various materials (such as glass and pigments).

In conjunction with the opening of Revolving Corridor on December 6 from 6-8 PM, local artists will open their studios in the Airport Hangar. They include M. Susan Broussard, Susie McKay Krieser, Gregg Chadwick, Eric Merola, Ameeta Nanji, Deborah Lynn Irmas, and more.

Esther Lin’s exhibition and three-month Artist Residency is generously supported by the Ministry of Culture, Taiwan and Taiwan Academy.

Esther Lin is an interdisciplinary artist based in Taipei, Taiwan. Her current practice focuses on connecting experimental narratives between literature and installation, and their organic interaction with society. She is good at telling stories with mixed media of objects, texts and images, and her practice intends to capture phases of transition within the modern daily system and to explore the transformation and fluidity of identity and value. Her research and interests include the production of materials in relation to memory, the spatiality of time, duration and process in space, and the relationship between object and documentation. She believes that art practice should always synchronize with real life, further to explore the boundaries of reality and imagination.