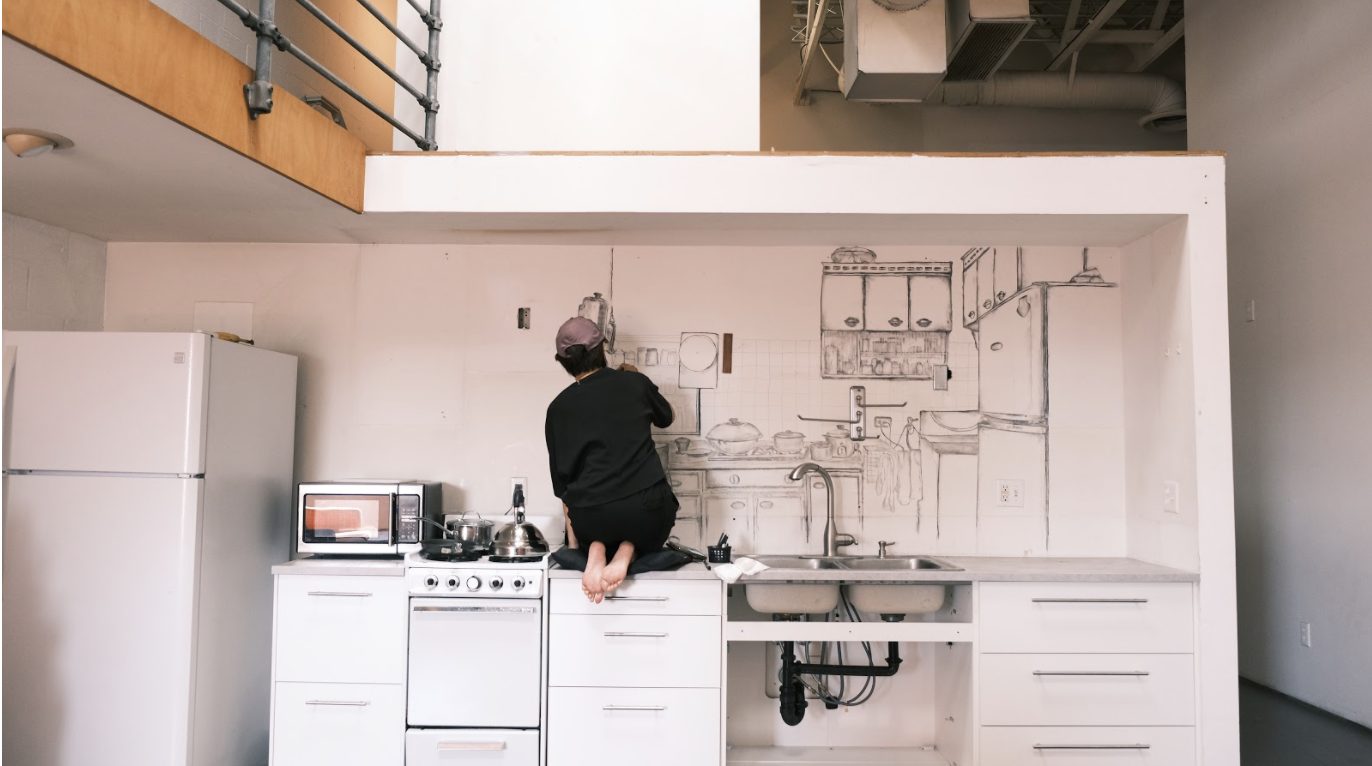 This event has passed but below is a recording of the virtual dinner conversation.

“… nostalgic had an amazing capacity for remembering sensations, tastes, sounds, smells, the minutiae and trivia of the lost paradise that those who remained home never noticed.”

The Future of Nostalgia by Svetlana Boym

Join artist in residence Nung-Hsin Hu and special guests  Hitomi Iwasaki (Director of Exhibitions and Programs at the Queens Museum), Jessica Kairé (Artist and Co-founder of NuMu), and Frida Cano (Assistant Curator / Artist Residency Coordinator at 18th Street Arts Center) in a virtual dinner party to mark the opening of her exhibition, Incurable Nostalgia. Guests will exchange recipes in advance and prepare the meal for the dinner conversation — then explore ideas around the taste of nostalgia, the smell of returning home, adapting to the new normal under the current uncertainty and anywhere else the conversation may lead.

Download the four home recipes from each of the guests here.

ABOUT THE DINNER GUESTS:

Hitomi Iwasaki is a curator of contemporary art and is currently the Director of Exhibitions and Programs at the Queens Museum. Having joined the Museum in 1996, she has curated culturally- and/or site-specific exhibitions with a diverse group of emerging and mid-career artists including Terence Gower, Johanna Unzueta, Jewyo Rhii, and Anna K. E. and many others. Hitomi won the International Association of Art Critic’s (IACA) Curator’s Award Best Project in a Public Space, 2009-2010 for Duke Riley’s outdoor event and exhibition. Her most recent exhibitions include Bringing the World into the World (2015) and Patty Chang: The Wandering Lake, 2009 – 2017 (2018). The most recent publications include The Panorama Handbook: Thoughts and Visions on and around the Panorama of the City of New York (2018, Queens Museum). She truly deeply madly believes that art is the most essential conditioner of humanity and cooks conspicuously well.

Jessica Kairé (b. 1980, Guatemala City) is an artist and educator based in New York City. She is also the co-founder of NuMu (Nuevo Museo de Arte Contemporáneo), an egg-shaped museum located in Guatemala City that aims to satiate the lack of other contemporary art institutions in the country. In her practice, Kairé combines artistic and domestic elements to create works that engage the public in various forms of activation. Her work has been shown at museums, institutions, and galleries such as Storefront for Art & Architecture (StorefrontTV), New York; the Los Angeles County Museum of Art (LACMA); Proyectos Ultravioleta, Guatemala City; Museo Jumex, Mexico City; SITElines.2018 Biennial, Santa Fe; 2da Gran Bienal Tropical, Loíza, Puerto Rico; and more.

Frida Cano is a Mexican visual artist and art curator. Cano is the creator of the transdisciplinary research-based art project entitled “Arttextum, Tejido de agentes culturales inspirados en Latinoamérica” that maps the intangible territory of our time through the metaphorical algorithms among cultural producers, viewing the artists as creative rivers, the art venues as mountains, and the art theory as the cultural climate; Arttextum has collaborated with the Ministry of Culture in Madrid since its beginning in 2012. Cano holds a BFA from the National School of Painting, Sculpture and Engraving La Esmeralda, National Center for the Arts in Mexico City, and an MFA in Exhibition and Museum Studies from the San Francisco Art Institute, California, USA. As an artist and curator, Cano has had exhibitions and public talks in Mexico, the USA, Germany, Japan, Korea, Guatemala, Costa Rica, Spain, among other places. Frida has worked in various art venues such as SPACE Collection, California, USA; Centro de la Imagen and Kurimanzutto Gallery, Mexico, Walter and McBean Galleries and Marciano Art Foundation, California, USA. She has been awarded with the Endesa Scholarship for Ibero- American Cultural Heritage by Fundación Duques de Soria, Spain, National Fund for Culture, Mexico, Jumex Foundation, Mexico, Fulbright-Comexus, among others. She is the co-author of the book Geografía artística de Arttextum –El mundo que también habitamos (Promoción del Arte / Xociartek, 2019).