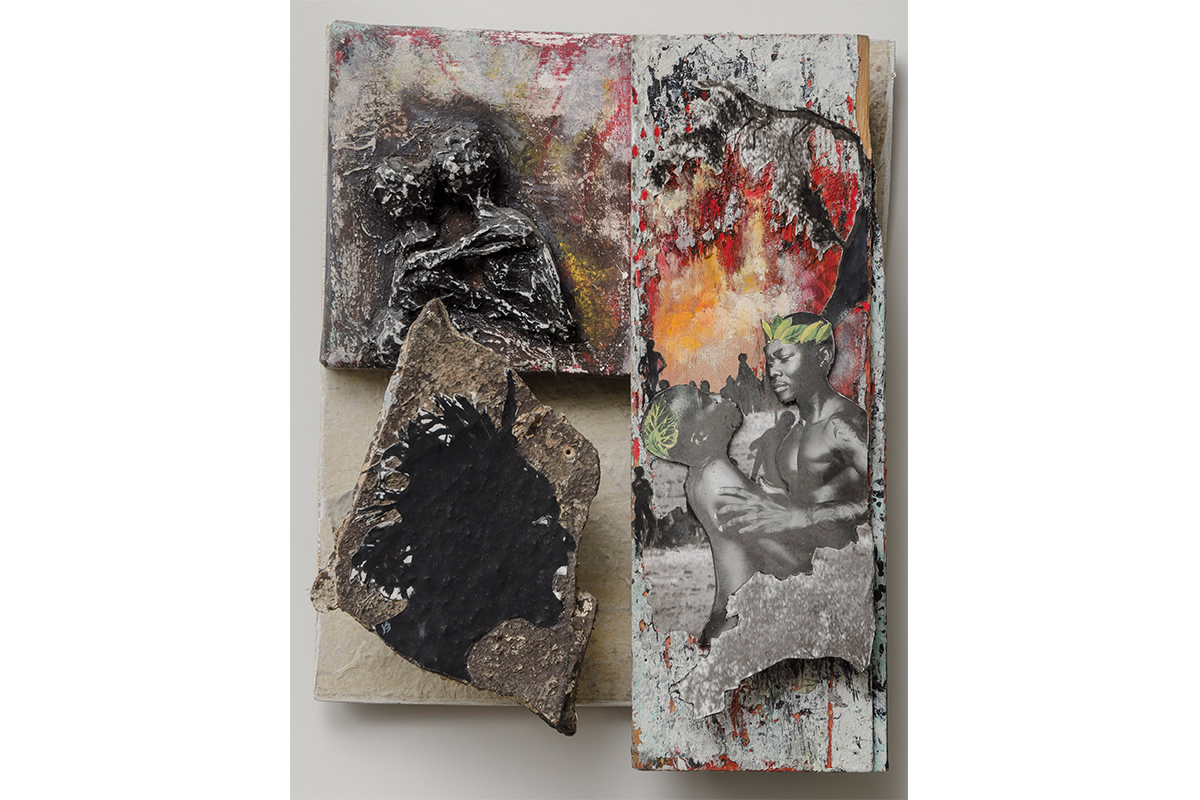 Artist in residence Yrneh Gabon will have an open studio and fundraiser supporting a climate change symposium at the Dakart 2020, Biennale at Lac Rose, Dakar, Senegal.

Works made in Jamaica, Africa, Mexico City, and the United States will be available.

Yrneh Gabon is a Jamaican-born interdisciplinary artist and human rights activist whose work deals with sustainable environmental issues in a socio-political and historical context. In his artistic process, he seeks to listen to what he does not hear to create and look beyond what is before him. Through this process, he places himself at the center of all his projects — allowing the research findings to inform his artwork and its aesthetics. Coming from a culture where community matters, he believes that an artistic practice that is engaging is not only rewarding but also empowering.  Seeing himself as a conduit, Gabon uses his art to agitate the viewer and unmask reality through object making, research, and performance based art.

Gabon has exhibited internationally and nationally including a solo exhibition at the California African  American Museum (2014-2015), which earned him an invitation to testify at the United Nations in New York where a bill for Albinism Day (June 11) was passed to protect albinos. Gabon has been awarded many residencies around the world, including the Fundación Sebastián Residency in Mexico City (2017).

Currently, he’s exploring how climate change affects salt production in Dakar, Senegal, and other parts of the world, including the Americas.