EVERYONE WAS INVITED: The Hyphenate Art and Life of Kate Johnson 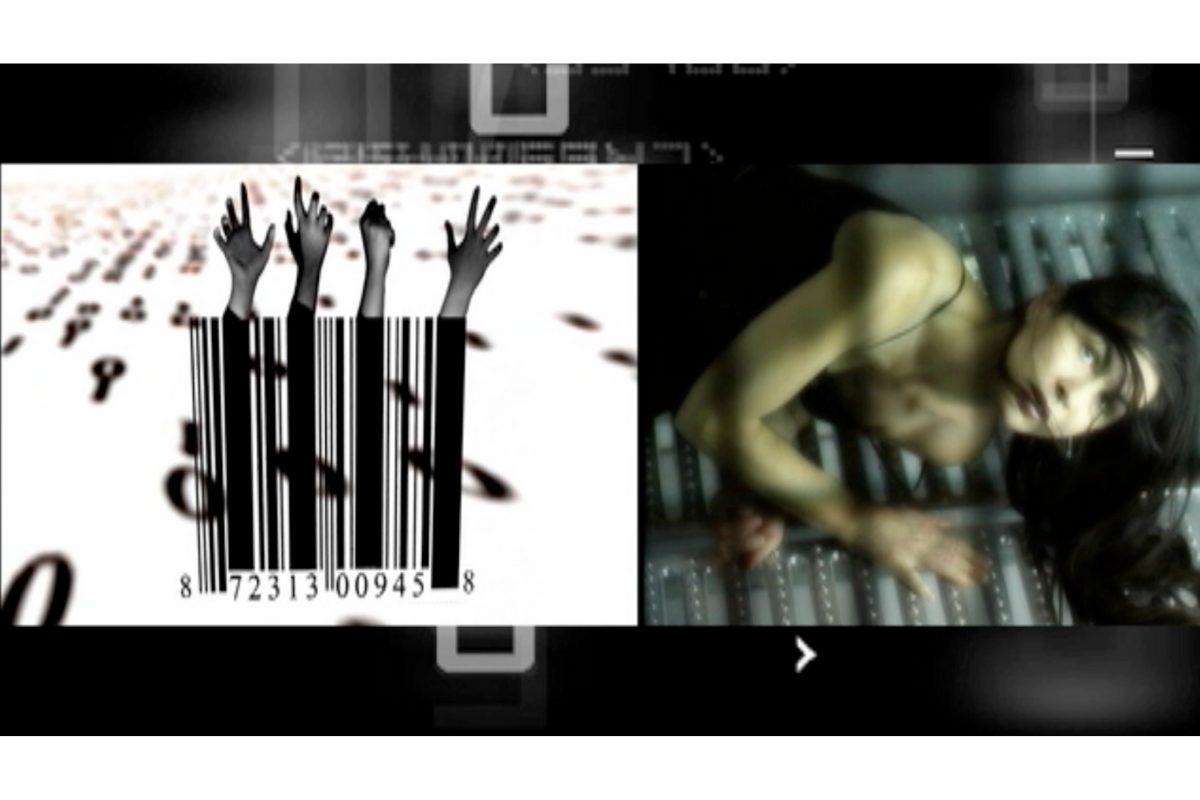 Kate Johnson (1969-2020) was a hyphenate artist. At the start of spring on March 20, 2021, for the one-year anniversary of her passing, an online experience of performances, memories and interaction will awaken recognition of the multiplicity of Johnson’s achievements in her 50 years.

An artist trained in performance, with a 27 year-long full-time career as a professional media artist. An Emmy-award winning documentary filmmaker. A large-scale site-specific projection artist, creating enormous imagery on such iconic LA landmarks as LA’s City Hall. A computer coder, an educator, publisher, musician, archivist and advocate for the preservation of the diversity of experiences that make up the human condition. And an immensely inclusive human being who saw beyond the superficial differences which have divided us according not only to political theory, but along lines of genre, and the illusionary barricades dividing the arts from the sciences.

She was the host of 20 years of in person experiences, she loved to stage parties, melding together the salon with the need for mutual understanding. Everyone was invited. She was, at her core, a uniquely 21st century arts-based practitioner.

This event is produced and conceived by Futurizing Art and presented by 18th Street Arts Center. It is supported by LA ACM SIGGRAPH, official partner; and the Otis College Digital Media Department.

Futurizing Art (FA) is a creative initiative to advance production, cultivation, and curation of innovative projects that push well beyond the conventional departmentalist boundaries of genre, medium or sensibility and create enhanced experiences through collaboration between art and the forefront of technology.

Initiated by Kate Crash, Michael J. Masucci & Laurie Yehia, FA seeks to develop site-specific, online, and hybrid formats that include more communities and introduce audiences to the latest milestones in arts-based practices, and to foster a greater appreciation for the already extensive multi-generational canon in the electronic arts.

ABOUT THE PARTICIPATING ARTISTS:

Barbara Turner Smith has been at the forefront of artistic movements in Southern California for over 50 years, particularly feminist art and performance. Her artwork—which ranges from paintings, drawings, and artist’s books to installations, videos, and performances, and often involves her own body—explores concepts that strike at the core of human nature, including male and female sexuality, sensuality, physical and spiritual sustenance, and death. Smith received her BA from Pomona College in 1953 and MFA in 1971 from University of California, Irvine where she was a founding member of F-Space with Chris Burden and Nancy Buchanan. She has exhibited widely since the 1960s, and her work been represented in several historic survey exhibitions that include Whatever Happened to Sex in Scandinavia?, Office for Contemporary Art, Oslo, Norway, 2009, and WACK! Art and the Feminist Revolution, MoCA, Los Angeles, 2007, State of Mind, New California Art since 1970, Orange County Museum and Bronx Museum and The Radicalization of a 50’s Housewife at University of California, Irvine. She is represented by The Box Gallery, Los Angeles.

S. Pearl Sharp is a writer, actor and filmmaker. A poet from childhood, Sharp attended John O. Killens’ Writers Workshop at Columbia University where she wrote poetry and plays, in addition to forming the literary performance troupe Poets & Performers.  In the mid-1970s Sharp moved to Los Angeles where she created Poets Pay Rent, Too, and served as publisher/editor of many publications. Sharp was a co-founder, with Robert E. Price, of the Black Anti-Defamation Coalition which monitored the image of Blacks in the media (1980-85). Her films include Back Inside Herself (1984), Life Is A Saxophone (1985), Picking Tribes (1988), It’s OK to Peek (1996), The Healing Passage/ Voices From The Water (2004); and for the City of Los Angeles, Central Avenue Live! (1996) and Fertile Ground: Stories from the Watts Towers Arts Center (2005). Sharp was an essayist and commentator on NPR from 2003 to 2009, and has served as a volunteer segment producer for KPFK-FM, Pacifica Radio Network. Her non-fiction writings are collected in The Evening News- Essays And Commentaries From NPR And Other Clouds (2015).

Mike Garson is a pianist, who has worked with David Bowie, Nine Inch Nails, St. Vincent, Free Flight and The Smashing Pumpkins. He is known for his improv style, never playing a song the same way twice. Garson was David Bowie’s longest and most frequent band member. A comprehensive biography of Garson’s life and career to date was published in 2015, under the title Bowie’s Piano Man: The Life of Mike Garson, by Clifford Slapper.

Kate Crash is a Los Angeles-based songwriter, music producer, filmmaker, entertainer and multimedia artist. She is best known for her surreal short films that coincide with the records she writes and produces. She also creates theatrical, multimedia-experiences with her combination of indie pop and conceptual art, bringing together poetry, movement, political theater, and dance. She writes, performs, and produces her own music and writes, directs, and edits her own video art. Crash’s art and films have been shown at the Armory Center for the Arts, Barnsdall Art Gallery, 18th Street Art Center, the Getty’s Pacific Standard Time, and Highways Performance Space. She has been featured in pieces by the renowned performance artist Barbara T Smith; as well as Emmy-winning multimedia-artist Kate Johnson, Michael J. Masucci, and SIGGRAPH. In August of 2017 Echo Park Film Center held a retrospective of her video art. Her music can often be found in films and television shows from all over the world.

Joel Virgel was born in the French West Indies and grew up in Paris. He has traveled extensively throughout the world, and is heir to the vocal traditions of both Europe and Africa. He has worked with notable composers Paul Cantelon, Peter Doyle, Harald Klauser, Mark Kilian, Deborah Lurie, Heitor Perira, Fredrik Weidman, Benjamin Walfish, Jack Walls, Austin Wintour and Hans Zimmer.

ABOUT THE EXECUTIVE TECHNICAL PRODUCER

Winn Schwartau, Chief Visionary Officer for SAC Labs, A division of KnowBe4, is a Fellow of the Royal Society of the Arts and a Distinguished Fellow of Ponemon Institute. After a career in entertainment audio engineering, working on live concerts, studio albums and TV shows, Schwartau focused on developing DoD cyber-security technologies. He coined the term “Electronic Pearl Harbor” while testifying before Congress in 1991 and showed the world how and why massive identify theft, cyber-espionage, nation-state hacking and cyber-terrorism would be an integral part of our future. He was named the “Civilian Architect of Information Warfare,” by Admiral Tyrrell of the British MoD. Schwartau’s predictions about the internet & security have been scarily spot on. His new book, Analogue Network Security, is a mind-boggling mathematical, time-based and probabilistic approach to justifiable security. Schwartau previously authored other books, including the seminal and visionary book Information Warfare: Chaos on the Electronic Superhighway (1994), which first articulated the state of cyber-security the world is experiencing today. His honors include International Security Hall of Fame: ISSA; Top-20 industry pioneers: SC Magazine.; Top 25 Most Influential: Security Magazine; Top 5 Security Thinkers: SC Magazine.

Image Caption: Kate Johnson, LIBRA, as we witness the careless slip of a scale…, 2005. Video still. Courtesy of EZTV.