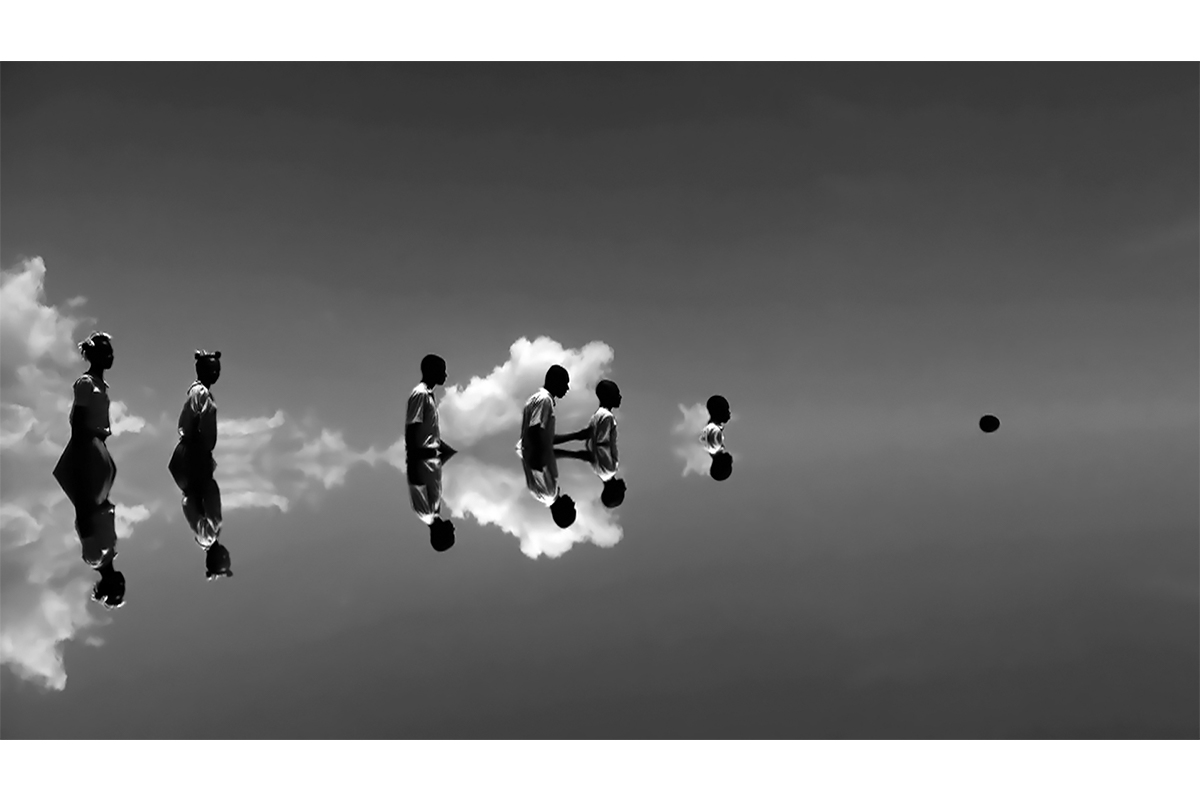 From the words of an old Danish children’s rhyme, Jeg gik mig over sø og land… “I traveled over sea and land.” The works of visiting artists Jeannette Ehlers and Nikolaj Recke occupy different spaces in geography and time. Ehlers looks far back into the history of Danish colonialism and involvement in the transatlantic slave trade in the nineteenth century, making the repercussions of the forgotten past visible in the present through performances, videos, and sculptural installations that place her own body and those of other black women performers into positions of strength and power long denied to them. Recke looks to the more recent past when Earthworks artists from New York took to the American desert, unearthing traces of this country’s neglected history of genocide, forced displacement, and nuclear war. Both artists bring the past into the present with lightness, keeping feet on the ground and sails to the wind.

Jeannette Ehlers is a video, photo and performance artist based in Copenhagen, Denmark. Experimental imagery characterizes her multidisciplinary work, and for years she has created artworks that engage with resistance towards coloniality. On these changeable terms, meaning and identity are explored, in both a sophisticated and immediate way. Ehlers’s performative and cinematic universes delve into ethnicity and identity inspired by her own Danish and Caribbean background. Her pieces revolve around big questions and difficult issues, such as Denmark’s role as a slave nation—a part of the Danish cultural heritage–which often gets overlooked in the general historiography.

Nikolaj Recke is an artist based in Denmark whose practice has been called “emotional conceptualism,” and his re-enactments of land art and art history have characterized his work from the beginning. Recke invests his subjectivity (as an artist and a person) in the encounters with the works–not to return to narcissistic self-reflection–but to open these works to the levels of emotional experience that they have traditionally been dissociated from, and expand their intellectual and formal horizons even further with aesthetics involving self-irony, wit, politics, consciousness, and a romantic sense of beauty.