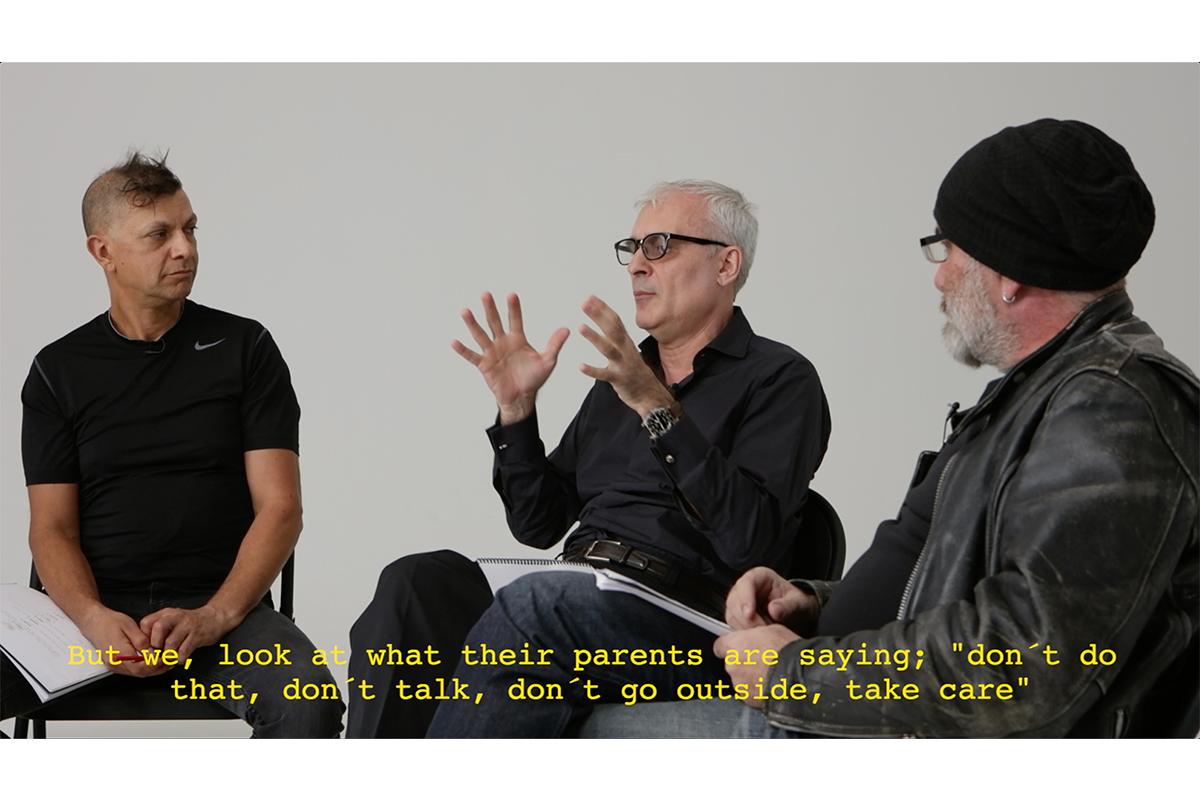 Tune in at noon on April 8 for an exclusive 48-hour screening of Danish/Norwegian artist Damir Avdagic’s latest video piece from late 2018. In Repriza/Uzvracanje (Reprise/Response) (2018), four people in their mid-60s from ex-Yugoslavia perform a transcribed conversation from the piece Reenactment/Process (2016), in which four people in their mid-20s discuss the inter-generational frictions they experience between themselves and their parents relating to the conflict in ex-Yugoslavia.

Avdagic’s project explores the ways past events transmit between generations and how they affect the present. In the Live Zoom chat at noon on Friday, April 10, Avdagic will show clips of Reenactment/Process, and describe his own process as an artist as part of a moderated conversation and audience Q&A. Please RSVP and join us for this virtual lunch and discussion with participants from around the world – we will send the Zoom link to those that RSVP.

This film is 24:47 minutes and will play on loop for 48 hours on Facebook, Youtube, and Vimeo and is also available for streaming here.

Damir Avdagic is an interdisciplinary artist, currently living and working between Oslo and Copenhagen. The conflict in Ex-Yugoslavia from 1991-1995 and the exile of his family to Norway in 1993 informs Avdagic´s artistic practice which is based on performance, text, and video. By focusing on the symptomatic reactions that occur in these processes, his work reflects on how history is passed between generations and what effect it bears on cultural identity, nationality, and the self.

While in residence at 18th Street Arts Center, Avdagic researched the political aspirations of the generation that lived in the socialist federation of Yugoslavia and question what the legacy of socialism is for the generations that came after.

His work has been shown nationally and internationally in venues such as Entree Galleri, Bergen, Norway; Kunsthall Charlottenborg, Copenhagen; Fotogalleriet, Oslo; KALA Art Institute, Berkeley; and Kristiansand Kunsthall, Kristiansand, Norway. Avdagic is a Fulbright Fellow and is the recipient of grants from prestigious institutions such as the Norway-America Foundation, Oslo; the Office of Contemporary Arts, Oslo; and the Danish Cultural Council, Copenhagen. Avdagic holds an MFAs from the Royal Danish Academy of Fine Arts in Copenhagen, Denmark (2008-2014) and the University of California, Los Angeles (2013-2016).