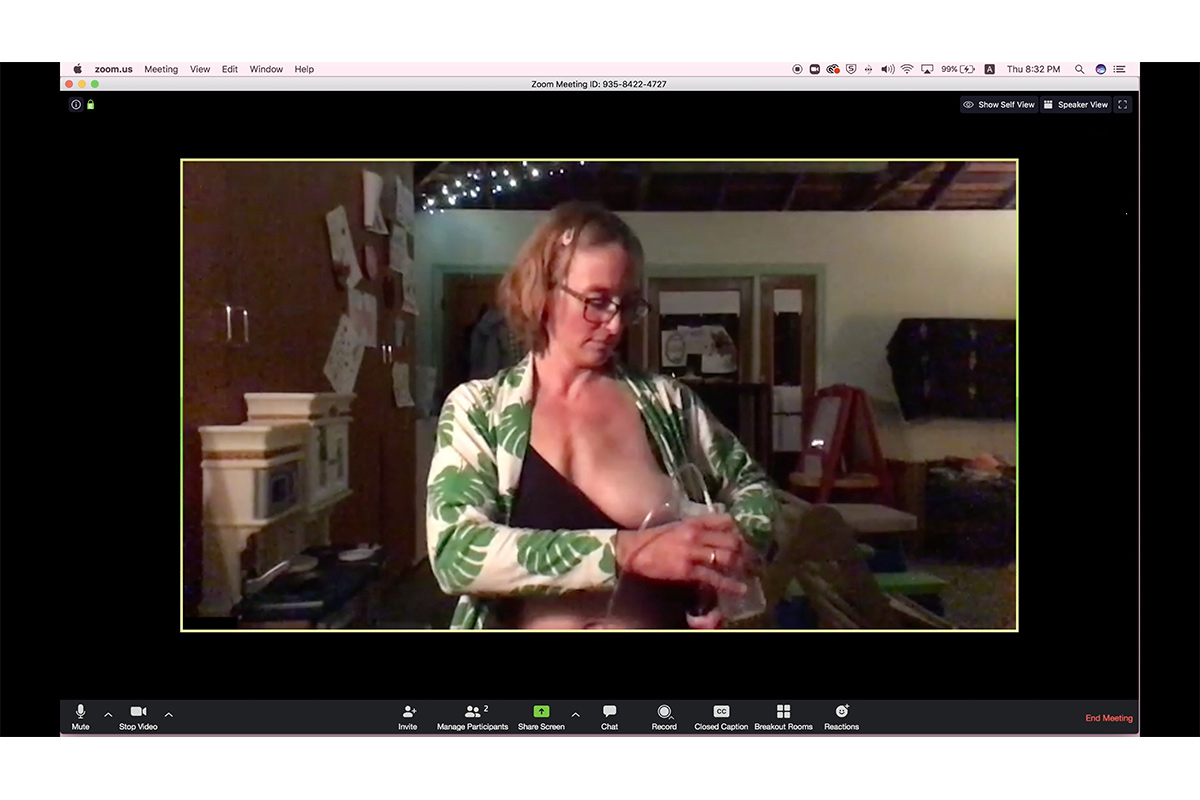 Milk Debt is a multi-part video project of women pumping breast milk while reciting lists of fears drawn from different communities in various geographical regions around the world. The title refers to the idea in Chinese Buddhism where a child is forever indebted to its mother for the milk she gave. Milk Debt is an arrangement that binds us to our history and to the earth, and is considered an unpayable debt. Biologically, breast milk is created when the body starts to produce the hormones prolactin and oxytocin – a hormone also produced when someone is in love. The performance acts as a type of ritual, with the performer channeling the fears of others into public speech. By speaking the fears, the pumper transforms them from the individual into the communal. In a time when people are being impacted by climate change, governmental policies, lack of resources, and pandemics, it is vital to find ways to connect to others, be inclusive and compassionate and find ways of making meaning in our world.

Chang’s exhibition was originally scheduled to open to the public on May 16, but due to COVID-19, has been rescheduled for the fall. Chang reopened participation in her List of Fears in March 2020 after Safer at Home measures were instituted, and the videos showing as part of this livestream event were created from responses submitted during the pandemic.

Patty Chang is a Los Angeles based artist working in performance, video, writing, and installation. Chang emerged from New York’s alternative art scene of the mid-1990s, producing works dealing with themes of gender, language, and empathy. Throughout her career, Chang has challenged the parameters of performance by addressing issues she observes in contemporary society.

MARATHON SCREENINGS is a series of salon-style film & video presentations that invites international and LA-based artists to share their work and engage in meaningful dialogue. Taking place at a residence or nonprofit art space, each screening includes a communal dinner and open conversation with the artist and visiting moderator. The program includes films that range from short, conceptual videos to feature-length experimental documentaries, as well as performances and lectures. Intimate and thoughtful, the gatherings allow for invited artists to connect with attending participants and generate critical discussions while sharing a meal. Highlighting minority voices, the films uncover issues surrounding individual identity, representation, and historical consciousness in a shifting geopolitical landscape. The series is organized by Los-Angeles based curator Asha Bukojemsky.