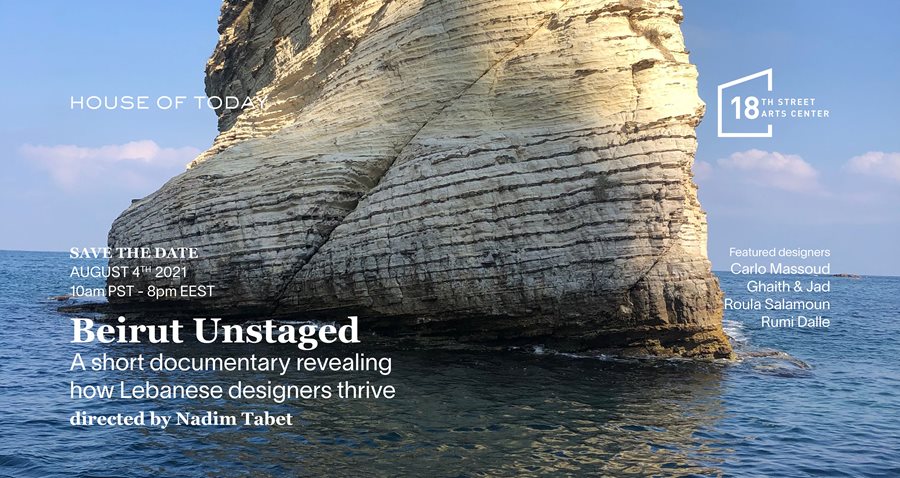 Borderless: Beirut
A virtual film screening and conversation with artists from the visual arts and design scene in Beirut, Lebanon
Organized by House of Today and 18th Street Arts Center
Wednesday, August 4, 2021 | 10 AM* PST
Online

*This event is exclusive for Borderless members only. Join by making a donation of any amount today and we will send you an access code to the exclusive Borderless portal.

Beirut, Lebanon is a city of many cultures that have come together and influenced each other over thousands of years. It is one of the oldest continually-inhabited cities in the world, with a diversity of unique neighborhoods rich with their own characteristic art, design, and food. It is a place where traditional craft influences cutting-edge design, and few borders exist between artisans, designers, and contemporary artists. Even after decades of war and a terrible explosion in August of 2020 that destroyed parts of the city, the resilience of the people of Beirut is evidenced by the breathtaking creativity born from its artists.

For this second iteration of our Borderless series, 18th Street Arts Center’s special membership program focused on creating connections between artist communities around the world, we focus on Beirut through a partnership with the collaborative design platform House of Today.

Founded in 2012, House of Today is a non-profit organization that identifies, nurtures, mentors, curates, showcases and connects emerging Lebanese designers to create a relationship with design experts, regionally and globally. House of Today is dedicated to the enrichment of Lebanon’s design culture.

Through intercultural dialogue and exchange, we explore the methods of design, craftsmanship, and communities of artisans and designers in this resilient city. Through the eyes of four cutting-edge designers and artists (Carlo Massoud, GHAITH&JAD, Roula Salamoun, and Rumi Dalle), we get a behind-the-scenes tour of their neighborhoods, practices, studios, supporting arts organizations, and networks of practitioners that contribute to a thriving and innovative design ecosystem in Beirut.

Guided by House of Today co-directors Charbel Abi-Azar and Mattia Tebasti, with award-winning Lebanese director Nadim Tabet and art direction by Pascale Laffe, this newly commissioned film and live Q&A launch on August 4th at 10am will give Borderless members a unique inside look at Beirut’s design communities.

The film will launch with a virtual screening and Q&A with the designers on the first anniversary of the 2020 blast, at 10am on August 4, 2021.

By becoming a member, you will also have access to our other iterations of Borderless, a special membership program featuring quarterly introduction to artist communities around the world. For our prior iteration in March 2021, we focused on Yogyakarta, Indonesia (colloquially called “Yogya” or “Jogja”). Though all places have their challenges, Jogja is known for an unusually high concentration of artists and intergenerational self-organized artist communities. Through intercultural dialogue and exchange, we explored the organizational methods employed in this unique city of artist communities and how we might learn from them. 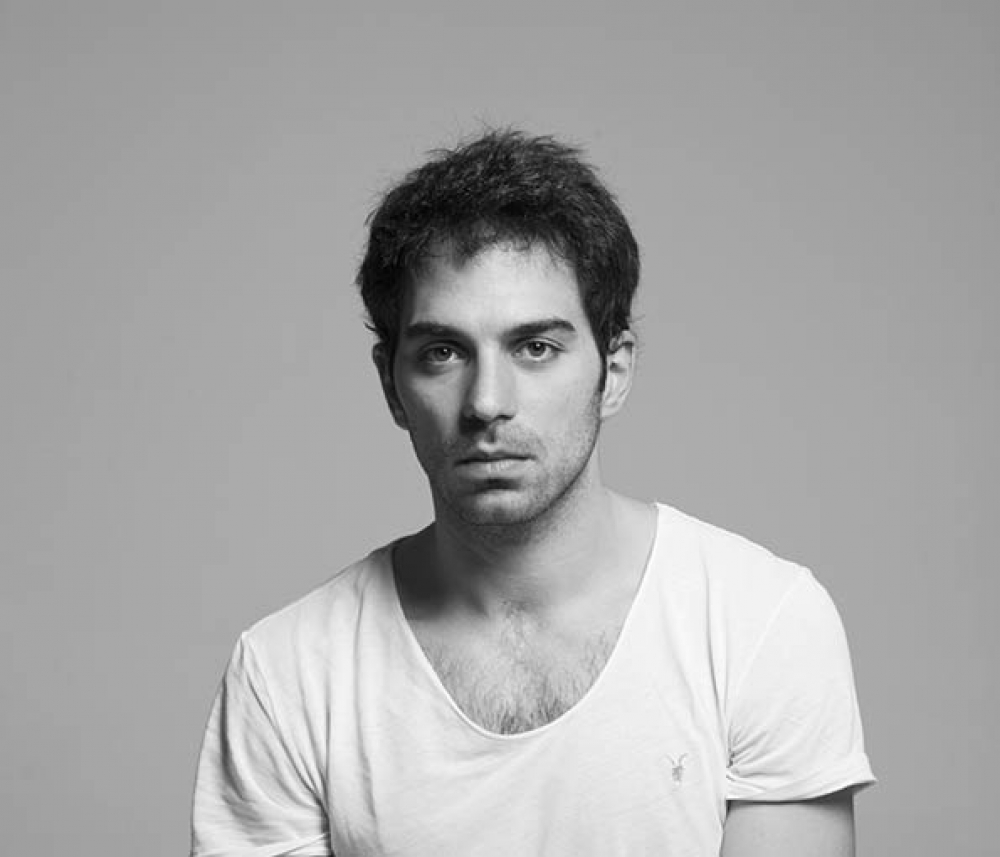 Carlo Massoud’s work stems from his relentless questioning of social, political, cultural, and environmental norms. He often pushes his viewers to question their knowledge of the subject, leading them towards thought-inducing confusion and provocation.

“I am in persistent search for new spaces, ideas, cultures, and destinations, and I actively document, research, and collect information from various sources.”

The exploration of new and unknown places is key to his creations. Through these, he finds new stories to tell and share through collaborating with local artisans and designers, creating a global narrative that stems from unique associations of people, cultures, and materials.

“Collaborating with local visionaries allows me to discover new techniques of production, while using basic materials and groundbreaking technology. Our united effort creates an exchange of cultures, knowledge, and possibilities.”

Having graduated from ECAL in Switzerland, he began his career working with Nasser Nakib Architect in New York City, where he was in charge of high-end residential projects, creating bespoke furniture and architectural details. In 2013, he began working under his own name, participating in international fairs, including the Armory Show (NYC), Southern Guild (Cape Town), Design Days (Dubai), among many. 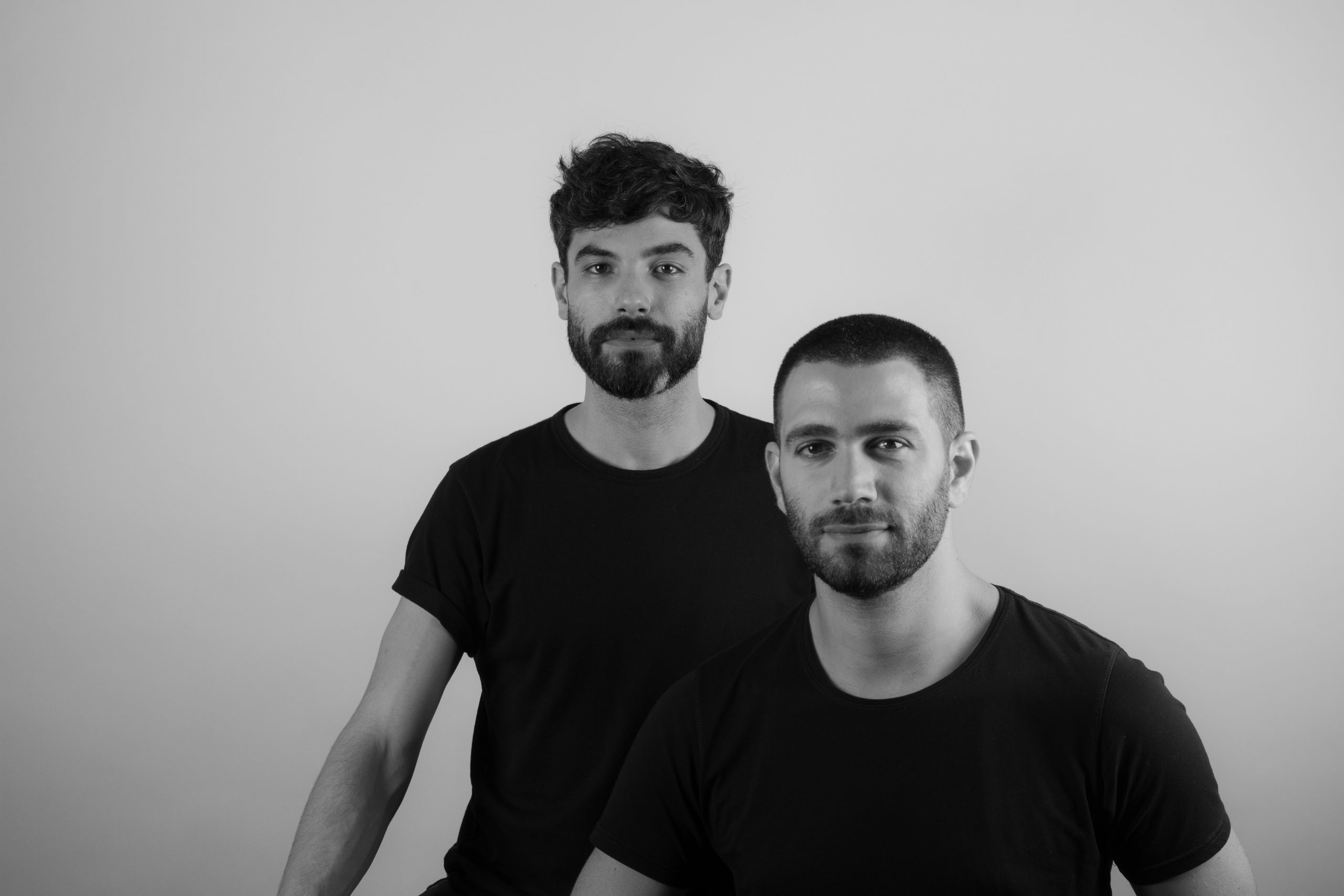 GHAITH&JAD is an architecture and design studio based in Beirut, Lebanon, co-founded by Ghaith Abi Ghanem and Jad Melki. Known for their distinctive process-driven approach, their work is characterized by truth to material and responsiveness to context. Their practice ranges in scales, combining architectural, interior, exhibition, installation, and product design. Since their selection as Starch Foundation Architects in 2014, GHAITH&JAD won the iF International Award 2015 for Interior and Retail Design, and designed an experiential installation, Projection Lines, for the opening of the Dubai Design District d3, 2015.

In 2016, GHAITH&JAD were commissioned to design an exhibition for the 150th anniversary of the American University of Beirut. The public pavilion they created housed the exhibition genus: nation, gender, status. At Dubai Design Week they launched Blue, the first piece in their line of innovative lighting, and in Beirut they unveiled a custom interior installation at gilt.

They are the recipients of the Next Generation Lafarge Holcim Award 2017 for their research project “Recovering Aleppo’s Topography” developed with Engineer Nour Madi to create a civic engagement and concrete recycling facility for post conflict situations – taking Aleppo as their specific case study. Ghaith and Jad were also responsible for the scenography of the 3rd House of Today Design Biennale that took place at 3Beirut in Lebanon – curated by Cherine Magrabi Tayeb and included a renowned list of local and international designers and collaborators.

They continue their design explorations through their studio at Mansion, a reclaimed 19th century residence that houses multidisciplinary designers under one roof. 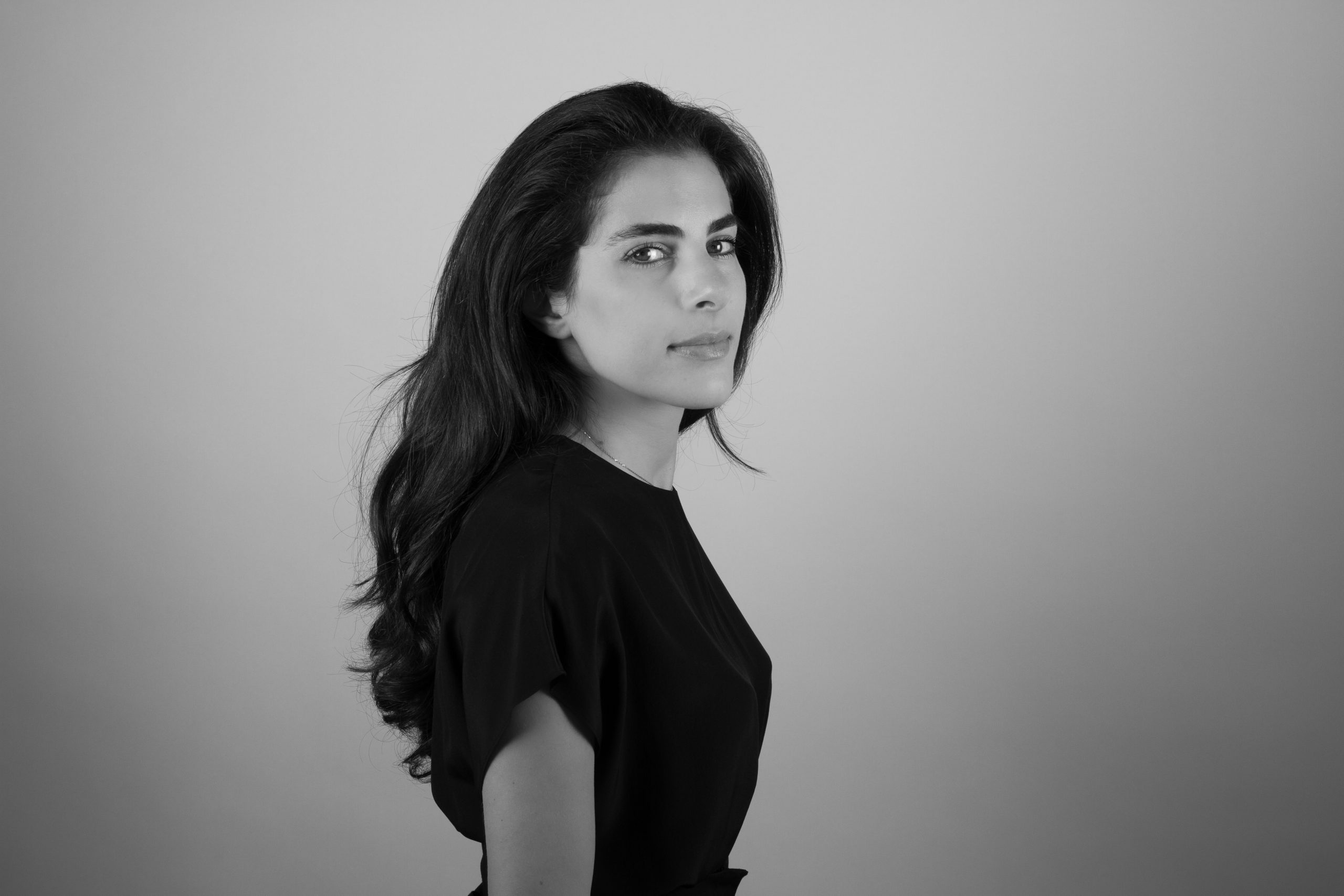 Roula Salamoun is an architect and designer. She earned her Bachelor of Architecture at the American University of Beirut and pursued her Master’s degree at Columbia University in New York. From her Beirut based practice, she engages in material experimentations and experiential designs through multi-scalar projects ranging from products to architecture. Her work has been exhibited at the House of Today Biennale in Beirut, the Venice Architecture Biennale, and Studio X in New York, in addition to numerous publications in prominent magazines such as Domus, Wallpaper and Galerie. 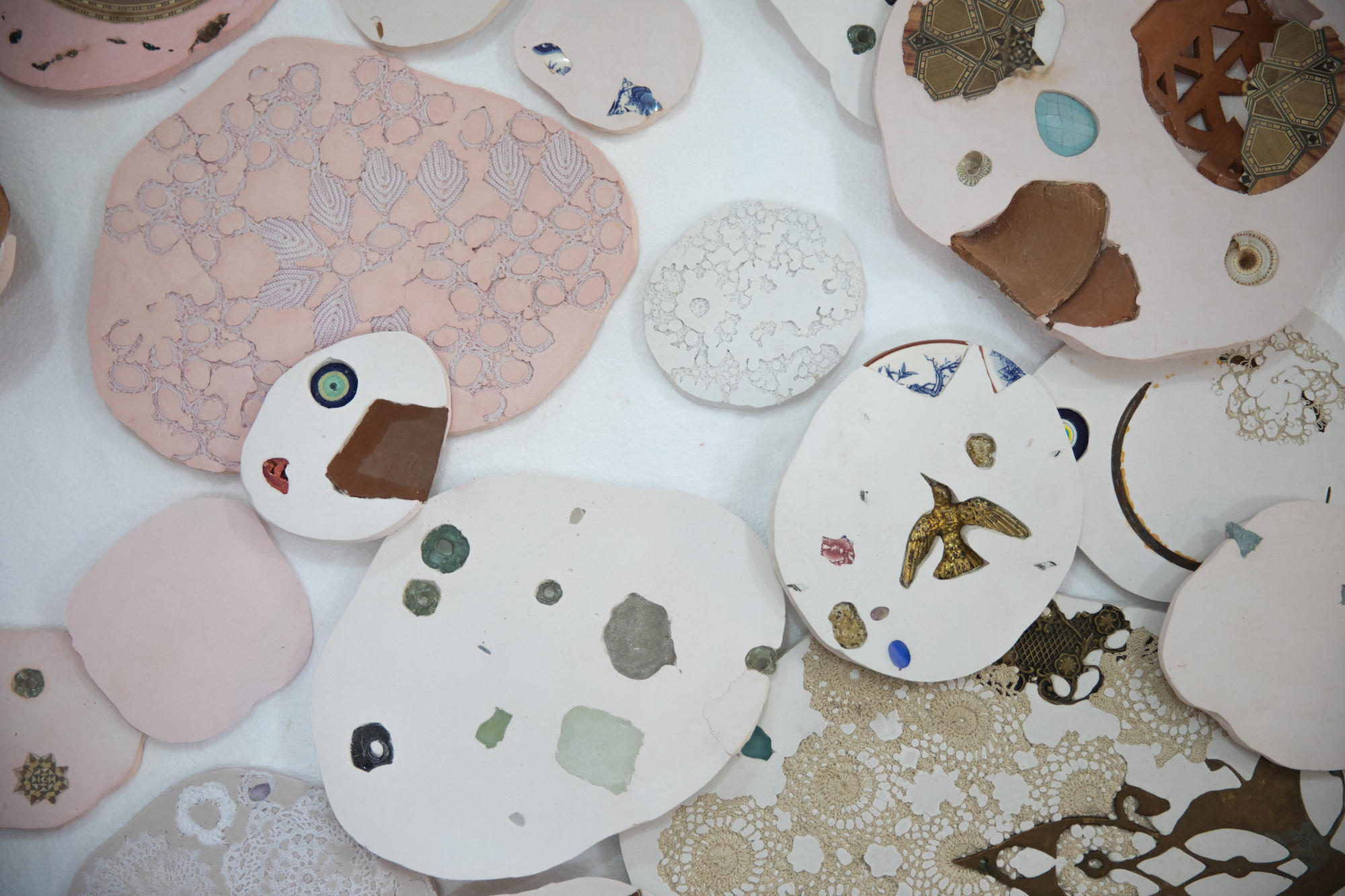 Rumi Dalle, winner of the 2016 Boghossian Foundation Prize, is difficult to categorize – a collector, a designer, an artist – her installations show a craftsman’s skill and a fascination with material. Graduating with a BA in Graphic design at the Lebanese American University, Dalle’s earliest experimentations began at home, creating fantasy worlds staged in her mother’s closet. An obsessive collector of old Photographs, she became a regular at antique shops and flea markets. Her collection of eccentric objects can be found around her workshop, including crafts from the 18th and the 19th centuries.

Rumi Dalle has travelled to different countries to learn firsthand about disappearing crafts from the people still practicing them. In Ireland, she did workshops with a felt-maker; her experiments with the material formed the basis for her first commercial installation in 2012, a window display for an Eyewear Boutique, The Counter.

As an installation artist, with a number of projects in the works, Dalle is currently revisiting materials in new ways, though she’s planning research trips to discover more folk crafts to integrate into her work. Whereas of many of these traditional crafts are on the edge of dying out, Dalle’s path of curiosity is also one of preservation. She’s an archivist of sorts, drawing attention to distant crafts traditions and translating them to new cultures and generations.