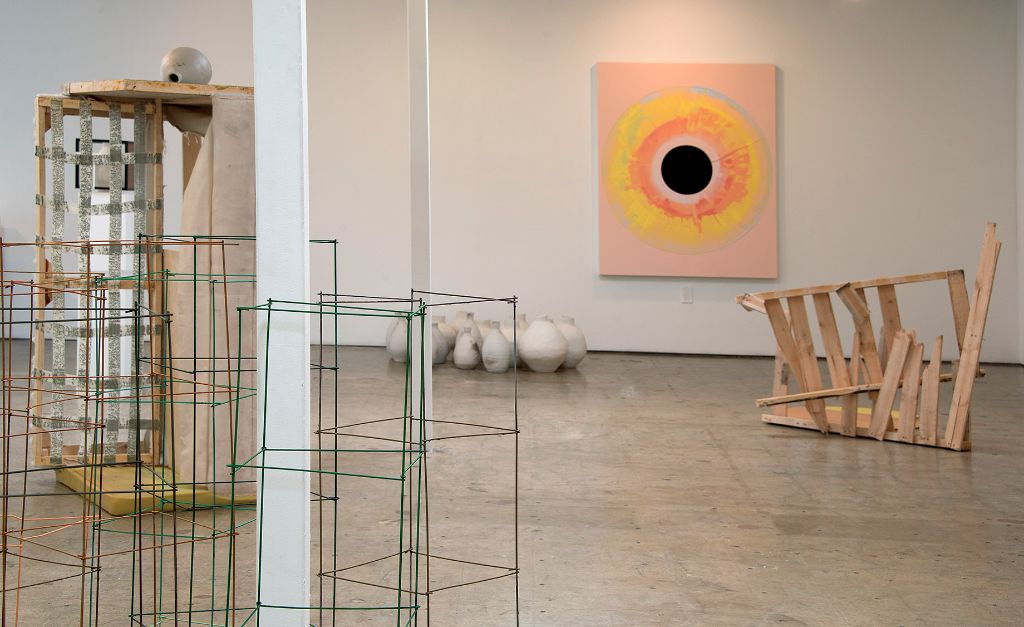 As Artist Lab Resident at 18th Street Arts Center, artist Elena Bajo develops a site-specific body of work that examines botanical, topographical, and textual elements to reveal the layers of the everyday and the specific temporality of social encounters born out of her residency. Bajo contemplates local indigenous shamanism as political dissidence, the universal history of magic, and the continuous suppression of stifled histories of revolutionary women by political systems via colonization and witch-hunting.

During her exhibition, With Entheogenic Intent (Burn the Witch), the space will fluctuate constantly as an environment where new spells will be cast and new historical elements undertaken. Local artists receive a text piece that they interpret and respond to. The result is a revolving exhibition of ideas, which are removed, abandoned, and replaced for others.

Isabelle Le Normand is an independent curator based in Los Angeles. For six years, she was director of Visual Arts and curator at Mains d’Œuvres, a multidisciplinary space in the north of Paris where she curated over 30 exhibitions. She has also curated independently in Paris, Los Angeles, Bourges, Budapest, and Marseille.

Alice Wang was born in the ancient city of Xi’an and lives and works between Los Angeles and Toronto. She teaches art and critical theory at the University of California, Santa Barbara for a living, and makes films, videos, drawings, sculptures, photographs, webpages, and sometimes she writes. She is currently working on an experimental mini-series about a form of invisible energy ––that can be used to destroy ICBMs in outer space as envisioned during the Cold War, or channeled through the body as Qi, like Ryu’s Hadouken move–– called Dead-light.

Elena Bajo’s Artist Lab Residency at 18th Street Arts Center and all associated events have been made possible through the generous support of the Los Angeles County Arts Commission and The Andy Warhol Foundation for the Visual Arts.