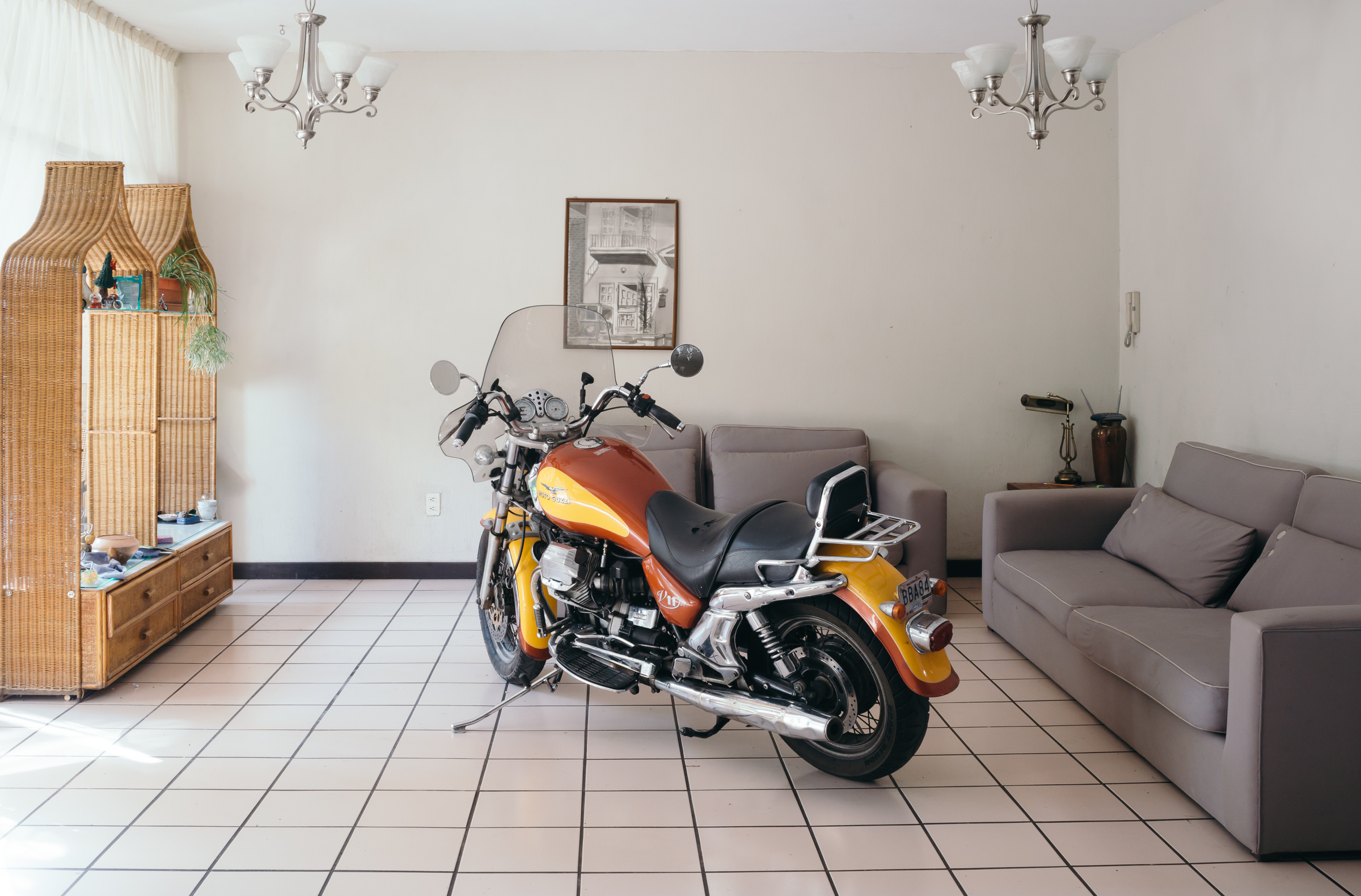 Following her performance in Griffith Park in January as part of the Pacific Standard Time Festival: Live Art LA/LA, Carmen Argote’s 9-week Artist Lab Residency in 18th Street Arts Center’s Main Gallery will continue her exploration of artistic flow, risk-taking, and her relationship with her father through the process of learning to ride a motorcycle.

The work in the gallery, titled If only it were that easy… will be created as visual expressions of the new modes of thinking that emerge for Argote as a burgeoning motorcycle rider, a process that demands that the rider exist in the immediate present and in their body. The objects and works created will explore the experience of becoming an aficionado, actualizing desire, and the social exploration of motorcycle riding as a cognitive dream space akin to the “zone” or “flow” of artistic creation. The gallery environment will be based on shapes created by the overlapping of floor plans from her childhood home in Pico-Union, her father’s house in Guadalajara, her live/work studio in Lincoln Heights, and other architectural references of personal significance. The exhibition marks a new phase in the artist’s preparations to complete a cross-border journey from her father’s house in Guadalajara, Mexico back to Los Angeles, reversing a trip Argote’s father undertook nearly two decades ago when he absconded with the vintage Moto Guzzi California V11 EV motorcycle that his daughter now intends to reclaim. The motorcycle road trip, long associated with youthful masculinity and rebellion, and with transgression of both borders and social norms, offers a chance for Argote to realize her own great adventures across a transnational landscape.

The Opening Reception for Carmen Argote’s Artist Lab and Exhibition is on February 24, 2018 from 6-8 PM.

Carmen Argote (b. 1981 in Guadalajara, Mexico) is a Los Angeles-based artist focusing on the exploration of personal history through architecture and the spaces that she inhabits. Her work has been presented in solo exhibitions at Commonwealth & Council (2016), MAK Center for Art and Architecture (2015), Adjunct Positions (2015), and Human Resources (2014) in Los Angeles, Shulamit Nazarian Gallery in Venice (2016), and the Vincent Price Art Museum at East Los Angeles College (2013). In 2016, she completed an MTA commission for the Metro Expo Line station at 17th and Colorado in Santa Monica, adjacent to 18SAC and Santa Monica College. Argote received her MFA from UCLA in 2007, and was an artist-in-residence at Skowhegan in 2009.