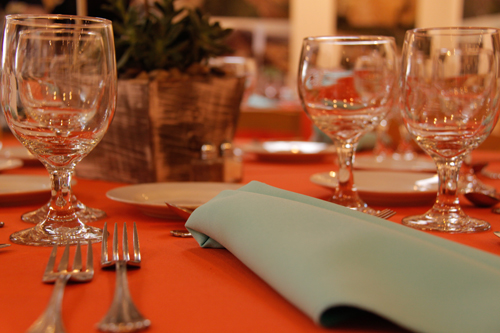 Los Angeles, CA – 18th Street Arts Center, a vibrant artist residency and community resource for public engagement in the heart of Santa Monica celebrates its 24th year with its Annual Benefit Dinner on Saturday, April 21, 2012. Hosted on 18th Street’s campus, the intimate dinner joins friends together in celebration of 18th Street’s many successes as an internationally recognized creative community supporting contemporary artists and culture. A special lifetime achievement award will be given to 18th Street’s co-founder, Susanna Bixby Dakin for her work as an influential artist, arts advocate, and philanthropist. In addition, this year 18th Street honors the Alliance of Artists Communities for its 21 years of advocacy and support to artists’ communities, advancing the endeavors of artists nationally and internationally.

The Alliance of Artists Communities is the national and international service organization for the field of artists’ communities, colonies, and residency programs, representing over 500 organizations in the U.S. and 1,000 worldwide. The Alliance gives a collective voice on behalf of its members, small and large, that leverages support for the field as a whole; promotes successful practices in the field; and advocates for creative environments that support the work of today’s artists. “The Alliance of Artists Communities has been a tireless supporter of California artists for years. In addition, the work the Alliance does in advocating for creative spaces in general, bringing new financial sources to the field and creating invaluable networking opportunities is exceptional,” says 18th Street Arts Center’s Executive Director, Jan Williamson.

For her lifetime of exceptional achievements, Susanna Bixby Dakin, is being honored. Long before they were popular causes, Sue, a fourth generation Californian, was a champion for peace, artists and the environment. An artist herself, she supported dozens of now famous Southern California performance, new media and public practice artists. She is recognized for her work as the publisher of the alternative art review, High Performance Magazine, which ran as a quarterly from 1977 to 1998, and as co-founder of 18th Street Arts Center, along with Linda Frye Burnham, founder and editor of High Performance Magazine. Following in the footsteps of her grandmother Susanna Bixby Bryant – a rancher and founder of the first botanical garden dedicated exclusively to California native plants, Sue has been an ardent defender of indigenous and organic family farmers, and their heirloom seed crops, for much of her life. As a mother, she sought to bring the Quaker principles of social justice and peace into public education and defend the value of the arts as among the most basic of “basics”. As an artist, Dakin’s most famous artwork was the 1983-84 political campaign, “An Artist for President”, in which she ran a serious campaign for President of the United States as an artist. Her recent book about this daring and insightful journey entitled, An Artist for President; The Nation is the Artwork, We are the Artists, was published by Hyphen Media in 2011.

Benefit Dinner attendees will kick off the evening with cocktails, hors d’oeuvres and tours of artists’ studios. Guests will be lead on private tours of the campus where they will have the opportunity to learn more about the work of local and international artists in residence in an intimate setting where their ideas are generated and their work takes shape. During the reception portion of the evening, attendee’s will enjoy the culinary skills of celebrated chef Abigail Chilton ofAlligator Pear Catering while dining amongst a dynamic survey of works by California Artists represented in the Alliance of Artists Communities’ Visions from the New California exhibition. Curated by Mark Steven Greenfield (for 18th Street Arts Center) and Lauren Davies (for Kala Art Institute in San Francisco), this two-city exhibition features recipients of the ‘Visions from the New California’ Award provided to under-represented California artists each year by the Alliance of Artists Communities and The James Irvine Foundation. Artists featured at 18th Street are Ala Ebtekar, Joanne Hashitani, Prajakti Jayavant, Bessma Khalaf, Matthew Mullins, John Ruszel, Ethan Turpin, Suné Woods, and Andre Woodward.

A highlight of the evening will be the interview and lively discussion lead by Hunter Drohojowska-Philp, art critic and author of Rebels in Paradise; The Los Angeles Art Scene and the 1960s, with one of the iconic, renegade artists featured in her book, Larry Bell. Drohojowska-Philp and Bell will hold an informal discussion about Southern California artists and art that is sure to entertain and enlighten.

Specializing in the topics of art, design and architecture, Ms. Drohojowska-Philpis an accomplished journalist and art critic who has contributed to multiple art periodicals, newspapers and radio stations. She has held positions as the chair of the Department of Liberal Arts and Sciences at Otis College of Art and Design and as an art critic for the L.A. Weekly, architecture and design editor of L.A. Stylemagazine, and is a regular contributor to the L.A. Herald Examiner.

Larry Bell is a contemporary artist and sculptor whose work has been shown in numerous museums and public spaces in the United States and abroad over the course of his 40-year career. Bell is often associated with the ‘Light and Space’ movement prominent on the West Coast in the 1960s.

To further enhance the experience, a raffle open to both attendees and non-attendees, will be held during the Benefit Dinner. Funds raised will directly support the residency of South African photo-based visual and performance artist, Nadine Hutton, scheduled to arrive at 18th Street in May 2012. Nadine Hutton is both an experienced photojournalist, and contemporary artist whose practice encompasses visual and performance art as well as video installation to explore social issues such as gender and sexual orientation. The Africa Centre has generously provided the funds for Ms. Hutton’s travel expenses. Lodging and board expenses, operational and administrative costs as well as Ms. Hutton’s artist stipend have not yet been secured. 18th Street hopes to complete the funding for this residency through money raised from raffle ticket sales. By purchasing a $25 raffle ticket (or 5 tickets for $100) supporters are entered into a raffle to win an original artwork from one of the following renowned artists: Lita Albuquerque, Charles Christopher Hill, Ala Ebtekar and Vincent Ramos.