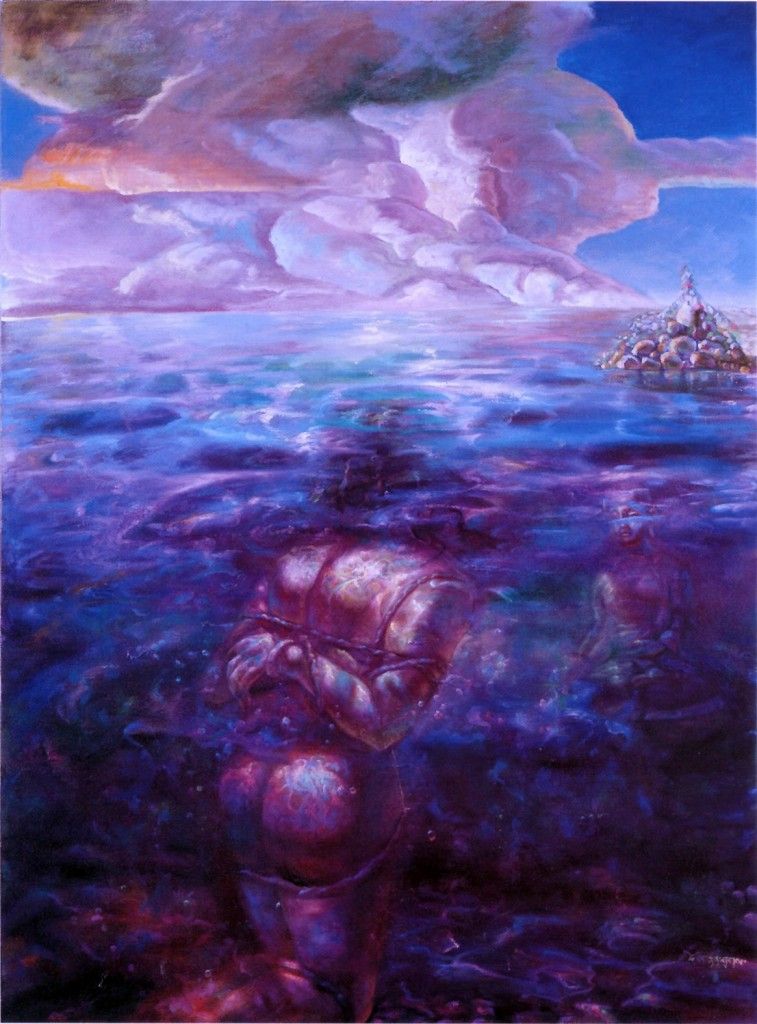 Tsering Nyandak is the first Tibetan artist to be in residence at 18th Street. He lives and works in Llasa, Tibet, and is part of a dynamic community of contemporary painters and visual artists. During his residency he developed new paintings, but also shared his knowledge of the Tibetan contemporary arts scene, which is generally under-represented in the West where we tend to think more of their traditional culture.

Nortse was born in Lhasa in 1963 and from 1980 to 1991 studied art at various schools, including Tibet University in Lhasa, the Central Arts Academy in Beijing and the art academies in Guangzhou and Tainjing. His early artistic expression as a stage designer coupled with his academic training can be seen in his striking mixed media works. Included in his oeuvre are profound photographic statements as well as portraits in oil on canvas. His work deals with issues which are as relevant to London as Lhasa: global warming, environmental degradation, overpopulation, alcoholism among the young, and the desire to form one’s own identity in a world of mass media and the erosion of culture and tradition.

His work has been exhibited in Beijing, Colorado, Konigswinter, London, Lhasa, New York and Santa Fe and is held in collections worldwide.